Mariana and Carlos, “angels” who helped Polly after being run over 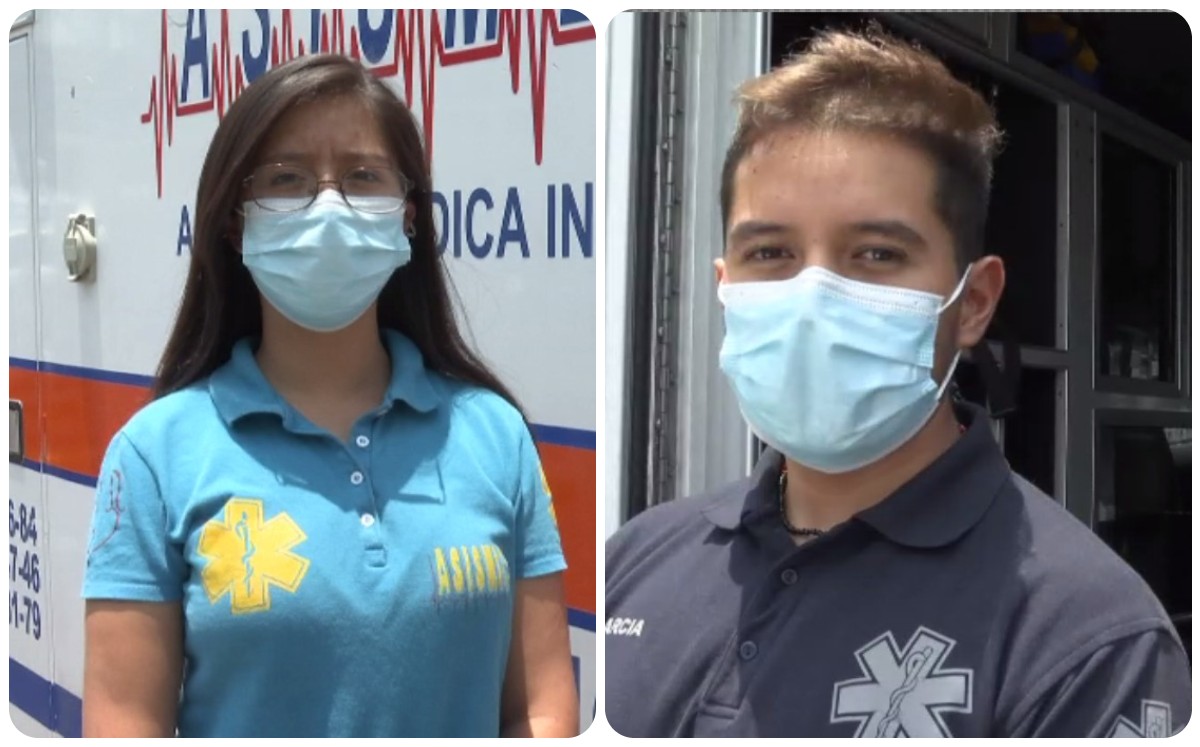 In order to Mariana and Carlos It was a calm guard, it was almost serene, but around 5 in the morning of June 12, 2021, they received several alerts on social networks about a car that ran over two young people in Viaduct. Upon hearing the news and realizing that it was going “viral”, they decided help the girls.

Mariana Rodríguez, a technician in medical emergencies, told in an interview which was around 5:20 in the morning when they arrived at Carlos Pereyra and Viaduct, in the Viaducto Piedad neighborhood in the Iztacalco mayor’s office. Upon reaching the incident area, they found a person lying, “She was very combative, very no! Leave me at my house and I’ll go, let go of me! And she didn’t want us to take care of her ”,“ her friends also around her, take care of her, please! ”, She said.

Carlos García, a technician in pre-hospital medical care, recalled that they acted immediately, because when they saw María Fernanda Olivares Polly, determined that his condition was serious. “At first she could articulate words perfectly and talk to us, even in her confused state she asked us to leave her, that she was fine, that nothing was wrong, that we leave her at home,” he said.

According to these young paramedics, in minutes they put her in the ambulance to take her to the Xoco Hospital, in the Benito Juárez mayor’s office. The journey was approximately 20 minutes, which although, for those hours of the morning, is short, for them it was very intense, since the health of Polly got worse, “And I manage to observe that have very strong active bleeding, which was splashing the entire care table of our ambulance, for which I told my partner at that moment that we have an active bleeding and that it has to stop now! ”, Carlos spoke.

Along the way, Mariana and Carlos managed to unlock their cell phone with their fingerprint so that they could tell their relatives what had happened.

When you arrive at the hospital, Polly received medical attention from the institution’s staff. They finished this service after 6 in the morning.

According to the medical report, María Fernanda Olivares, entered with broken head and injuries to a large part of the body“He had the tire marked on his chest and abdomen and his arms, on both arms, on both legs, which are lower upper extremities, chest, chest, all totally with abrasive and avulsive wounds,” said Mariana Rodríguez.

For Carlos García, the face of the young woman who today is torn between life and death, had nothing to do with the Polly that appears in social networks, “She was a girl, so you can see who liked to dress up and so on, and unfortunately how we found her then his face was unrecognizableI’m telling you that the entire right side of his face had this avulsive wound ”.

“This means that there was a partial shedding of the skin, which actually took Polly’s ear.”

During the interview, Mariana and Carlos also said that other of their colleagues were in charge of the care and transfer of Fernanda Cuadro.