María Eugenia Vidal supported Rodríguez Larreta: ‘If someone always turned the other cheek, it is Horacio’ 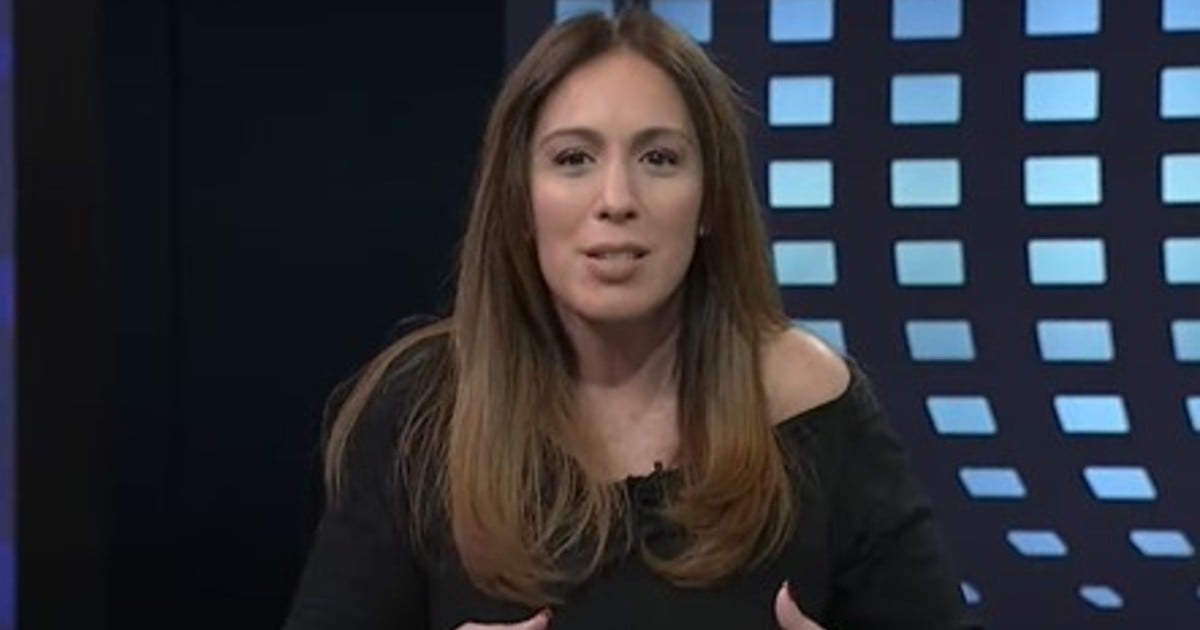 The former governor of the province of Buenos Aires, María Eugenia Vidal, supported her friend Horacio Rodríguez Larreta before the bid between the nation and the city for face-to-face classes by stating that “if someone always turned the other cheek, it is Horacio.” The support was before Alberto Fernández, but also before the intern of Juntos por el Cambio.

In his media tour for the presentation of his book, he said that “from the national and provincial government (of Axel Kicillof) we saw how increasingly the pandemic was politicized, so much so that there was talk of not doing it. “

“It became politicized when it began to be seen if the runners were the ones who brought the virus, if the City was the one that started with the pandemic or not, if vaccines were for militants or officials. There it became politicized, “he listed in dialogue with Jonatan Viale in LN +.

“I think if there is someone, even in front of criticism of own and others, who has always turned the other cheek and has always gone to the Casa Rosada, and has always tried to reach a consensus, it is Horacio “, Vidal closed ranks, who highlighted Rodríguez Larreta’s will for dialogue” even when they took resources from the City ” .

“Three days later, Horacio was sitting down trying to agree on measures for the pandemic,” he said.

“If there is someone who has wanted to talk here, it is the City. And I hope, the President still has time to reflect, to realize that this is not the way, not to leave to the hands of Justice something that politics has to solve“he continued.

Without naming Patricia Bullrich, he said regarding the differences or internal criticism that from Together for Change the head of the Buenos Aires Government can receive that he “works 12 hours a day, think about the pandemic, he does not fight or get hooked with the things they say to him. “

“I applaud do not spend a second or to the intern, neither to answer to the President, nor to the Chicana, “he continued.

In addition, on the internal JxC he coincided with the position of the Buenos Aires head of government: “I am not going to dedicate, as I never devoted a minute of my time to an intern of my political space “.

“I feel that firmness is exercised, it is not proclaimed. I don’t think one is firm because I tweet, because he posts something on Instagram or because he stops to give a speech with a megaphone. I think that one is firm when one gives the fights that it has to give in reality, “he shot.

The reference sounded as a direct message to Bullrich’s participation in different protests, with megaphone in hand,

“I prefer the other President”

For the author of the book “My way“, President Alberto Fernández must” call for dialogue again and try to reach an agreement to define a common path that gives us all peace of mind“.

“I feel that the Argentines we are very exhaustedYes, we have had a pandemic for more than a year, we are tired and we need peace of mind and certainty. What we are seeing is that Justice has to intervene for something that politics cannot solve. That is the first confusion, “he analyzed.

He also opined that classes “can’t be a power fight”.

“You don’t get out of this by seeing who is right, but by seeing what is best for the people. And stop tensing, especially from the National Government and from the President in particular, who is the one who should put himself above and summon both governors to find a solution to this, “he accused.

For Vidal, authority is not imposed rather, “it is won consistently, calmly, with professionalism and with advertisements that are fulfilled.” “You win, sometimes apologizing when one is wrong, without pride and without intolerance, “he continued.

In this regard, he argued that Argentines hope that whoever governs will do so, not “from fear or from imposition”, but “by listening, agreeing and with evidence“.

“I prefer that President who was surrounded by Axel Kicillof and Horacio Rodríguez Larreta, and who transmitted consensual decisions to us, to this one that speaks for National Network and raise your finger challenging us“, he concluded on the subject.

The price of second-hand housing in the Region of Murcia rises almost 1.5% in April compared to last year