María Eugenia Vidal met in Washington with Luis Almagro, the Secretary General of the OAS 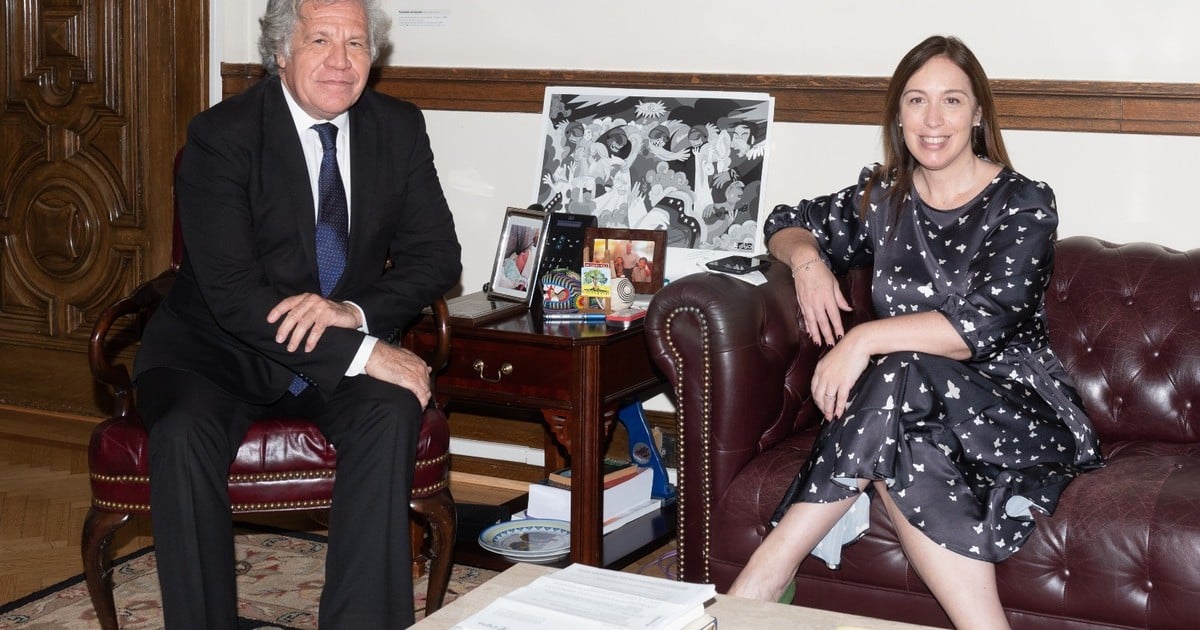 The former governor of the Province of Buenos Aires Maria Eugenia Vidal he moved away for a few days from the strong party internal in Argentina and landed in the United States for a series of meetings with officials of international organizations, analysts, academics and American investors interested in our country.

The former official seeks a low profile tour, although he knows that upon his return he will have to make the decision of where he will present his candidacy for this year’s legislative elections. But many who follow Argentine politics closely here are eager to learn first-hand the role of the opposition in these critical moments of the country and also the ideas of one of the potential candidates for the presidency in 2023.

“I traveled to hold meetings with the OAS, in order to hold conversations with their work teams, in addition to visiting some international organizations and NGOs that work on different projects in the region, and thus continue to learn and prepare for the challenges it faces. Argentina ahead ”, said Vidal briefly.

The former governor met this Friday in Washington with the Secretary General of the Organization of American States (OAS), Luis Almagro, with whom she has a close relationship since the Uruguayan appointed her in February as head of the Electoral Observation Mission (EOM). ) in El Salvador. She has yet to deliver an official report on that mission to the Permanent Council.

In a tweet after the meeting, Almagro said that they talked about the work he will do with the Secretariat to the strengthening of democracy and “the political participation of women in electoral processes.”

But outside the formal sphere, Vidal had dinner with Almagro on Thursday night and there they addressed in a more relaxed way regional issues, Venezuela and also the situation in Argentina. The diplomat has had strong clashes with President Alberto Fernández and Foreign Minister Felipe Solá, especially due to the situation in Venezuela and Bolivia.

Vidal began his agenda in Washington earlier Thursday, with a private meeting with members of the InterAmerican Dialogue, commanded by President Michael Shifter, where she spoke about the country’s challenges.

“Vidal is a very important leader of Juntos por el Cambio and a highly relevant political figure at the national level. Beyond the decision that she will make regarding the elections in November, everything indicates that she may be an option as a presidential candidate in 2023. Therefore, sHis point of view on the main economic, social, and political challenges facing the country, and his proposals on how best to deal with them, are of great interest. for all who follow Argentina and are interested in its future, “Shifter told Clarion.

In addition, he added, “as a national leader of a country as important as Argentina, his ideas about political trends in Latin America and his perception of the role of the United States and China in the region are also of great interest.”

Then Vidal met with Argentine officials from various international organizations such as the Inter-American Development Bank, the World Bank, and the International Monetary Fund. As he knew Clarion, the former governor had no formal contacts with the IMF.

On Saturday he travels to New York, where he will meet with the members of the Council of the Americas, a think tank a regular visit by politicians from Argentina, with academics from Columbia University and also with investors.

Vidal is the first opposition leader to arrive in this country in recent times, when the United States is already beginning to talk about the normality of the post-pandemic. The message that he will seek to convey is that there is an alternative to the Front of All and that Together for Change, beyond the struggles for the candidacies, it has several possible candidates for the presidency of 2023.

Vidal will display his idea that no one can solve problems without the help of the entire political arc and that they are willing to support a program with the Fund if it is consistent, reasonable and with clear goals.

Vidal will precisely coincide a few days in the United States with the president of the Chamber of Deputies, Sergio Massa, who will be the highest-ranking official of the Alberto Fernández administration who arrives in this country.

Massa begins his agenda on Sunday in Washington, with a meeting with Juan González, special adviser for the region to President Joe Biden, and continues his week with meetings with legislators and representatives of the Democratic government. Next Thursday he will meet in New York with representatives of the Council of the Americas and the American Jewish Congress and will have a heads-up with former President Bill Clinton.