María Eugenia Vidal hardens in the final section and points to the K: ‘They want you donkey, poor and subdued’ 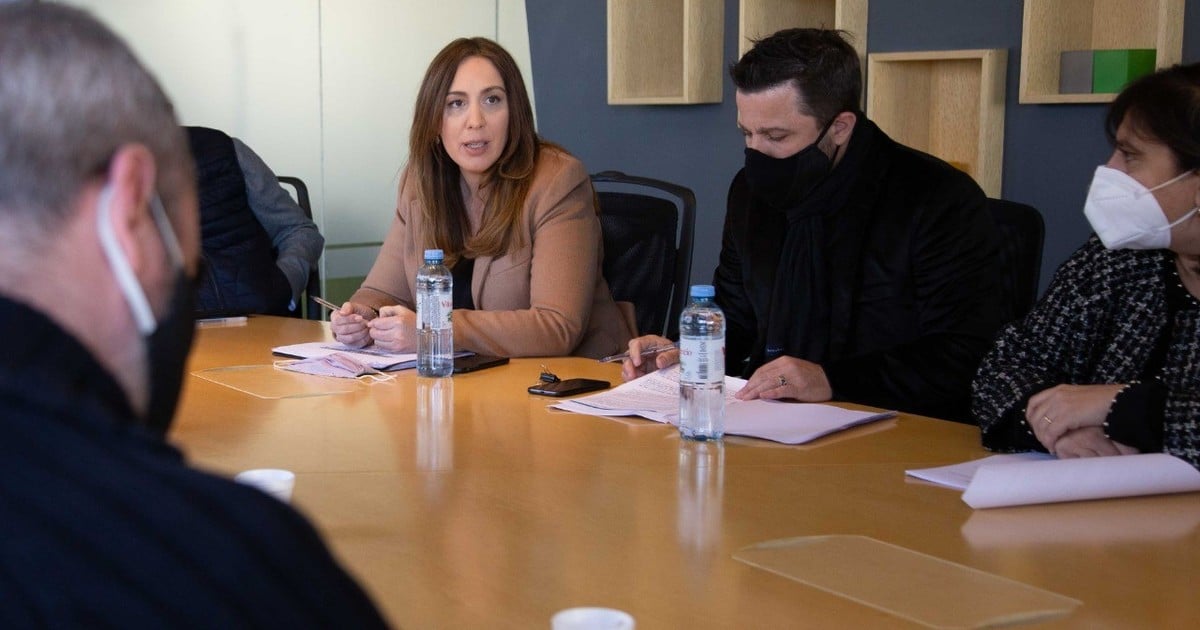 At the PRO headquarters in San Telmo, María Eugenia Vidal brought together the main references of the Buenos Aires list of Vamos Juntos and made known to the press what the campaign proposals will be ahead of the STEP on September 12.

Is about 23 initiatives covering four areas such as education, work, youth opportunities and the end of privileges, which were reached by consensus at the small party table and with the rest of the coalition members.

This Wednesday, from 8.30, The proposals will be presented publicly in an act in Parque Patricios, which will include Vidal, Horacio Rodríguez Larreta, Patricia Bullrich and Martín Lousteau, awaiting confirmation from Elisa Carrió and former president Mauricio Macri.

As prior to that act, Vidal and several members of his list gave details of the initiatives that they will carry out in Congress if they are elected. With the first candidate for national deputy were his second on the list, Martín Tetaz, the third, Paula Oliveto, the first candidate for legislator Emmanuel Ferrario and the campaign manager and secretary of international relations of the City Fernando Straface.

In the section called Education and Progress, from Vamos Juntos, initiatives such as “the always open school” and “compulsory training practices at school” are highlighted.

Vidal charged against the ruling party for its educational policy in the pandemic. Said: “They want you donkey, poor and subdued“And asked for the future agenda K. “We are not going to accompany a law that gives superpowers to the President“It is one of them, since they argue that if the pandemic initiative presented by Kirchnerism in 2020 is reactivated, Alberto Fernández could be given the power to determine the suspension of classes at any time and without the need to consult him.

The economist Martín Tetaz, Vidal’s running mate, promotes different laws, including one that aims to reduce taxes on work for the worst hit sectors (gastronomy, hotels, tourism) and a new moratorium on work taxes for SMEs.

Tetaz plays a double role internally on the ballot. On the one hand, it is the main reference as an economist from the list and a counterpoint, within matching characteristics, with which Ricardo López Murphy represents, another of the pre-candidates of Vamos Juntos en las PASO that is giving a headache to Horacio Rodríguez Larreta’s candidate in the intern. Tetaz also means a option to counter an outsider like the libertarian Javier Milei, which is shaping up to make a competitive choice and goes off the list.

Perhaps the most daring proposal from the economic point of view has to do with guaranteeing a “Independent Central Bank to curb inflation”. “Only four countries in the world have more inflation than Argentina and nowhere is it controlled by suspending exports or with maximum prices,” says the text in which the proposals are enunciated.

And it is added that “we need to get the banknote machine out of the President so that he cannot appoint or remove the board of the Central Bank, so that the monetary authority concentrates without political pressure on its only mission: to sustain the value of the currency. To believe in the peso again, you don’t have to limit the dollar, you have to take care of the peso. “

How to get to centennial electorate it is one of the main objectives of most of the political spaces in the next elections. And from Together for Change they will place special emphasis on that search, trying to direct the largest number of proposals to that sector of young people who are between 16 and 25 years old, especially.

In a large part of that public, Milei has also managed to impact favorably, although the City government has been working for a long time on how to reach them and how to understand their concerns. “They don’t want you to go looking for them, to impose an idea on them. In any case, they join the proposal that you make to them by their own decision,” a Buenos Aires official often says about today’s youth. “They do not militate for it, that’s why they come to La Cámpora, for example, as a structure of the old politics,” he says.

There will be five proposals that Vidal and company will promote if they are voted, such as the conversion of plans for young people into work and one called “my first job”, with incentives for those who hire young people.