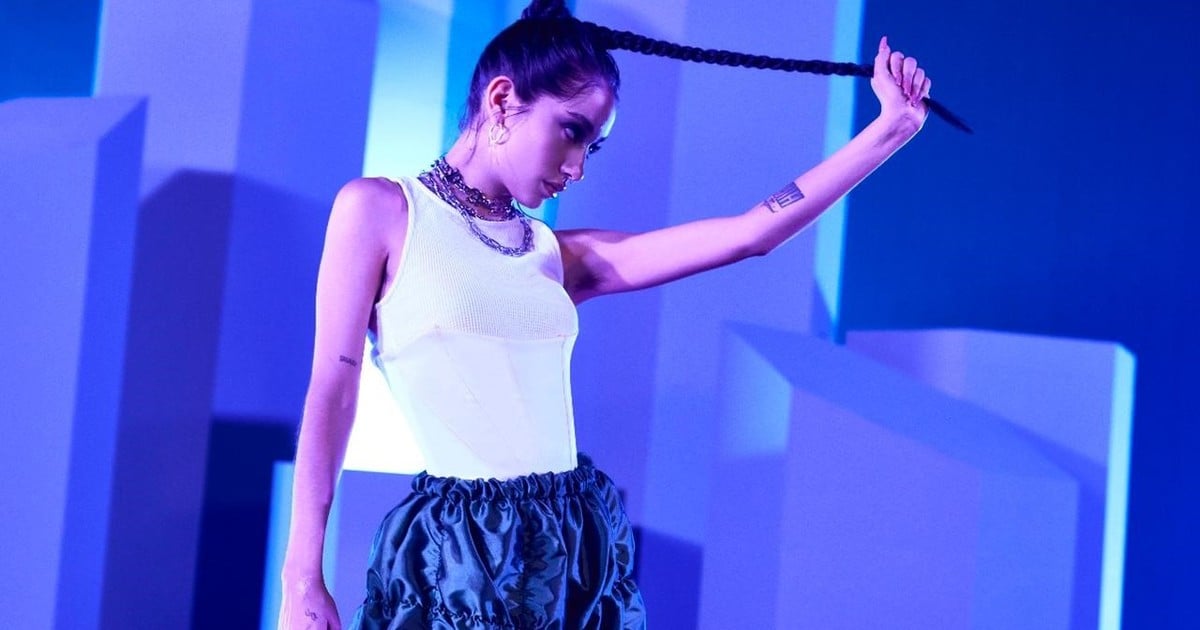 Maria Becerra he is at the height of his career as a music artist and his popularity is growing. Without going any further, the 21-year-old from Quilmeña broke a record on Spotify and, in addition, unleashed the fury of his fans by announcing the dates of his upcoming recitals.

With 20.8 million views on this platform, it became the Most listened to Argentine singer, thus surpassing Paulo Londra (20.7 million), who still cannot release new songs due to the legal dispute he has with his producers, from the Big Ligas label.

On the other hand, Becerra communicated the string of shows that he will perform during October and November of this year and his followers they sold out in just minutes.

It is that it is the first time that the artist will meet face to face with your audience, since its takeoff on the music scene was in the middle of the coronavirus pandemic and the protocols did not allow massive events in closed or open places.

His debut On stage it will be on October 22, at the Gran Rivadavia Theater, located in the Buenos Aires neighborhood of Floresta.

Given the great demand from fans, the singer reported this Monday night on her official Twitter account the enabling of three new functions.

“God I can finally give you this beautiful news, my first live show ”, He wrote on his social networks, adding: “They woke me up today with a call that said the functions of the 23rd and 24th were also sold out in minutes.

As the dates were being completed, Becerra announced new opportunities for her fans not to be left without seeing her live and direct.

“So we send more dates? You didn’t tell me that I don’t leave anyone without tickets”, “So what do I do? I get more functions?” ke “and” There are new functions: November 11, 12 and 13 “are some of the tweets published.

Who is María Becerra

María Becerra was born on February 12, 2000 in Quilmes, Buenos Aires, and at 21 years of age she became the most listened to Argentine artist on the Spotify platform with more than 13 million monthly listeners.

His career started at 12, uploading videos to Facebook, and 3 years later a parody monologue went viral that led her to open a YouTube channel, where she began to share dance, singing and blogging tutorials.

In September 2019 he released his debut EP, 222, and his rise to fame was consolidated in November of that same year with the song High and the subsequent collaboration with another artist of his generation, Tini Stoessel.

Unusually, María Becerra still unable to provide a live show due to the coronavirus pandemic, but in his interview with Jey Mammón he revealed that a plan is already underway to be able to do a recital in October, if the restrictions and the health situation due to Covid-19 allow it.

In addition to singing along with Argentine colleagues such as Cazzu, Duki, Tiago PZK and Khea, Becerra also worked with foreign artists such as Lola Índigo, Rauw Alejandro, Lenny Tavárez and J Balvin, the latter being the one who accompanies her on the hit song. What else then?.