Marco Van Basten: “It’s not that he played with pain; he lived with pain” 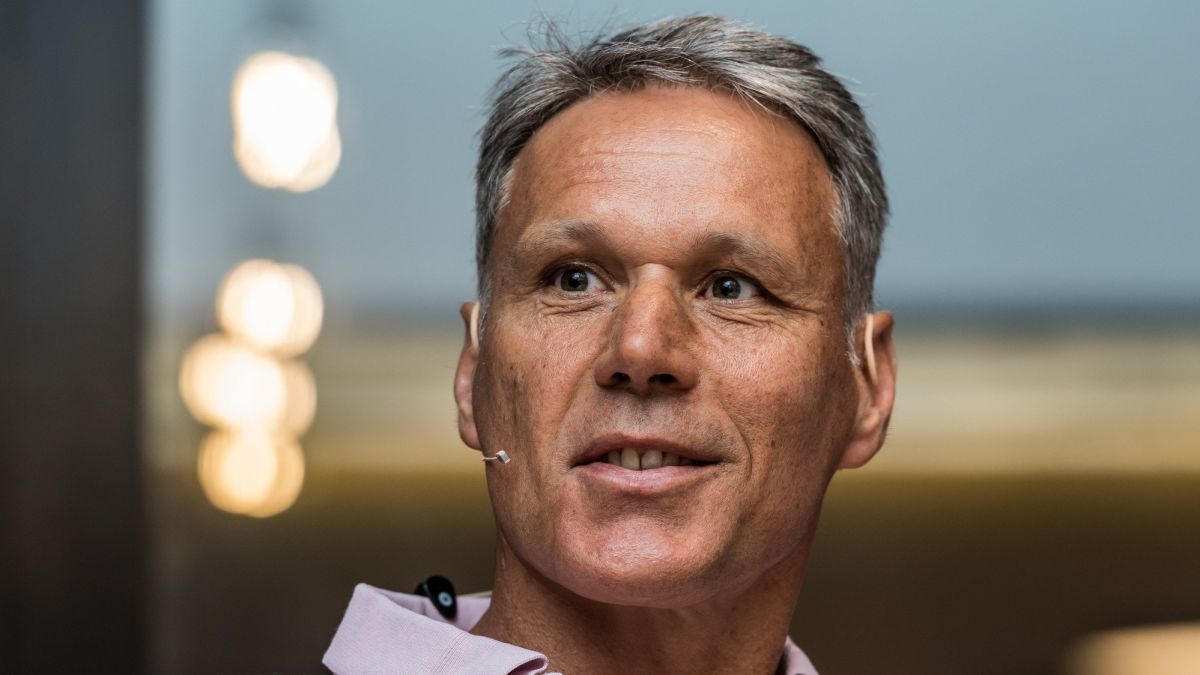 In your book the figure of Johan Cruyff appears constantly, with very good moments and others of distance, with the perspective of time, how do you judge his figure?

It is fundamental, he was my idol, my advisor, my sports father and the person who has most influenced modern football. This was one thing before Cruyff and another thing after. His influence on the game was brutal as a player, but more so as a coach. His influence is still noticeable with Guardiola.

Is it difficult to be trained by your hero?

I made my debut as a substitute for him, I faced him when he played for Feyenoord and then he was my coach and my advisor. For him I did things, like playing with pain, that perhaps with someone else I would not have done.

Is what could have come when he was training Barça legend or does it have a reality basis?

It’s true, but it was never close. There were contacts with him, but at that time the Italian League was more than the Spanish one, I was very comfortable in Milan and Berlusconi was not very keen on letting me go.

“There were contacts with Cruyff to go to Barça, but Italy was a better league than Spain and Berlusconi didn’t see it clearly”

At that time you played alongside Rijkaard, did you ever imagine that you would be a coach?

Not at all, he was always joking, telling jokes and taking life with joy, quite the opposite of me. At Milan he was the happiest guy in the world because he wasn’t obsessed with football. Later, when he returned to the Netherlands and played central, he became more focused. He always had a privileged tactical vision, without him, Sacchi’s Milan would not have existed. It was balance, technique, and strength. I had it all.

Did you think the same with Koeman?

“I never thought that a guy like Rijkaard would be a coach, with Koeman it was the opposite, he’s a football animal”

Not at all. It was clear that he was going to be a coach. It has always been a soccer animal. Eat soccer, drink soccer and live for it. He is doing very well in Barcelona, ​​where he arrived in a very difficult situation.

You grew up in a culture like Ajax based on the Cruyff idea of ​​attacking football and ended up triumphing in Italy, how did you experience that change from Cruyff to Sacchi?

Complicated, but interesting. I grew up around the ball and thinking about the offensive phase, with Sacchi I acquired a new vision.

“Sacchi lived obsessed with tactics, at night he shouted slogans in his dreams”

But did you enjoy it? in the book he states that “we won because we defended well.”

But we were also good in attack. Sacchi was obsessed with tactics.

Is it true that at night he woke up the players who slept on the same floor of the hotel because while sleeping he shouted defensive slogans?

Absolutely (laughs) he was yelling “offside” and other instructions. I thought 24 hours about football.

Did you ever lose sleep over soccer or dreamed of soccer?

“Messi is wonderful, but Maradona was a true captain, a strong leader”

I dreamed of scoring goals, but as a player I slept peacefully, but when I was a coach I did stop sleeping. He didn’t have that gift. He suffered too much.

Do you rule out sitting on a bench or even training young people?

I don’t see myself with kids, I focus more on professional football, but not on the benches.

How was your relationship with Maradona when you met in Italy?

“What surprises me the most about Haaland is his effectiveness being so young, the physique? Now everyone is stronger and faster than us”

Of admiration and respect. He was wonderful as a footballer. As a person I got to know him better when we were already retired and I worked for FIFA. He seemed like a great person very concerned about the well-being of the players.

In multiple documentaries, Maradona explains that in his time the northern clubs like Milan, where you played, had an advantage over Naples, but your version in the book is totally the opposite, he even talks about “Scudetto stolen”, can you explain it to me?

It was in the 90’s, I think. Only one team went to the European Cup, but the rule changed and if you won the European Cup, the league champion team could also go to the competition. We won the European Cup and in Italy they did everything possible and impossible for Naples to win that League and have two Italians in the highest competition. The refereeing scandals against Milan, Inter and Verona were incredible and the favors for Naples were constant. Napoli won by decree. The game they were given in Bergamo with Alemao simulating an attack when they lost 2-0 was tremendous. They won that key game in the offices.

“We got involved with the VAR, it was for flagrant cases and it makes us argue about trifles”

In your book you discover that Michels vetoed Cruyff as a coach in the Eurocup out of jealousy and so that he did not surpass him in the record, were you ever jealous of a player?

No, just curious. He was studying them, but now he can look at Maradona, who you can’t copy from him.

You who played against Maradona, do you accept Diego’s comparison with Messi?

They are both wonderful, Messi is more constant but Maradona was more of a leader, a true captain. A fighter.

What do you think of Haaland, is he the prototype of the physical striker who will put an end to the elegance that you, Romário or Bergkamp embodied?

“Guardiola is the one who best interpreted Cruyff”

The first thing to say about Haaland is that his numbers are impressive for his age. And then add that football is now much better in everything: the players are stronger, faster, more technical. It happens like in golf. Now everyone throws the ball further. Haaland is not only strength, it has the ability to decide in a small space. Zlatan has already shown that corpulence is not incompatible with technique.

Speaking of modern football, how about VAR?

I was at FIFA when we started to study this tool. The idea was to correct flagrant errors, but the result has been the opposite, now we discuss unimportant things, trifles that were clearer before. We have not bundled. The hands were clearer when I played.

Danny Cruyff told you after the death of your husband that you and Pep were always Johan’s favorites, how do you get along with Guardiola?

He seems to me a very interesting person and the best Cruyff heir. It doesn’t matter who I coach, if one of his teams plays I sit down to watch the game. Even with Bayern. Sometimes I think he is more Cruyff than Johan himself. Without a doubt, Pep is the one who best understood Cruyff.

After reading his reflections on when to quit football, it’s hard not to get excited. Understand that you should ask him about the process of his early retirement, how did he experience it?

It was very hard, I lost my life, what I loved the most, but let it be clear that my defenses were not removed, the doctors removed me, who did not know how to cure me.

How many times did you play with pain?

In recent years, always. But he not only played with pain, he lived with pain. My life was not normal.

Did it affect you psychologically?

A lot of. It was worse than losing a great love, I lost my life. I tortured myself wondering why that was happening to me, but God never sent me a letter to explain it to me.

Was the decision to withdraw the result of a process of reflection or was there a day when it was said: “Marco, stop and we have come this far?”

Both. I could see that I was not recovering and that no one could help me. I was trying and one day I said enough.

Do you remember what you were doing at the time?

I will never forget it, it was an August day in Milanello. He was training alone and could not do the planned exercises. It had been a long time since I met my objectives and I was getting depressed. I decided it there, alone, on the grass.

“Stopping playing was like losing a love, it was my life, I remember perfectly the day I said enough”

Zidane's speech that he plugged into the white team's dressing room

Thirty minors find a family thanks to adoption programs

Television review In an impressive documentary, five women break away from the prisoner’s controlled life through dance