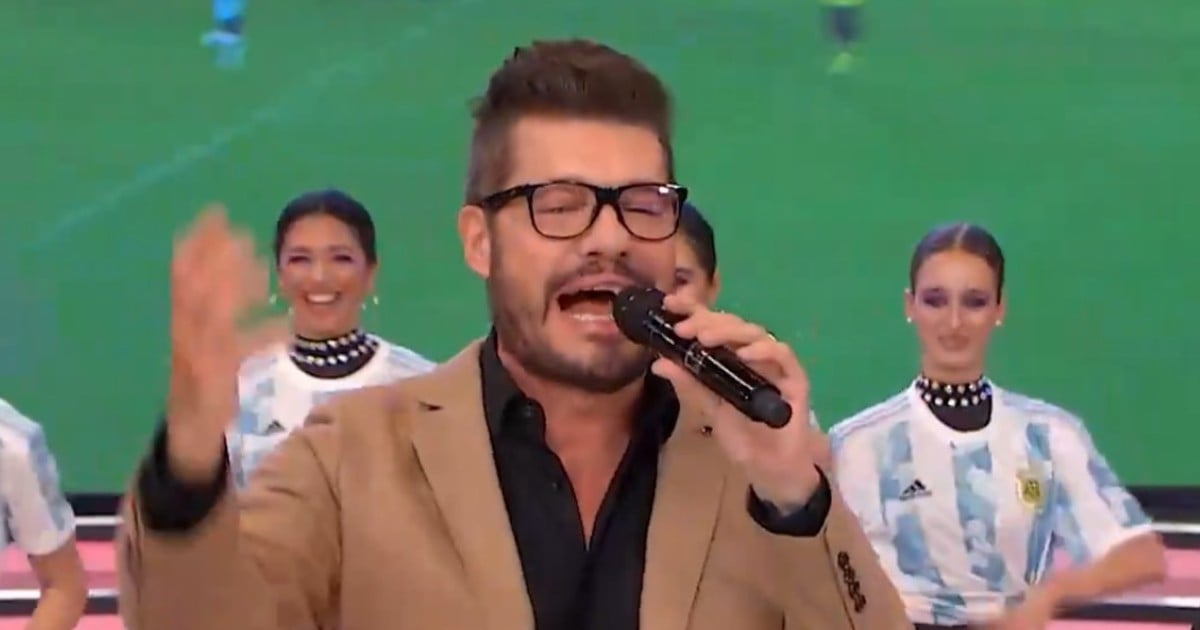 Marcelo Tinelli did live Monday’s ShowMatch broadcast (El Trece, at 9:15 p.m.) and, exultant, expressed his congratulations to the Argentine National Team for having won the Copa América after the confrontation with Brazil in the final last Saturday. In addition, he gave a very special message to Lionel Messi.

Visibly moved, Marcelo celebrated: “When things don’t work out, when we think it’s impossible, we have to keep trying with effort, with work, without chicanes.“.

Then, he spoke to Messi: “What can I say about you Lio dear? So many things have been said … Seeing a star like you, who only in this country can argue with you, trying again a thousand times with so much effort, encouraging the kids, leading the way, was exciting“.

Full of enthusiasm, Marcelo added: “We all wanted you to be champion. But you wanted it more than anyone, you showed it on the field. This left us a message: never give up; if we fall a thousand times, a thousand times we have to get up“.

“You deserve it with all your heart, Lio dear. What courage, what talent, what a fighter. We love you here. I can tell you about everything: I’ll buy you a used car, an engine without wheels, whatever you want“Tinelli said.

A video for Lio Messi

After the words of Marcelo Tinelli, in ShowMatch they put on the air a moving video dedicated to Messi in which they went through the different moments of Lio’s relationship with the Argentine National Team.

“This is a summary of Messi with the National Team so that you can see everything that this boy did,” Marcelo presented the video dedicated to Lionel. So were the images that made many of those present in the study cry, including Tinelli.

“Failure is where you learn the most. You always have to move on. In the end, the streak is broken and won“Tinelli stressed.

“In the end there is a reward. And what if there is. Congratulations! We are happy, so happy, across the country. It’s impressive, ”said Marcelo.

“I was surprised by the celebrations around the world; in China, in Senegal, in India, all with Argentine shirts, of Messi. Before it was Maradona’s, now it’s his”, The driver was excited.

“Everybody is happy. In all the countries of the world they were happy with the title of Argentina. Thanks Messi, thanks Selection”, He added.

Marcelo Tinelli wanted to know how the members of the jury had seen the final of the Copa América. That is, Ángel De Brito, Carolina Pampita Ardohain, Jimena Barón and Hernán Piquín.

The strangest note was given Jimena Baron that, after having shouted during the match of the Argentine National Team against Brazil and in the celebration of the triumph, completely dysphonic.

This is how she spoke when she had to respond to Marcelo Tinelli, who a while later had to repeat the returns that Barón gave to the participants because they hardly heard each other: