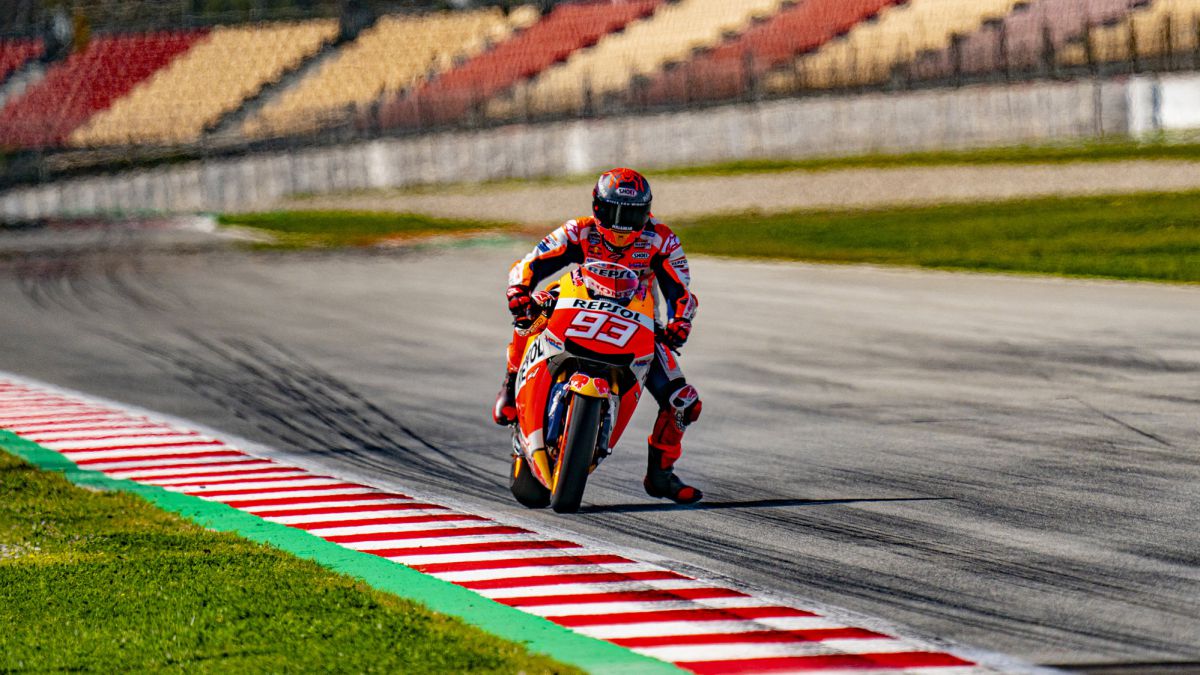 “It has been a while since i enjoyed so much”, wrote Marc Márquez on Tuesday on social networks. He had just got on a fat motorcycle in Montmeló, eight months after his accident, his humerus fracture and the hasty decision to return that later complicated his injury. Marc tried the RC213V-S, Honda’s most powerful production bike, although still far from his World Championship mount, within a gradual recovery plan and back to competition, supervised by his doctors. Four days earlier, the traffic light had turned green: “From this moment on, you are allowed to intensify your strength and mobility recovery program with a view to progressively returning to competitive driving.” A great flag that he took advantage of to ride that same March 12, at the Alcarrás circuit, with a 150cc minibike for half an hour that tasted like glory. The medical permit opens the speculation about whether the six-time MotoGP champion will be at the championship premiere on the 28th in Qatar. Just in case, while you think about it, is enrolled.

Márquez learned during these months that rushing is not a good companion, not even for those who are so used to living with speed. He already said it in the Repsol-Honda presentation: “There are many races, but only one body”. And it will be precisely your body that will give you an answer, in the days to come, about the convenience of shutting yourself up with wild cattle or waiting a little longer. The expectation, yes, is maximum, due to the enormous sporting and media impact that its reappearance supposes. In any case, logic indicates that when he returns to the circuits, be it the 28th or later, he will not be fully competitive, after so long inactive. Its evolution should also be progressive. Although, in a champion of his height, you never know.

Expensive accident in the Suez Canal: The “Ever Given” was already across