Marazzita: “Criminal code made for prosecutors. Justice to be revolutionized” 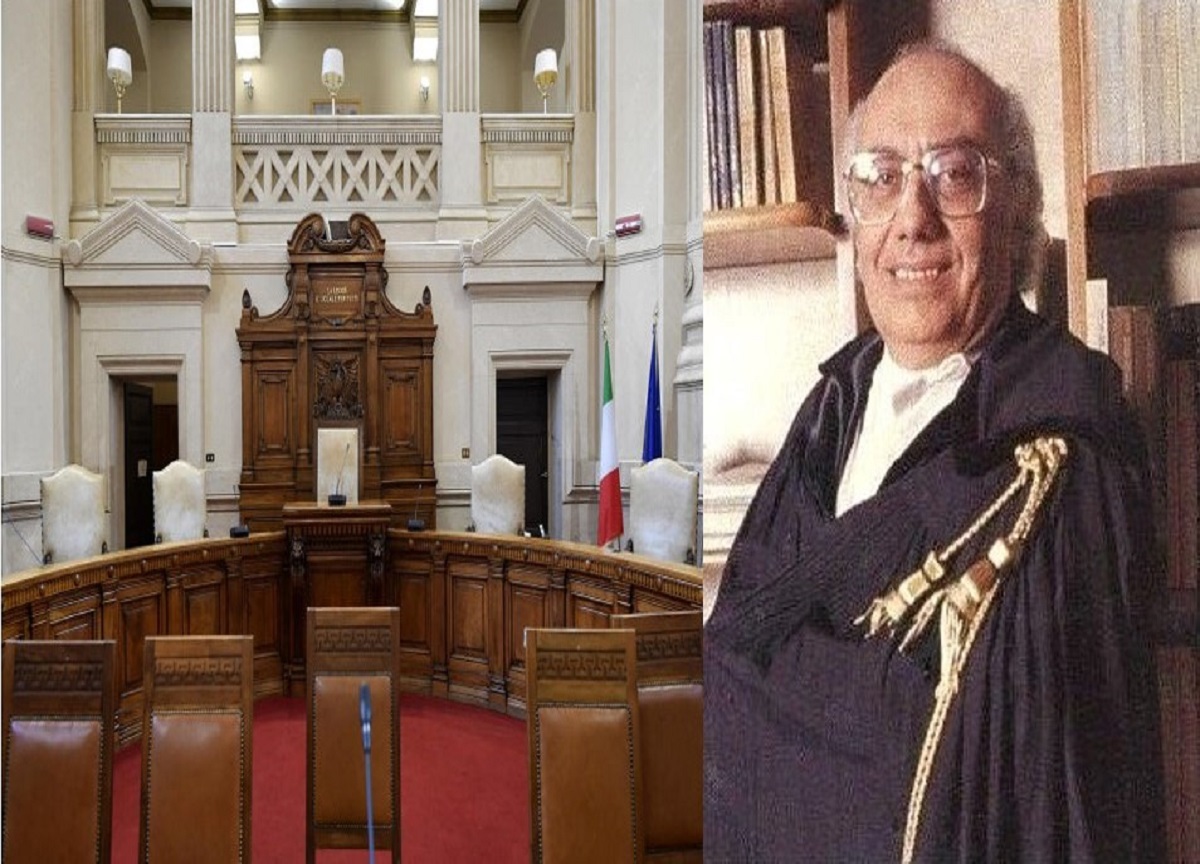 He is without a doubt the “prince of the Forum”, the most famous criminal lawyer in Italy. Nino Marazzita, Calabrian from Palmi, has a vitality that does not correspond to his age. Extremely curious of the human soul, capable of indignation in the face of injustices, hyperactive, ironic and self-deprecating, he is honorary president of the non-profit association that fights pedophilia “Good candy”. As a lawyer he has dealt with trials that have gone down in history such as the one for the assassination of Pier Paolo Pasolini, the Circeo massacre, Aldo Moro and many other characters. He defended Donato Bilancia, Michele Profeta and Pietro Pacciani.

Names that make your wrists tremble so much that they are nicknamed “the devils’ advocate”, the title of his book published by Rizzoli. These are some of the trials that led him to the top of the greatest lawyers in international law. And to think that it was only to please his father Giuseppe (socialist senator who owns a law firm in Palmi) that he decided to enroll in the faculty of law in Rome. But the desire of the young Marazzita was to be a director, so much so that he attended the Experimental Cinematography Center for a year and managed to win a scholarship. He finished third, before Bernardo Bertolucci who finished fourth. Marazzita does not spare harsh criticisms of the judiciary, lawyers and the Italian judicial system.

The law is the same for everyone is read in the courtrooms. As a lawyer do you think this is really the case?

In the abstract this is because the laws apply to everyone on the basis of the principle of equality. However, in practice, few people have the real possibility of asserting their rights while for the others the path is fraught with difficulties. These are economic, cultural and social obstacles that prevent the effective enjoyment of constitutional rights and, among these, the right to defend oneself before a judge.

Does the rule of law still exist in Italy?

Rule of law means that authority must abide by the law and this rule serves to prevent abuses of power and to defend human rights. Unfortunately, in our judicial system there are too many margins of discretion for the magistrates while there is a lack of effective control systems to defend the citizen under investigation or accused. So the rule of law within the criminal trial is a chimera.

In our country there are almost 5 million trials waiting to be celebrated. What are the causes of the discomforts of Italian justice?

Justice is in dire straits and is not working as it should. We have a process that is not a process of the state, it is a process guided and oriented by the Public Prosecutors. They choose a defendant, pursue him and go on, up to the Supreme Court. But controls are lacking because judges sometimes abdicate their duty to impartially apply the law. This explains why there are many judicial errors. The process needs to be restructured because the 1989 reform should have transformed the inquisitorial rite into accusatory but a hybrid has emerged that is nothing. But also the penal code, the Rocco Code, which is over 70 years old, needs an organic revision.

How to improve the justice-citizens relationship?

What concerns me most and what I believe is the most important thing for citizens is to change the system of the trial, to make the criminal trial a fair trial, a fair trial. At this point it seems to me a utopia. The only hope we have is this new Minister of Justice, Cartabia, who has had important roles: she was president of the Constitutional Court, she has held high academic positions and is still a young woman. I have the impression that the first approaches he had as a holder of the Ministry of Justice were the right ones to try to change. The goal is to completely revolutionize the criminal process which cannot go this way. A process that continually creates judicial errors. The state pays for the unjust detentions, pays millions upon millions. The state pays is a way of saying why we pay and then, above all, it fails to achieve the purpose of doing justice.

Citizens perceive that they are faced with a disconnect between law enforcement and common sense. A clemency of the code or of the judges?

Both of them. The code is made for prosecutors: I call it the code of prosecutors. Judges often, with these difficulties they have, apply a partisan code and then make mistakes even more often.

What changed when the judiciary entered politics?

The system has degenerated further. Just think of what happened to the CSM, the Higher Council of the Judiciary, with the “Palamara” affair. It is said that he discovered a boiling pot. Since I have been a lawyer I know how appointments to the CSM are made. I was impressed by an episode. I ran into a magistrate who was about to retire. An intact magistrate, one of those great magistrates who, however, do not appear in the newspapers, on television, they never talk about them. They do their job with discretion, as it should be and, again, with wisdom. I saw him very disheartened, he left the Superior Council of the Judiciary. He had gone to the Council to remember, above all, that he had a career “spurt” to get on with his work. A “shot” as a magistrate who is about to retire, but he had not yet been recognized. He was very disappointed because he had spent his life in the judiciary and told me: “You know Nino, they asked me who is my political contact person”. To have the “click” he would have to operate without anyone urging him. It was a step forward in the career he was entitled to. This is a very ancient episode that demonstrates how “pollution” has existed for a long time, before, long before Palamara.

Speaking of the killing of statesman Aldo Moro, he said that the principals went unpunished. Will the truth ever be discovered?

People recently arrested in France would be able to tell the truth because they never told it. They simply told things that everyone knows. Even public opinion knew the positions of these brigades. Now they would have the chance. Almost all of them are in their seventies and for some the crime has lapsed.

How would you reform our judicial system?

I think the reform must be radical: the fundamental points should be the separation of careers, the non-compulsory prosecution, a true civil liability of the judges, updating the criminal code and coordinating it with that of criminal procedure.

Justice reform: who is comfortable with everything remaining like this?

To the prosecutors, to the magistrates, to the anti-mafia professionals summoned by Sciascia. Magistrates, such as Borsellino and Falcone, who really fought the mafia are rare because too many so-called anti-mafia magistrates limit themselves to proclamations.

Do the lawyers have any faults?

Yes, many. We criminal lawyers could have a significant impact on justice and its reform of the criminal process. Unfortunately, our culture is often an individualistic culture bordering on selfishness. Above all, the most established lawyers make their appeals to the Supreme Court with substantial fees and go ahead happily. Nothing else matters.