Maradona’s son: No one in history has the skill of Messi 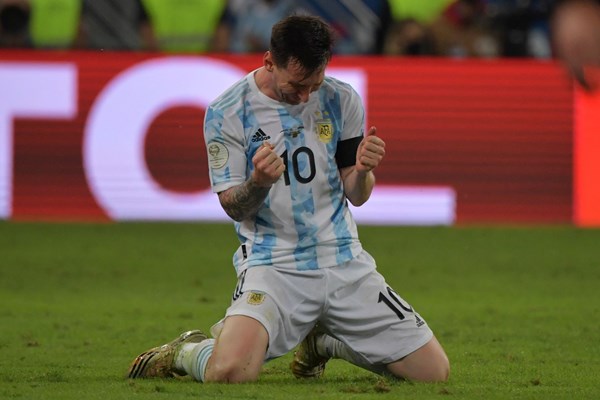 Anwar Ibrahim (Cairo)
After Argentine Lionel Messi succeeded in winning the Copa America, as the first international title with the “Tango” team, the son of the late great star Diego Maradona expressed his great satisfaction, because he expected that this great achievement of “Flea” would cause the comparisons between him and his father to stop. .
The son of the Argentine icon said that Messi suffered a lot from being compared to the legend Maradona, but after the “flea” won with his country this great title, he entered the group of legends in turn, just like his father.

Maradona, “Junior,” added in an interview with TYC Sports: After so many titles and trophies with Barcelona, ​​Messi deserves from now on to be recognized by the entire Argentine people.
And it was clear the state of relief that included everyone in Argentina, as a result of ending this sterile controversy and the meaningless race, between the two great stars, as Messi succeeded in etching his name, along with the 1986 World Cup champion, who died last November at the age of 60, To be a legend like him.
Diego Maradona, “Junior” said: It was not easy, but I am happy anyway that the comparisons between my father and Messi stopped, and Diego is Diego, and Messi is Messi, and whoever criticizes the latter does not understand in football, the “flea” suffered a lot when they were They compare him to my father.

He added: Maradona wrote his own legend, and Messi reached the top like him after winning 6 golden balls, and his name will remain immortal in the history of football as one of the greats of the game.

He said: I really love Messi, there is no one in the history of football who has his skills, and I think he is happy with his role, after he won the Copa America title with “Tango”, and this makes me happy.