Maradona’s death: ‘Morla will have to be held accountable,’ Diego Junior warns from Italy 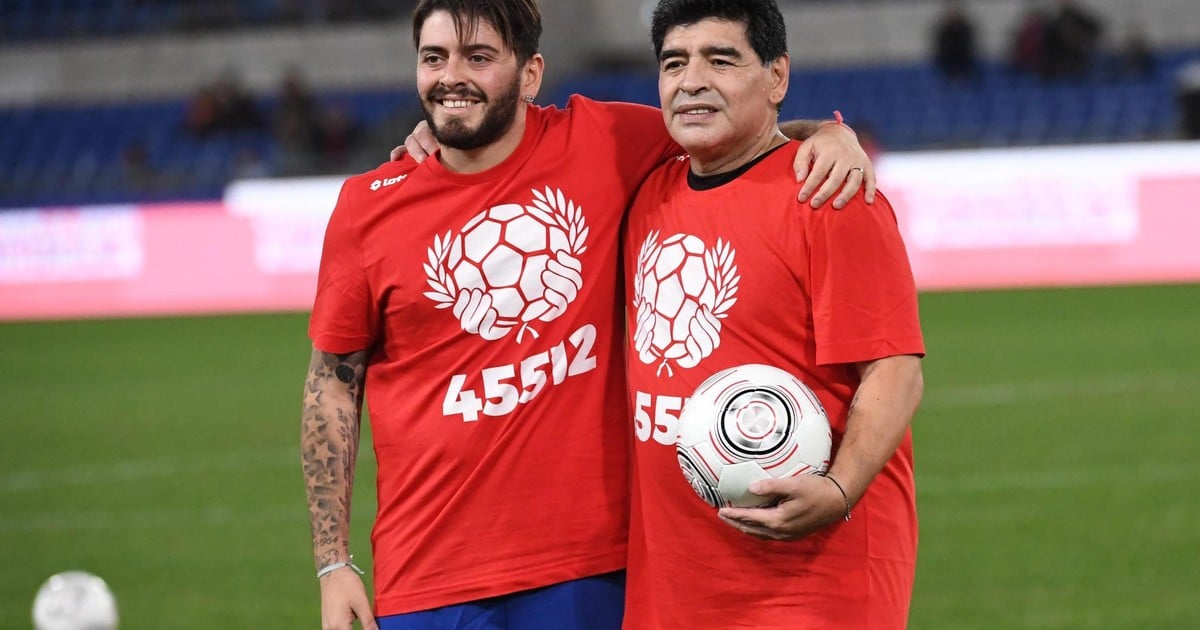 On November 25, 2020, Diego Armando Maradona died. And the sadness for his departure spread to different parts of the world. The impact was felt strong in Argentina and also in Italy, the land of Diego Maradona Junior, the son who was born as a result of Diez’s extramarital relationship with Cristiana Sinagra in 1986. And, waiting to be able to travel to Buenos Aires, one of The heirs of the former captain of the National Team told how life is without his father almost two months after his death.

And, in addition to the pain, there are many questions that Diego Jr. has “When my old man died, I was hospitalized for Covid-19, I did not know the house well, I did not know well how the situation was in Tigre. But, I repeat, It generates me … I have some doubts but the cause will surely clarify them, “he said in an interview with the Olé sports newspaper. There he clarified that he has a lawyer, Luis Rey, with whom he talks every day about the progress of the investigation while waiting for the justice to determine the causes of the death of the Ten.

Matías Morla, who was Maradona’s lawyer in recent years is one of those named by the family and relatives. “This week, Morla will be accountable, so … I have other data, which are not just three cars. I do not want to generate discussions and quilombos at this time because they are not useful. Then, I will wait for the accountability that this week is going to happen “, informed Diego, who how his sisters distrusts about how the inheritance will be distributed.

Diego Junior lives in Italy with his wife and children, a country submerged in a health emergency, which makes it difficult for him to leave there and travel to Argentina to visit the cemetery where Diego is resting. “When the situation is calm, obviously I want to travel. This does not mean that I will not travel soon. And I will go with my wife,” he clarified.

On the other hand, he told how the city of Naples experienced the departure of its greatest idol. “The people here adore him, love him, have an incredible affection for him for what he showed on the pitch, for what he gave Napoli, as a football club, and what he gave to the city and to the people. I am very proud of having such a manifestation of love and affection, not only from Napoli or Argentina, from all over the world. Knowing that people have so much affection for my old man is wonderful, “said the eldest of the descendants.

Diego Junior, who is a Napoli fan, expressed what his dream would have been for his father: “My dream would have been to see him train Napoli, obviously. I know he would have liked it.” And he took the opportunity to express his gratitude to Gimnasia for everything given to Diego: “He was very happy in Gimnasia. There they treated him well and loved him a lot. I will be grateful to his fans for life, for how they treated my old man, because of how they treated me when I went to the pitch, when I went to watch training sessions, I saw how the club’s people took care of my old man. I was going to continue for a few more years as a coach. ”

Despite the fact that Maradona had undergone surgery a few days before for a subdural hematoma and his health was deteriorating, the death was an unexpected event for Diego Junior, who at that time was hospitalized after catching Covid-19. “One is always afraid that something might happen, especially at a time when my old man had surgery. He was not 100%, but … Expecting a father or mother to die is not expected and one never wants to accept it, Neither. Scared, no. But we were all worried about the state of health with dad. “

Maradona had two grandchildren by Diego Junior, a two and a half year old boy and a one and a half year old girl. “We didn’t say anything to the girl because it seems she didn’t understand it because it’s too much … To the big one, yes, we had to tell him that the grandfather is now an angel, who watches us from heaven. But we try not to be very traumatic. Anyway, it is always difficult, very complicated, “he said about the moment in which his son was told.

Horror in Pilar: they assaulted her at her house, she died of a heart attack and her dogs devoured her