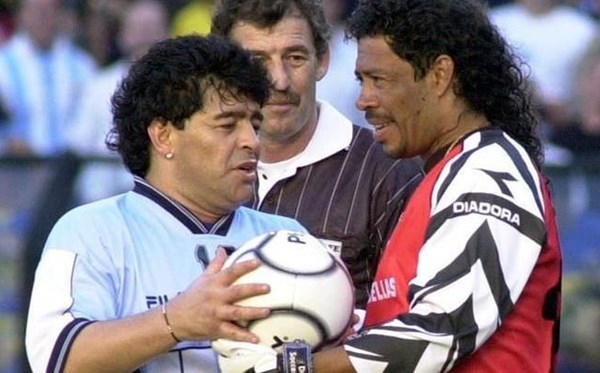 Rida Saleem (Dubai)
Voices were raised by naming the late Argentine legend Diego Armando Maradona on the new version of the “Copa America”, which is being held between Argentina and Colombia, a proposal that a large number of former stars are calling for, in honor of the legend who gave a lot to football, not only in South America and Europe. In the whole world.
Former Colombian goalkeeper Rene Higuita suggested naming Diego Armando Maradona for the next Copa America, in honor of the football legend who passed away last November 25 in Buenos Aires.
Higuita said on social media: We are close to receiving the best teams in South America, and the tournament hosted by Colombia and Argentina is approaching, and it should be a tribute to Diego Armando Maradona, and he is called “Copa America Maradona.”
Higuita was a friend of Maradona, who revealed, on more than one occasion, his admiration for a player and a person who broadcast a video on his Instagram account, in which he showed Maradona’s shoes and the Argentina national team jersey with his signature, in addition to a frame for a picture that brings them together.
The Copa America was postponed from 2020 to this year due to the “Covid-19” pandemic, and it will be held jointly in Argentina and Colombia between June 13 and July 10. The Argentine Football Association had designed a new shirt for the “Tango” team containing a picture of Maradona in honor of his giving. The player introduced him to Argentine football, and the national team plays the Copa America matches with the new jersey.
The idea of ​​putting an image of the legend on the “Tango” shirt was met with great satisfaction among the Argentine street of players and clubs, and everyone assured that the image of the legend will motivate the players to give on the field and strive for achievements.

Aliyev explained the discussion of the Zangezur corridor with Russia