Manzin beats Aristi at the Valencia GP, the first race of the year in Spain 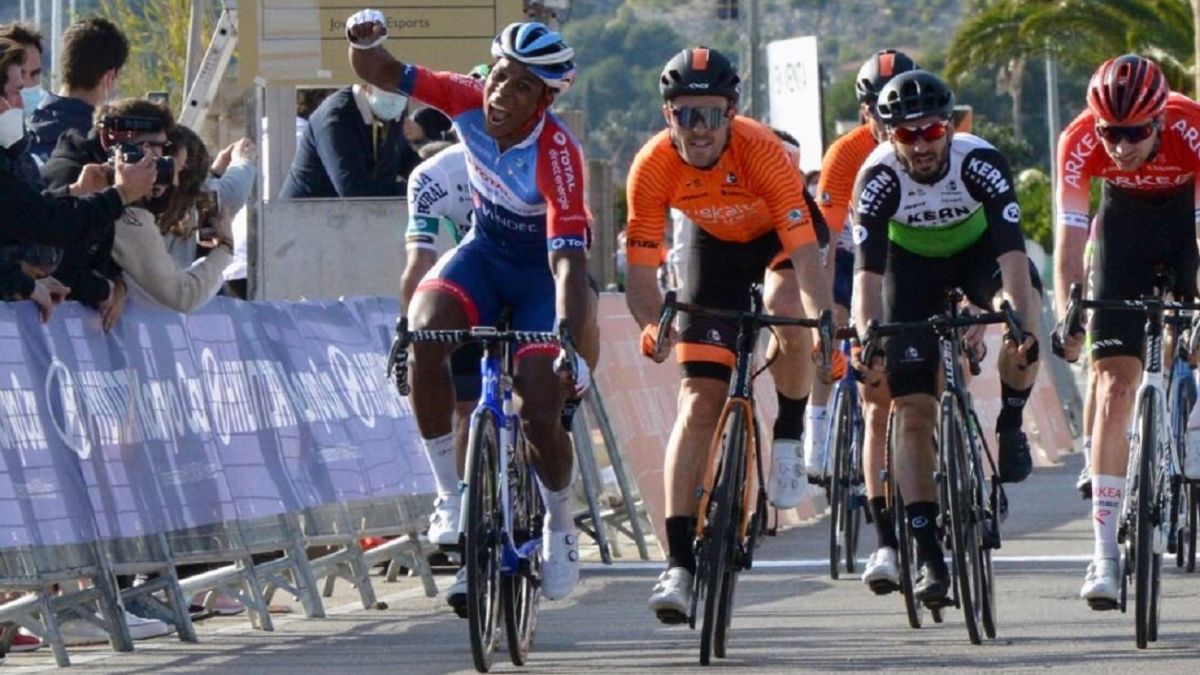 Lorrenzo Manzin, Direct Energie sprinter, conquered the Classica Comunitat Valenciana-GP Valencia, the test that has become the first on the Spanish and European calendar after the postponement of the Challenge de Mallorca. A one-day race with a profile for rollers that was decided on a massive finish. There, the Spanish teams tried to place their fast men, although it was Frenchman Manzin who ended up taking the victory ahead of Mikel Aristi (Euskadi), who finished second.

A race that has been contested in the middle of a wave of cancellations, which has already been a triumph, although not without its problems. The event had to cut its mileage to 98 (from the initial 150) due to a change in the finish line, which was located in Tavernes de la Valdigna instead of Valencia. However, the modification made it possible to re-celebrate this race that made its debut on the calendar (category 1.2) as heir to the Luis Puig Trophy (1969-2005) that had winners like Kelly, Jalabert, Petacchi or Freire.

Once the obstacles were overcome, several escape attempts tried to break the peloton, although everything would be decided in the last kilometers. Dfrom the Eolo de Contador to the Caja Rural they wanted to control the approach to a goal in which, in the last meters, Manzin appeared to take the sixth victory of his career. The last one was last season at Amissa Bongo.

The Government extends the ERTE and the aid for the self-employed until May: what do they include and who can benefit?