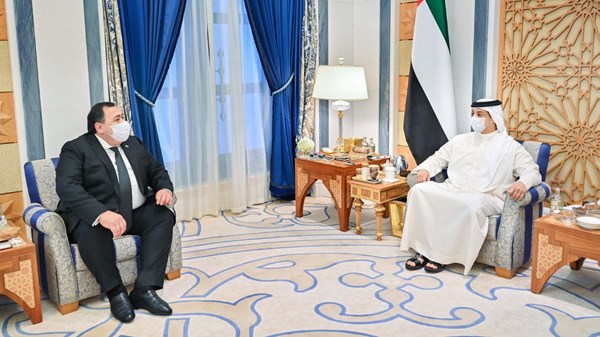 During the meeting, they discussed bilateral relations in various fields, especially the economic, investment and development fields, in order to achieve the common interests of the two friendly countries and peoples.
His Highness and the guest exchanged views on a number of issues of common interest.
The meeting was attended by Mohammed Abdullah Al Junaibi, Head of Presidential Protocols at the Ministry of Presidential Affairs, Khalid Mohammed Salem Balama Al Tamimi, Governor of the Central Bank of the United Arab Emirates, Rashid Saeed Al Ameri, Under-Secretary of the Ministry of Presidential Affairs for the Government Coordination Sector, and Mohammed Saif Al Suwaidi, Director General of the Abu Dhabi Fund for Development.