Manolo Gaspar’s dart to Ontiveros: “If I give my word, I will never fail” 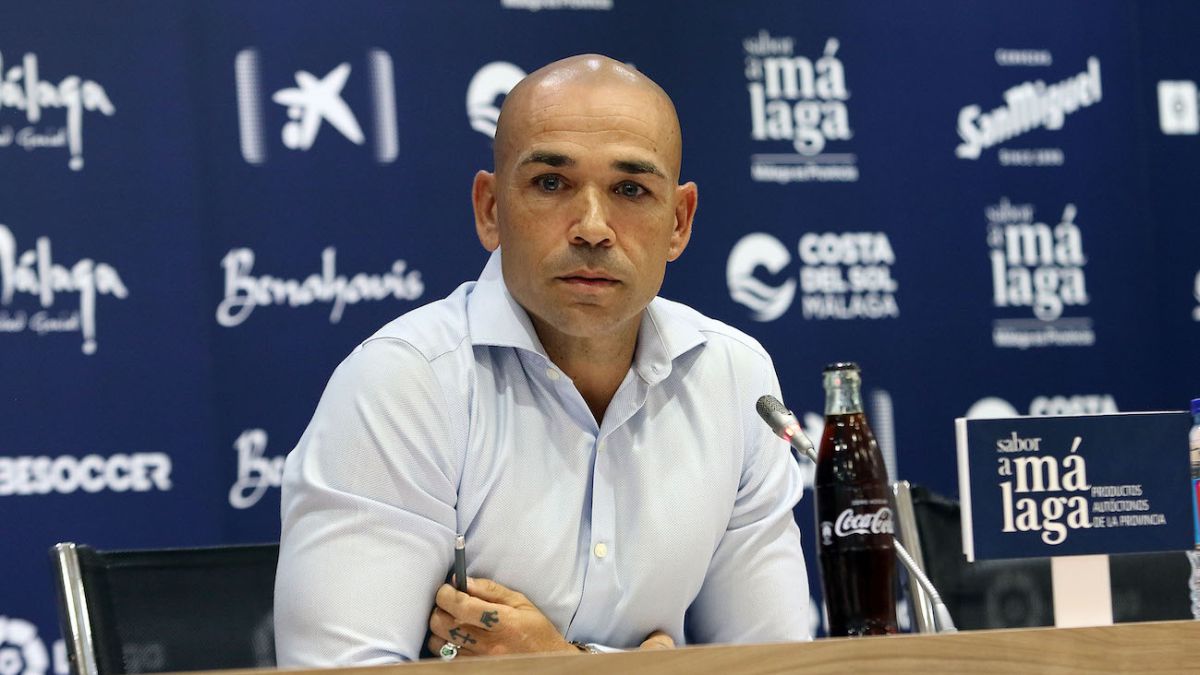 Manolo Gaspar has appeared publicly to take stock of the transfer market of Malaga and one of the obligatory questions was the scared of Ontiveros, who with everything agreed with the blue and white club changed his mind at the last minute to head to Osasuna. The sports director of Málaga has not bit his tongue and has been very forceful when explaining what happened: “Each person is in a way. If I give my word, I will never fail. That never. We really have that position covered. It was more as a sports director, the desire I had to have him in my team and give that gift to the fans with a Malaga player and with those characteristics. I was waiting for Ontiveros with the contracts on my table, that’s the reality. The agreement with Villarreal was complete. And I have to say it: ‘chapeau’ for Villarreal! For the help he was giving me and his willingness to help me. Is more, at night Fernando Roig calls me to tell me: ‘Manolo, I don’t know what happened to the player in his head ”.

The paleño revealed that the footballer had even asked him to play the game last weekend: “It was all agreed. We talked about a Thursday and Ontiveros asked me to play on Friday (against Alcorcón). That is there. I’m not making this up and you can talk to your representative. He had the number 22. The contracts were on the table to sign. I understand that the footballer wants to play in the First Division. He told me: ‘Manolo, if it’s in the Second Division, I’m going to play Malaga.’ We had everything agreed. A First Division team emerged at the last minute and left. Without more ”. Have you been disappointed by this matter? “I I said it was almost impossible because I know how Javi’s head works. Disappointed? No. Now I know Javi better. As long as mine does not disappoint me … “, affirmed Gaspar resoundingly.

In addition to the Ontiveros case, the sports director referred to the situation of Alexander González and made it clear that it does not count for the project: “His situation is special. He came at a stage out of the market and due to a misfortune of a teammate (Iván Calero’s serious injury) in very favorable conditions for Malaga and logically he had to pay the toll of an automatic renewal. That is logical (he renewed for five games played). Today I would do this operation again. What’s the matter? All the players know what the situation is. I’ve been working with Alexander and his representative for a long time. His situation is nothing new. Has no place in the team. While you are with us, you will be treated as one of the others and will have the same obligations as the rest, which is to be impeccable in case the coach needs you. AND we will work until the markets close to find a deal”.

To this day, Málaga has five right-backs: Víctor Gómez, Ismael Casas, Iván Calero, Ale Benítez and Alexander González. Manolo Gaspar came out in defense of Ismael Casas, whom José Alberto publicly pointed out on the eve of the visit to Ibiza: “It is an overcrowded position. There we have Isma, who is still a bet of the club. He is a youth squad who has earned the right to have his professional record. My job is to make the team as competitive as possible. Ismael is one of the ‘capis’. He is realistic and knows that the position is complicated and decides to fight it. That’s Ismael. He is versatile and can play in various positions ”.