Manolín Bueno: “At Real Madrid sometimes I played because Di Stéfano wanted to” 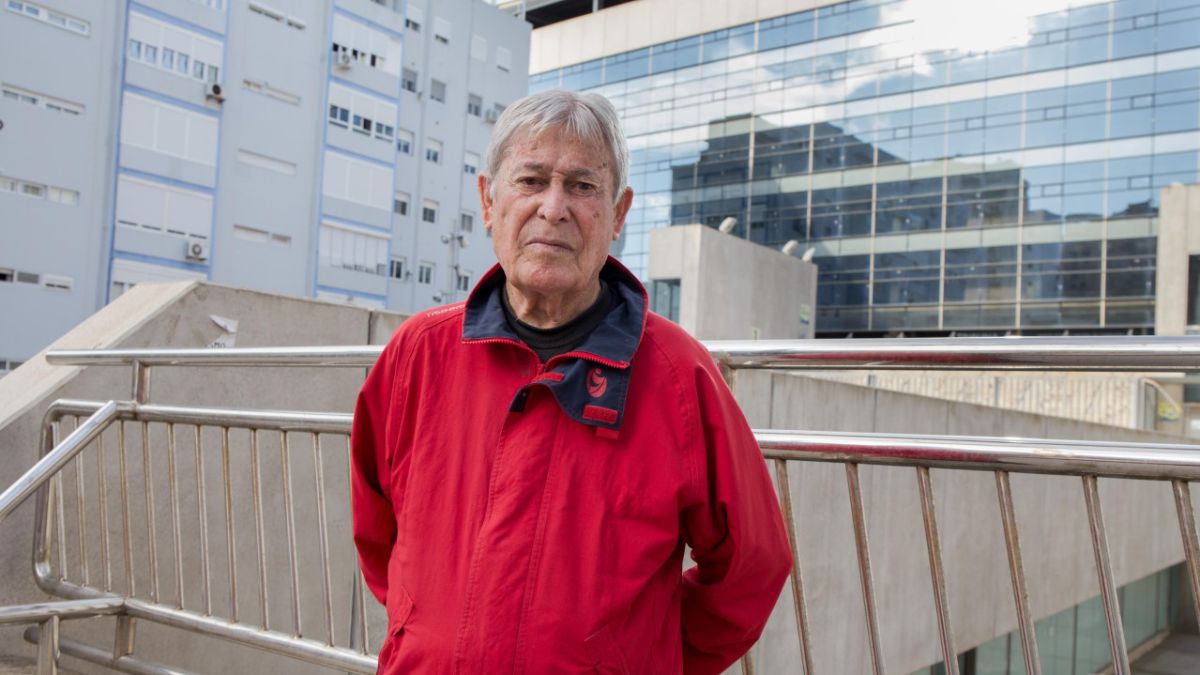 Manuel Bueno Cabral (Sevilla, 02-05-1940), better known as Manolín Bueno, is the best left winger who has passed through Cádiz. The legend of Cádiz and Real Madrid attends AS to commemorate his beginnings in the Cádiz Ball, his brief stint at Cádiz and his 12 seasons at Real Madrid (from 1959-60 to 1970-71). As a soccer player father (Manuel Bueno) he grew up in the field of El Mirandilla, where he lived and spent hours accompanied by a ball. His genius with the ball made him reach the white team, where he found a tough competitor, Paco Gento, who was the starter while Manolín waited for his turn “but Gento was not injured much,” says Bueno. Probably the only footballer called by the Spanish National Team as a substitute, although he did not make his debut. Di Stéfano was like a father to him.

It can be said that he is a cadista and a footballer by birth. With a soccer father (Manuel Bueno, goalkeeper) and living in El Mirandilla.

I was born in the field of El Mirandilla when my father was already a Cádiz player and we live there. I have always been on the soccer field in Cádiz. I started playing for the Cádiz Ball and then I went to Cádiz, although I was only a short time, only one year. Then almost 13 years at Madrid and two at Sevilla.

Beginning and end of a sports career at the Ballon de Cádiz.

I also played only one year until I was transferred to Cádiz. Before retiring, I went back to the Ball again and then I started as second coach of Cádiz with Enrique Mateos when the first promotion to the First Division was achieved (1976-77 season).

And quickly, in a matter of months he was already from Real Madrid.

When I arrived at Madrid I was going to turn 19 years old. When I signed with them I thought they were going to give me up, but they played a game between starters and substitutes, they saw me and Di Stéfano said “we have to take this one to the games to see him better.” I did the tour in South America and I would play the second parts, when they removed Gento, and did things that were not normal. Di Stéfano asked me how he knew how to do those things. I told him that that was what he did every day, that he lived on a soccer field and was from morning to night with a ball. He told Di Stéfano that he knew how to make pipes because every Thursday at the Salesians he played against the seminalistas and took advantage of when they lifted their cassocks to make a tunnel. He was laughing. I never thought I was going to play for Madrid.

Key moment for him to really start his time at Real Madrid.

I played two or three workouts and they told me I would stay. It so happened that we had to go play the Intercontinental Cup and Gento did not go. It was me and we won it. Also, I was one of the best in the game.

It is always said that Paco Gento was his rival, but personally they were united by a good friendship.

Friendship was friendship. Each one played his own game, and Gento didn’t get injured much. When they saw that I was angry, they turned me on the extreme right. I played the games when we faced players who kicked a lot. Some defenses do not see what they gave. All the teams in Spain loved me, and I was very angry because I wanted to play. When he played he was one of the best, but the next game Gento played again.

Teams like Barcelona, ​​Valencia, Sevilla, foreign teams came looking for me … Santiago Bernabéu (he was the president of Real Madrid) told me that I didn’t have to get angry because Pelé’s substitute was the second best striker in the world and I was the second best left-handed winger in the world, because Gento was the first. I told him that I was not angry, that when I went to buy in the market I would tell the fishmonger to give me the hake because I was the second best left-handed winger. Bernabéu would burst out laughing and from time to time he would raise the card.

There was an offer from Barça, right?

When I was at Cádiz they were interested in signing me. Also Sevilla, before Cádiz even. They gave me a test and I did the tour with them (Sevilla FC). I was one of the best and they wanted to sign me, but I had a small ankle injury and I returned to Cádiz to return when I was cured. But that summer Rapid Viena made the presentation against Cádiz. At halftime, the president of Cádiz (Vieira Aguilar) asked my father to play the second half. I was at the door of my house eating a sandwich, my father told me and I played. We beat Rapid Viena and Cádiz signed me.

What was Di Stéfano like as a player and teammate?

As a player, for me, there was no one like him in the world. There have been many players, but like Di Stéfano, none. Alfredo Di Stéfano was a player who never wanted to lose and demanded a lot. If he passed a ball and the teammate did not stop him well, he would get angry. He was very angry, but he was a beautiful person.

They had a good relationship.

Di Stéfano had me as his son. Many times he played because he wanted him to play. When Di Stéfano left Madrid he wanted to take me with him on several occasions, but Madrid would not let me go. When he was coaching Valencia I was already at Sevilla and we faced each other in a decisive match, if Valencia won they were league champions. I didn’t want to play, but the coach said yes, so I didn’t even touch the ball. Valencia won and they were champions. We had a very good relationship.

The moment that never came in his career was a Cádiz – Real Madrid. Would you have liked to face Cádiz?

Of course I would have liked it! I was already in Cádiz and when Cádiz went to play against Madrid and I didn’t even go to see the game. He longed for having been there and in Cádiz and he knew he was going to have a bad time.

How was your departure from Real Madrid?

Madrid, whenever it missed a final, threw out those who were older. That year I was the one who played the most, but I had a blow to my knee and it swelled. We played the final of the European Cup in Athens against Chelsea. I had an allergy attack and couldn’t get out of bed. They called Gento to play. The first game was lost and then they told me that I had to play. I was bad in bed, but I went to play. Ten minutes into the game, they changed me. I got angry and sat behind the opposing goal. Later, Saporta called me and told me that Gento and I were out on the streets and that if I didn’t go to another team they would pay tribute to me, but if not, no. I went to Sevilla and they didn’t pay me homage.

How are you seeing Cádiz this season on your return to Primera?

I see Cádiz very well. Excluding the first teams, who make a difference, the others are more or less the same. In football now you have to run a lot. The Cádiz, for me, from the middle of the table down, is the best. He was lucky that the first two games he played against Madrid and Barcelona he won, and that gave him a lot of advantage. Of the teams that come I do not see that any is better than Cádiz.

You have it for sure! With the points that he takes from those below, I think he has it for sure, even if Madrid comes on Wednesday. A tie is also good for them, let’s see if they can (joke).

And Real Madrid, will they win the League?

It is difficult for him, but Madrid is Madrid. Who would have thought that it would be there as LaLiga started? Nobody thought about it.

The VAR has taken many things away from football. Soccer is passion and now people can’t even protest on the field and many times the VAR is also wrong ”.

Do you miss going to Carranza?

Next year I think this will have already happened and, even if it is controlling the capacity and with separation, there will be an audience and an atmosphere.

A forecast for Cádiz – Real Madrid.

I want both of them to win, but how can it be, that at least they tie.

Trump urged the US to get along with Russia