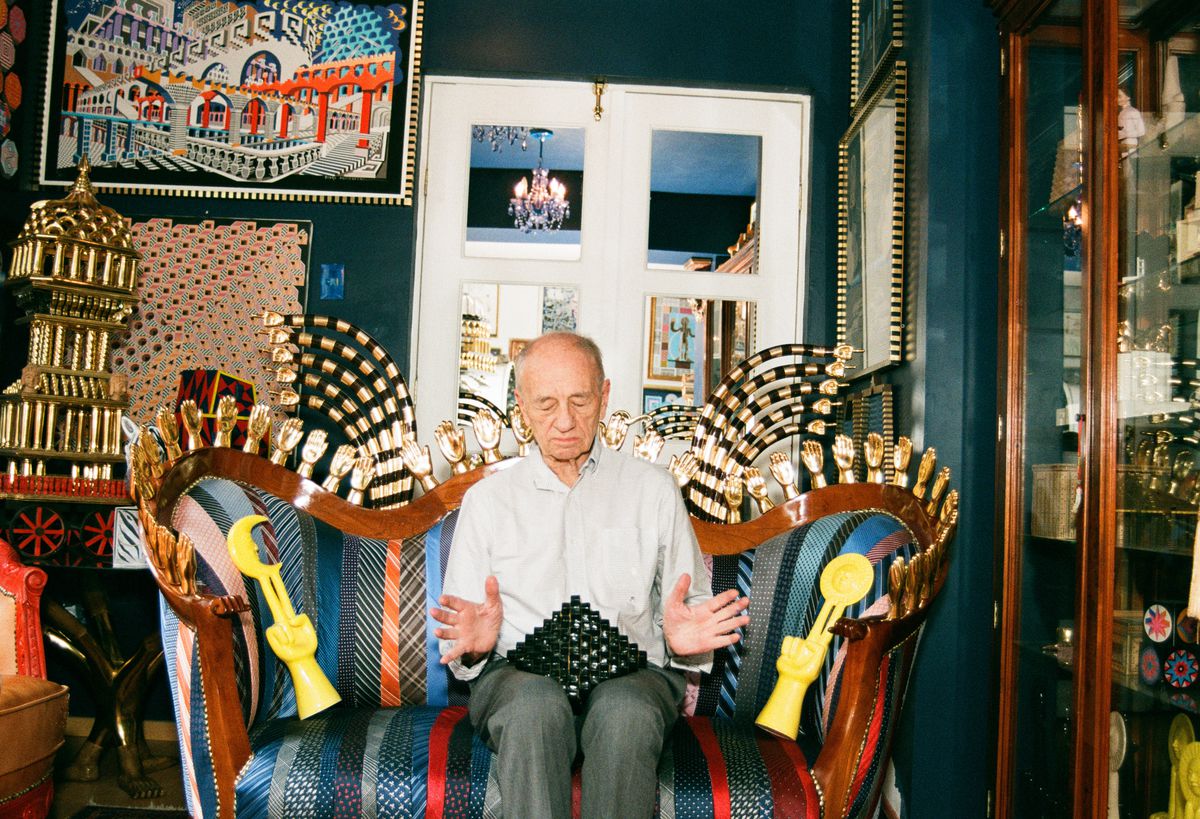 To the house of the Mexican artist Peter Friedeberg (Florence, 85 years old) one gets to bother. Whether you are a friend, client, admirer or journalist. He opens the door to everyone but everyone is there to bother. “People waste my time, they want to steal my magic, if I have one. They think I have it, ”he says as soon as he begins this interview, sitting at the huge work table in his studio, continuing to draw lines on one of his drawings of impossible architectures. The welcome would be uncomfortable if it weren’t a stroke of the sarcastic, eccentric and playful personality of this creator considered one of the last Mexican surrealists. “I am a bureaucrat of the sublime,” he says.

At his age, not a day goes by without working. To pass through the discreet white facade of his two-story house-studio in the Roma Norte neighborhood of Mexico City is to enter a universe full of unexpected objects accumulated during a lifetime in the neighbor La Lagunilla market and in his travels around the world. The visitor is blown away by a museum of the imagination full of mannequins from another century, furniture with legs and arms, Egyptian effigies, Mickey mice, skulls, birds, bugs … and even three copies of Louis Ghost, the famous chairs transparent designed by Philippe Starck, an icon of decoration from the beginning of this century.

“They are cheap,” he says to justify his presence in the house. In the Friedeberg universe, it is not only allowed to touch, but it is the host himself who reveals his hidden secrets to the visitor. “I adore objects, I am a child of the consumer society,” he admits.

Friedeberg was born in Florence (Italy), more than a decade after the French André Breton started the surrealist movement. The children of German Jews fleeing the Holocaust, they all emigrated to Mexico when he was three years old. From his childhood he remembers the austere spaces where he lived with the furniture summarized in a painting, two chairs and a bed. “I hated them. I would go to other houses and see that they had more things, “he says.

Also his constant need to flee from the bourgeois and conservative environment from which, on the other hand, he inherited his passion for books and languages ​​that allow him to avoid translations. In the extensive library that surrounds his studio, classics from world literature such as Jorge Luis Borges, Fiódor Dostoyevski, Marcel Proust or Dylan Thomas are mixed with volumes of German history, Mexican authors and Betty Boop or Superman comics. “I read a lot, anything that crosses my mind.”

In his youth, Friedeberg dropped out of architecture for art because he realized that the client’s dictatorship was not going to allow him to create anything original or extraordinary. He was more interested in the sinuous forms of Antoni Gaudí than the linear discipline with which Ludwig Mies Van Der Rohe defined the style of the 20th century. The influence of his training runs through his entire work. His drawings, paintings and furniture are full of utopian architecture mixed with psychedelic patterns and an iconography invented with references from pop culture, Mexican tradition and zoology.

“My pieces are half animal, half column, half accordion. You have to use a little of everything, you have to be eclectic, ”he explains. In his eagerness to get away from boredom, at a young age he became friends with the surrealist painter Remedios Varo and the promoter of emotional architecture Mathias Goeritz, his great mentor. They encouraged him to exhibit for the first time in 1959 at the Diana Gallery in the Aztec capital. Two years later he founded with Goeritz and a group of artists such as José Luis Cuevas, Chucho Reyes and Alice Rahon the irreverent Los Hartos collective.

In a single night they turned the Mexican cultural scene upside down with an exhibition in the avant-garde gallery of the writer Antonio Souza full of Dada style works and mockery of the art of social and political content of the moment, which many did not understand. It was there that Friedeberg made his debut in creating furniture with The useless or antifunctional table, a rounded glass piece supported by undulating legs that was intended to mock rationalist design.

The joke continued later with a model of a hand-shaped chair that his friend, the cabinetmaker José González, had made. The result was his thousand times reproduced Hand chair. An object of collectors desire, recognized by Breton as a true work of its kind, which has haunted him ever since and of which he speaks reluctantly. “As long as I bring money I keep doing it. But it seems to me a kind of prostitution.

The reality is that it has become a symbol of Mexico as well known as the paintings of Frida Kahlo or the murals of Diego Rivera, which Los Hartos tried to make fun of. Since 2017, a golden replica of three and a half meters has crowned the former home of the revolutionary photographer of Italian origin Tina Modotti, located in a visible crossroads of the Condesa neighborhood of the Aztec capital. I love the phenomenon. I don’t like the piece itself. I would prefer that they adore something else, for example, this obelisk of mirrors ”, he says, pointing to an elongated pyramid of crystals that he has on the table.

At that time he also forged a friendship with the English surrealist painter Leonora Carrington, who set sail for Mexico in 1941 after escaping from a psychiatric hospital in Santander and with whom he shared the desire to escape the moralism of the time. “He was a very special person. Sometimes we got along well, sometimes regular and sometimes bad, ”he says, showing a painting of his head that he painted.

His words are corroborated by a postcard that appears between the folders where he keeps the extensive correspondence maintained over the years with a long list of artist, designer and writer friends. Sent from New York on January 9 of a year illegible by smeared ink, with a picture of the Chinatown neighborhood, Carrington writes to him in spanglish what seems like an approach after a dispute: “You hardly spoke to me on New Years and it gave me a lot of taste. When are you coming to NY? It’s raining for today, it’s not cold. I miss you. SEES IT. Leonora ”.

The exchange of art and friendship is a constant in Friedeberg’s career, whose works have traveled the world and are part of the collections of the Museum of Modern Art in Mexico City, the Smithsonian Museum of American Art in Washington DC and the Museo of Modern Art of New York. “I never need what they call inspiration or themes. But sometimes, I lack community ”, he acknowledges. If Friedeberg is fed up with something nowadays, it is the lack of originality of those around him. “In my time there was more personality, people were more different from each other. Today, everyone is dressed in black, ”he complains to the two visitors on the day of rigorous mourning.

If he went to the markets to look for junk, now everyone goes to the supermarkets “to grab things like zombies, like robots.” If he spends hours creating incredible things, people “waste all day picking buttons, kind of stupid,” says the man who has named his cats the Internet, Netflix and Wikipedia. Continuous insight loaded with a poisoned bullet ready for every occasion. Also for himself. “My daily life motivates me, my intelligence, my genius, my good taste, the money that comes in thanks to the paintings and the horrible chair. Definitely, joie de vivre”, He sums up in French before uncorking a farewell champagne. 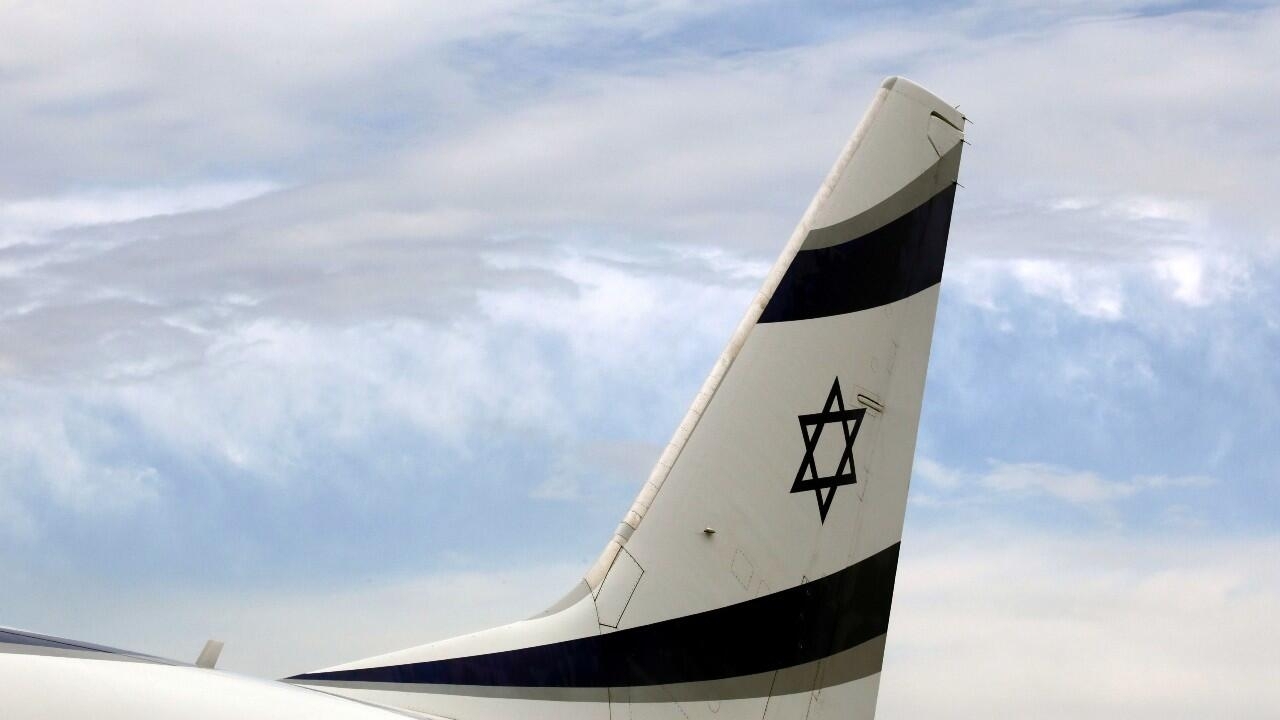