Manes and Larreta force Cristina to go out to fight 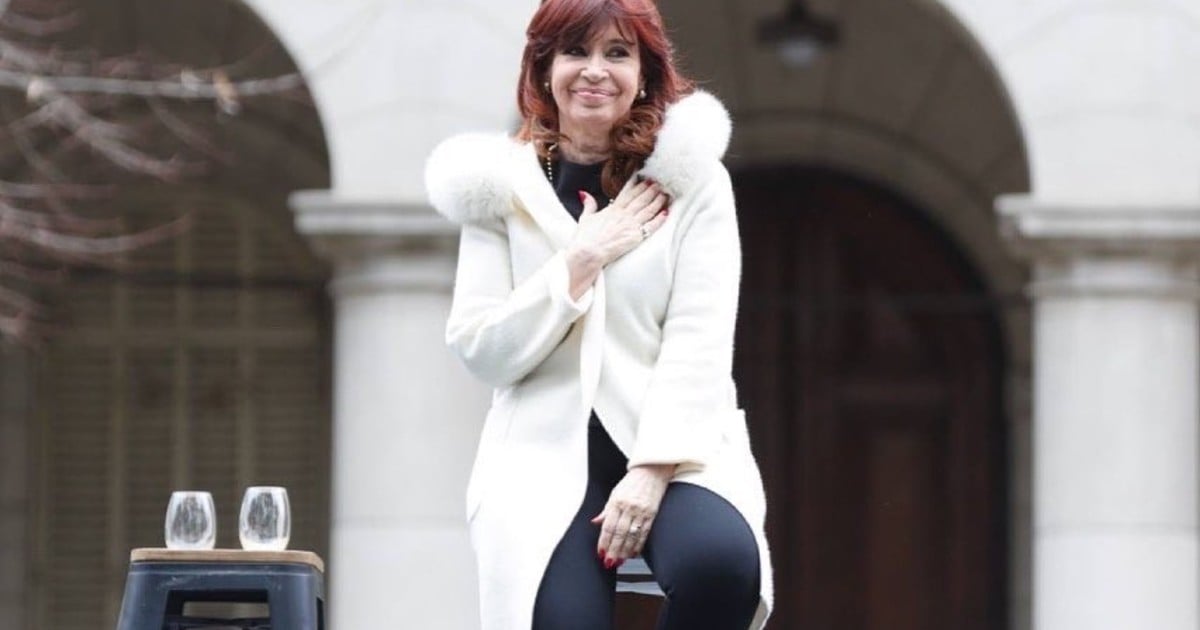 Cristina Kirchner went to the electoral field because he has no choice and does not believe too much in others. In those that do not work, which would not be only those of Fernández. The vaccine? Nothing to get excited about, at least in advance. See that in Chile, Piñera vaccinated with the full doses almost half of its population. It is the second country in the world in that ranking. And in the last elections he lost by beating. Neither does the economy help. They are the prodigies of something very serious that the Vice President already knows because she experienced it in 2009 and 2013, with De Narváez and Sergio Massa. That is why he scratched the bottom of his reserve of resources to try to reconstruct the epic in another historical moment. Had a deja vu in the midst of the plague, the economic crisis and the social bad mood.

Contrary to Fernández, who when he speaks he derails (That’s why in Salta she read and not even avoided problems), the vice angers others (and enjoys it) but excites her own. It is the only one that can really do that task effectively. But it is necessary to see if it retains all of its own and, furthermore, if that is enough for it.

We must dare to talk about proposing to the State sending over the entire health system right now, with an undeniable mismanagement with the plague. We are far from the best. And it is very ugly to count infected and dead to talk about the matter. But Cristina does not shrink: “We are going to leave with the vaccine. We are going to be happy again ”.

It speaks to the very own. And it also talks to itself. You begin to feel the fears that precede much more than disappointment. Perhaps, a dreaded frustration that you already know: losing in the legislative elections, something that you personally need to win as much as the rest of the people of the country and the world need the vaccine. You cannot lose a seat in Congress. In deputies they get bogged down very sensitive projects for your judicial situation.

The polls they sing bad numbers for the ruling party in important electoral districts -Córdoba, Santa Fe, Mendoza, Entre Ríos, City of Buenos Aires- and now worrying symptoms are added in the Province, where the main battle will be fought, in the hearts of the ruling party voters. That is why the classes returned – half – and restrictions were relaxed that, on the other hand, in many parts of that province are not respected.

If Fernández doesn’t pull and Kicillof backs down, Cristina has decided that she will lead the battle. His exit in the middle of the pandemic is something unpublished: the vice president never appeared in moments of crisis during her long term or during this plague, except to talk about her personal problems.

The launch of Facundo Manes introduces a new fact: for the first time radicalism finds a competitive candidate that overflows the party and attracts new sectors. It has had an impact on the opposition, where everything is rearranged and anticipates the arrival of Stolbizer, for example, and strengthens the intern with Santilli, Larreta’s candidate. For Kirchnerism and Massa this factor is worrying because a strong primary for the opposition may anticipate problems before the November election.

Larreta brought López Murphy into an agreement that has already been closed, and has begun to draw lines with Peronists who are beginning to abandon that fleeting illusion that the President tried to create.

Fernández is trapped in his own labyrinth. He orders the ministers to come out to defend the government or to leave, in a statement that has all the hallmarks of Cristina. The President knows that in his cabinet doubts often win out over certainties, especially about his authority to set a course that lasts more than a few hours.

The last fact – the abstention to condemn the new Nicaraguan dictator Daniel Ortega – has once again exposed the empty preaching of the Casa Rosada. The President’s decision was made by looking at the internal reality of his relationship with Cristina: there the rhetoric ends and the pathos begins.