“Mane’s advisor” reveals the surprise of Barcelona and Saint-Germain! 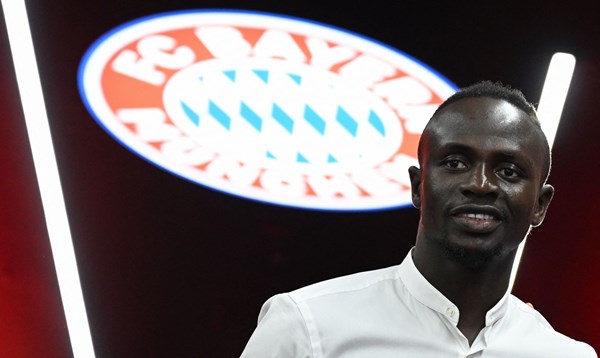 Anwar Ibrahim (Cairo)
Bakary Cisse, the special advisor to Senegalese international star Sadio Mane, who recently moved to Bayern Munich from Liverpool, revealed that the Teranga Lion was on his way to play for Barcelona in 2021, nominated by Argentine star Lionel Messi, who was a player at the time. In Barca, during the presence of the Dutch former coach Ronald Koeman.
Cissé said that Messi sought strongly to attract Mane and suggested his name to the Catalan club’s management and technical director, and insisted on a request to include him because, in his opinion, he is one of the best strikers in the world.
Cissé added, in an interview with the “After Foot” program on Radio Monte Carlo Sport, that Messi was preparing at the time to renew his contract with Barca, and Mane’s name was proposed by him among the players he wanted with him in the “Camp Nou”, along with The heart of the Argentine defense did not reveal his name, but what happened in the end was that Messi left Barcelona and moved to Paris Saint-Germain, in a surprise that no one expected.
It is worth noting that Messi was very convinced that Mane is the right man to play in Barcelona, ​​​​and that is why he sought to include him before he left, but because of his great admiration for his performance, talent, skills and goals, he considered him the best player in the world in 2019 and gave him his voice, in the selections of the Golden Ball Award, which Messi got it, and Mane came in fourth place.
Mane’s advisor also revealed that the star crowned with the African Nations Cup this year, who led the Teranga Lions to qualify for the next World Cup in Qatar 2022, this year received more than one call from Paris Saint-Germain through the Brazilian Leonardo, the former sports director of the Paris club, who He tried a lot with him, and even a meeting took place between him and Mane’s agent, during which they discussed the possibilities of Mane moving to the “Park of the Princes”, but the communications stopped after that, because the Brazilian Leonardo became “burned” in Saint-Germain and is subject to dismissal at any time, which actually happened after that. He was replaced by the French Louis Campos.
On the reasons that prompted Mane to play in Germany, specifically for Bayern Munich, Cisse said: Bayern presented a very tempting sports project, and no player can refuse it.
He added: After 6 years spent by Mane in Liverpool, it was necessary to look for a new challenge elsewhere, because he achieved everything with the “Reds”, and wakes up every day to see the same faces.
Cisse concluded his speech by saying: Most of all, in financial terms, Mane has become one of the highest paid players in the “Bundesliga.”