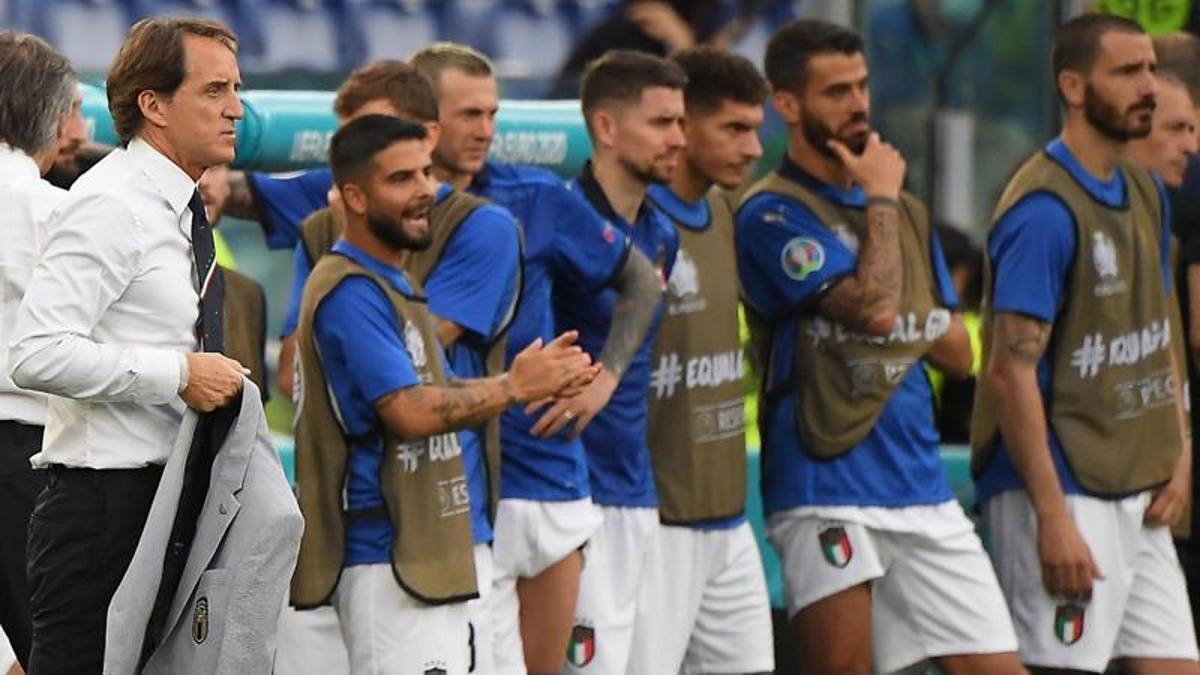 The choices of the coach are the demonstration of the trust in all the components of the squad, only the third goalkeeper Meret has not played so far. Journey into the last great blue events, and into the choices of those who were there then

“They are all starters, I choose the eleven who go on the pitch according to the opponents and the type of match”. It seems the usual cliché, but Roberto Mancini is giving it value and substance. Three matches of Euro 2020 and 25 players used out of 26: only Meret is missing. The extensive use of turnover is not unprecedented for the Azzurri in the final stages of major international tournaments, it must be said. And the weight of the five substitutions allowed by the current regulation should not be underestimated, compared to the three we were used to. But the trust that the coach has in all the components of his squad is evident and allows a more careful management of fatigue and ailments.

Let’s rewind the tape, and unfortunately we have to go back five years to find the national team involved in an event of this magnitude: Euro 2016. Between Roberto Mancini and Antonio Conte there are not many points of contact in terms of philosophy, but here yes. Only Marchetti did not set foot on the pitch in France, the other 22 were all used, also because the third match of the group (against Ireland) was played when the qualification had already been obtained.

Still backwards from two whole calendars: World 2014. That of the powerful heat of Recife and Natal, that of the humidity of Manaus. Prandelli chose 23 players and used 21: always out of Perin, who only performed in the friendly match of Volta Redonda, always out of Aquilani. Three games and Italy at home, with many greetings to the wonderful and peaceful retreat of Mangaratiba. The climatic factor accentuated the rotations of the then technical commissioner, because in 2012 – European of Poland and Ukraine – he reached the final using “only” 19 men out of 23: never in the field De Sanctis, Sirigu, Ogbonna and Borini.

World 2010, the Lippi-bis. Unfortunate South African expedition: 23 Azzurri called up, four never lined up, namely De Sanctis, Bonucci, Bocchetti and Palombo. Two years earlier, in Roberto Donadoni’s interregnum at Euro 2008, Amelia, De Sanctis, Gamberini and Borriello were the four Italians who never went into action in Austria and Switzerland. Let’s stop the journey back in the almanacs in 2006, so we close with a happy memory. Marcello Lippi in Germany gave minutes to everyone, except for the two goalkeepers Peruzzi and Amelia. But they are world champions too, because the contribution in a winning group is not measured in minutes.