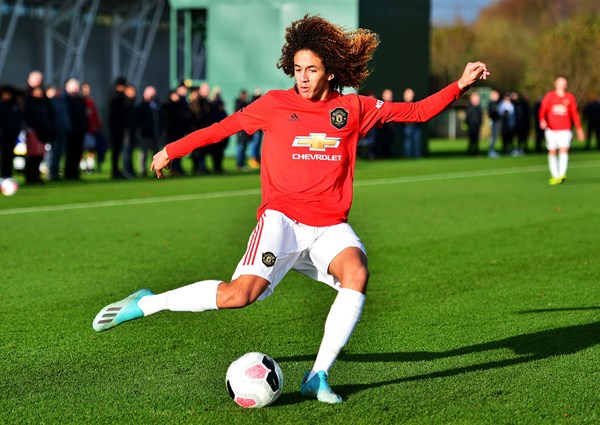 Manchester United Football Club celebrated today, Wednesday, the first participation of its player in the youth team Hannibal Al-Majbri with the Tunisian national team, in its friendly match against the Democratic Republic of the Congo, which was held last Saturday.

The club wrote on its official page on the social networking site “Facebook” after the first appearance of Al-Majbri in the “Carthage Eagles” shirt: “Raising the banner of our academy, performing his duty with the Tunisian national football team.”

The club added, congratulating the player of French and Tunisian origin: Congratulations Hannibal for this start with the first team.

18-year-old Hannibal, who received a distinguished reception in the training camp of the national team and the Tunisian media, participated in the second half of the Democratic Republic of the Congo match, which Tunisia won 1-0.

The player is in Tunisia’s training camp in preparation for two matches against Algeria next Friday and against Mali on June 15.

The newcomer to the Tunisian national team holds Tunisian and French nationalities and played in the French youth teams. He recently ascended to the first team of Manchester United, where his participation was limited to the under-23 youth team, and the Tunisian Federation entered into negotiations some time ago with him before he chose to play for Tunisia.