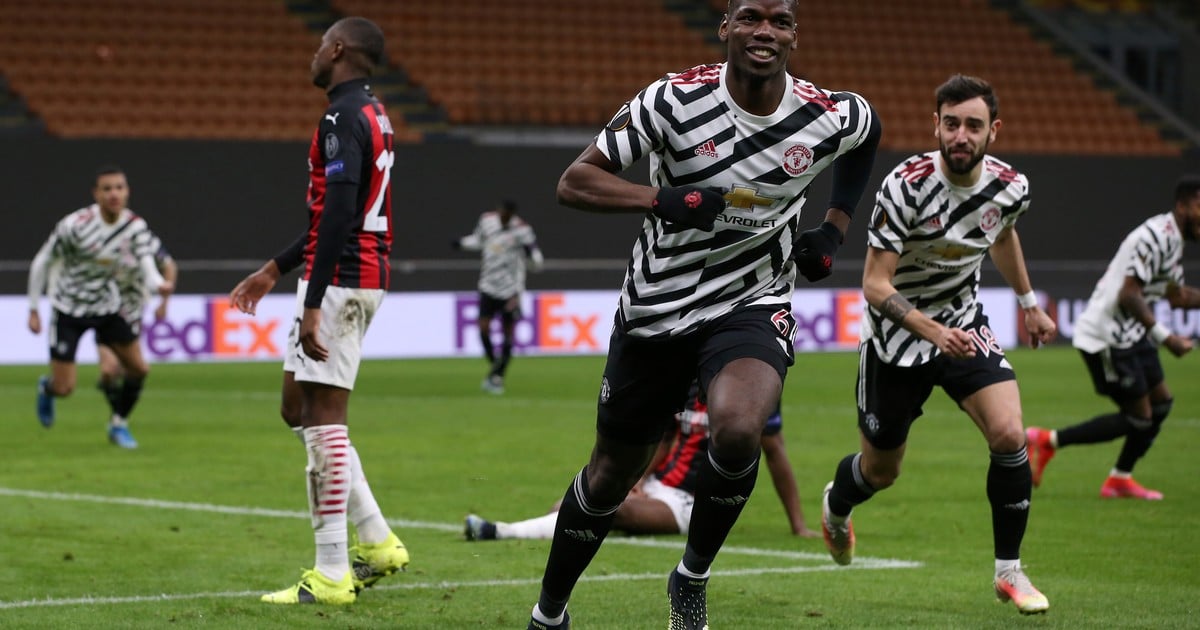 For the second leg of the UEFA Europa League round of 16, Manchester United defeated Milan 1-0 at the Giuseppe Meazza Stadium and qualified for the quarterfinals. The first leg had been a 1-1 draw at Old Trafford.

The Italian team came out to play the first half calmly because the away goal scored in the last play of the first leg in England, gave them a place in the quarterfinals. On the other hand, Manchester was not seen to be in a hurry to convert and he tried to remain calm so as not to get disorganized and that this would allow the locals to increase their advantage.

But the emotions came in the second half. With the entry of Frenchman Paul Pogba, just 3 minutes after starting the remaining 45 minutes he scored 1-0 after a play in which the Milan defenders could not get the ball out of the danger zone. The world champion midfielder took advantage of his chance and with a right hand meters from goalkeeper Gianluigi Donnarumma celebrated his goal.

To get the goal that will take them to the extension, the coach Stefano Pioli sent his ace of spades, Zlatan Ibrahimovicć to the court. A few minutes later the Swede came into action and connected a cross that was saved very well by goalkeeper Dean Henderson and saved the Red Devils.

Finally the agonizing tie that they had rescued in the Theater of Dreams this time did not come and Manchester United qualified for the quarter-finals. The English team extended their unbeaten streak and added 14 games without losing with 25 goals for and 6 against.

As for Milan, now it will be left to fight for the local championship that finds it in second place with 56 units to 9 of the leading Inter.