Manchester United and Atlético de Madrid, all or nothing in the Champions League 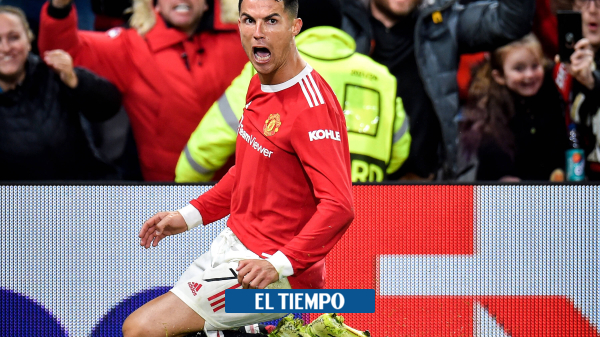 Atlético de Madrid visits Old Trafford on Tuesday (3 pm ESPN TV) in a round of 16 round of the Champions League completely open after the 1-1 draw in the first leg in the Spanish capital against Manchester United.

The red-and-white team had managed to get ahead on the scoreboard at the Metropolitano, but a goal by Anthony Elanga in the 80th left the swords high for the second leg.

Atlético goes to England with the intention of repeating their feat against Liverpool when in the round of 16 of the Champions League in 2020 they came back from 2-0 at Anfield to win 3-2 and seal the ticket to the quarterfinals against the then current champion of the mainland tournament.

The red-and-white team has gotten back on track in the League after winning their last four games in the domestic championship, getting into Champions League positions and coach Diego Simeone is happy with the performance of his men in recent weeks.

See also  Champions, Real Madrid ready for a comeback: this is what happened at the Bernabeu-Video Gazzetta.it

With high morale, the main problem for ‘Cholo’ is the loss of men like defender Sime Vrsaljko, midfielders Geoffrey Kondogbia or Matheus Cunha, while Angel Correa, who played against Cádiz for a few minutes after suffering a foot contusion. But, Simeone did not want to give clues this Tuesday about whether he will be able to recover any: “Those who are fit will play,” he said at the wheel
of press.

Atlético hopes to be able to recover some of these men, in addition to being able to count on Ángel Correa, the rojiblanco team’s top scorer with 12 goals in 37 official games. Pending the Argentine, the match may be the opportunity to shine after his injury for Antoine Griezmann, who after missing nine games reappeared in the first leg against United and on Friday as the starter.

Manchester is also another test for Joao Félix who, after many ups and downs, seems to have found his way at Atlético with five goals in his last five games. “He’s fine, he’s fulfilling what the team needs. He’s very good, enthusiastic and happy,” Simeone said on Tuesday.

The best version of the Portuguese, scorer of the rojiblanco goal in the first leg, could be crucial on Tuesday at Old Trafford, where Manchester trusts their stadium to certify their place in the next round of the continental tournament. The English team faces the game relieved after being able to count on some figures affected by Covid-19 and encouraged by their 3-1 victory over Tottenham at the weekend.

Luke Shaw and Bruno Fernandes were absent against Tottenham on Saturday, but United’s German manager Ralf Rangnick was reassuring. “We have all the players available for tomorrow’s game. There is a small question mark with Luke Shaw” after the infection has been overcome, Rangnick said on Monday at the conference.
of press.

“He has been training yesterday and today but we have to wait to see if he is fully fit to be available for the game,” the United manager said, adding that Fernandes already “tested negative” on Sunday for Covid-19. Rangnick also has a Cristiano Ronaldo available who increased his legend against Tottenham by scoring all three goals for his team and becoming the top scorer
of history in official matches.

See also  Sebastián Villa: they reveal audio that entangles him more in the case of sexual abuse

“With players like that you always have to be careful, not only with Cristiano, he has other great players with a very high level and you have to be aware of everyone,” warned Atlético midfielder Marcos Llorente.

MUSICUS! – The console version will arrive in Japan in March 2022

When does Boca play again for the Copa Libertadores?