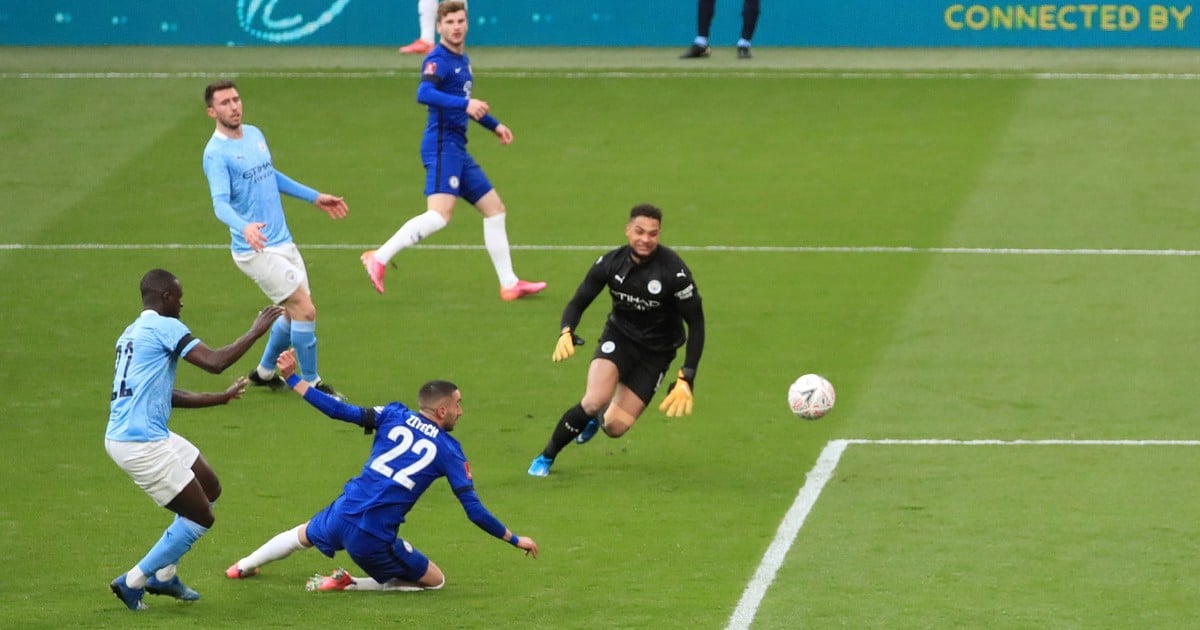 There will no longer be a perfect season. One must cross out the four goals that Manchester City had in the race: Chelsea beat them 1-0 in the FA Cup semifinals and left them out. To make matters worse, Pep Guardiola’s team raised the alarm for Kevin De Bruyne’s injury.

Celtic will continue to be the only team in football history to win the European League, Cup, League Cup and Champions League in the same season (1966/1967). The perfect path for City, which leads easily in the Premier, which will play against PSG in the Champions League semi-finals, and which Tottenham awaits in the League Cup final on April 25, suffered a stumble in the FA Cup .

Can they achieve poker? “You know my answer to this beautiful question,” Guardiola said in the preview of the tough clash against Chelsea. They always want to talk about the future … and the reality is tomorrow’s game. The rest does not matter to me. “

The triumph of Chelsea, who is also alive in the Champions League and will face Real Madrid in the semis, marked the first victory for Thomas Tuchel in the head-to-head duels with Pep. So far they had met in five games: the Spanish leading Bayern Munich and the German leading Dortmund, with a draw and four wins for Guardiola’s team.

At Wembley, it was a black night for City. One of its top figures, the Belgian De Bruyne had to be replaced 3 minutes into the second half due to an ankle injury and 7 minutes later, Hakim Ziyech after a good move by Timo Werner scored the winning goal.

In the final on May 15, Chelsea will face the winner of Sunday’s clash between Leicester and Southampton.

New US forces to Afghanistan to fulfill Biden’s promise

Lucía de la Cruz reveals that her mother passed away: “How much I miss you”