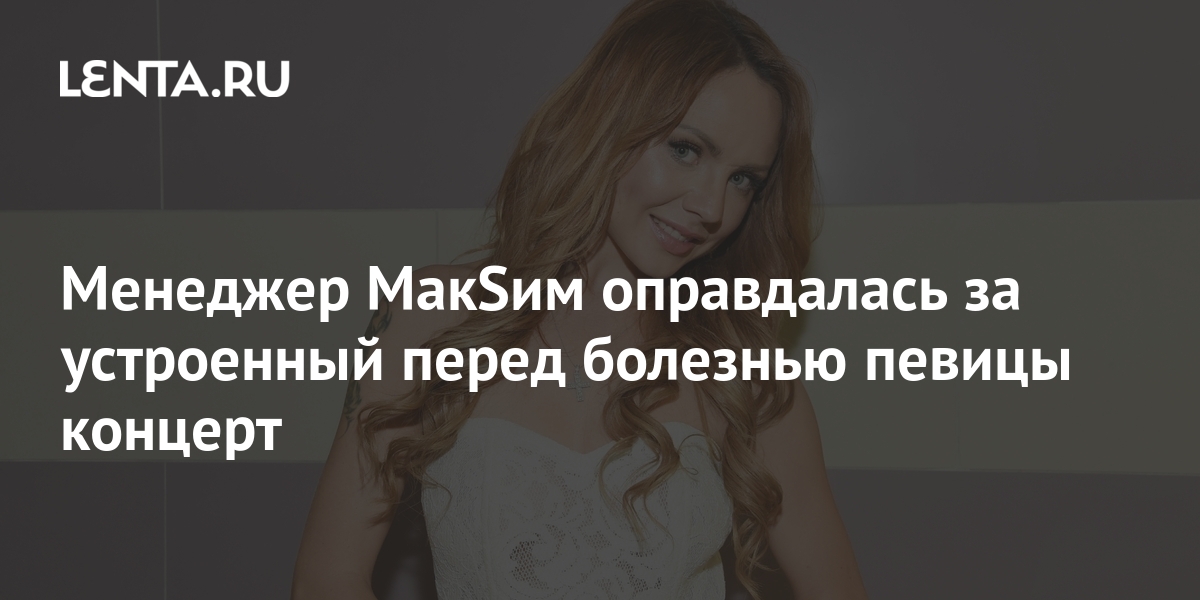 The manager of the Russian singer MakSim (real name – Marina Abrosimova) Margarita Sokolova justified herself for the concert in Kazan arranged before the performer’s illness. She left the corresponding comment on her page on the social network. Instagram…

One of the users wrote in a comment on Sokolova’s post that she was accused of allowing MakSim to work in Kazan. The singer’s manager replied that she herself decided to perform, because if she canceled the concert, many of the fans would “raise such a storm.” She also noted that the singer did not want to let the audience down, who “were looking forward to her and wanted to see and meet.”

According to Sokolova, that Marina had a fever, she learned from her after the performance, when the singer admitted that she “did not want to complain.” After that, the performer changed her air ticket for the nearest time of departure, although she planned to stay in Kazan for two days.

Earlier, Sokolova sharply responded to earlier reports of lung failure from the artist. The manager emphasized that her phone is broken again and “direct bombed”, but such information is prohibited by law to give out without the consent of her relatives. According to her, the artist is under supervision, she is provided with all the necessary assistance.

Singer MakSim was hospitalized on June 16. Three days later, MakSim was put into a drug-induced coma and connected to a ventilator.