Mallorca sobrasada served in the ‘The Best Restaurant in the World’ 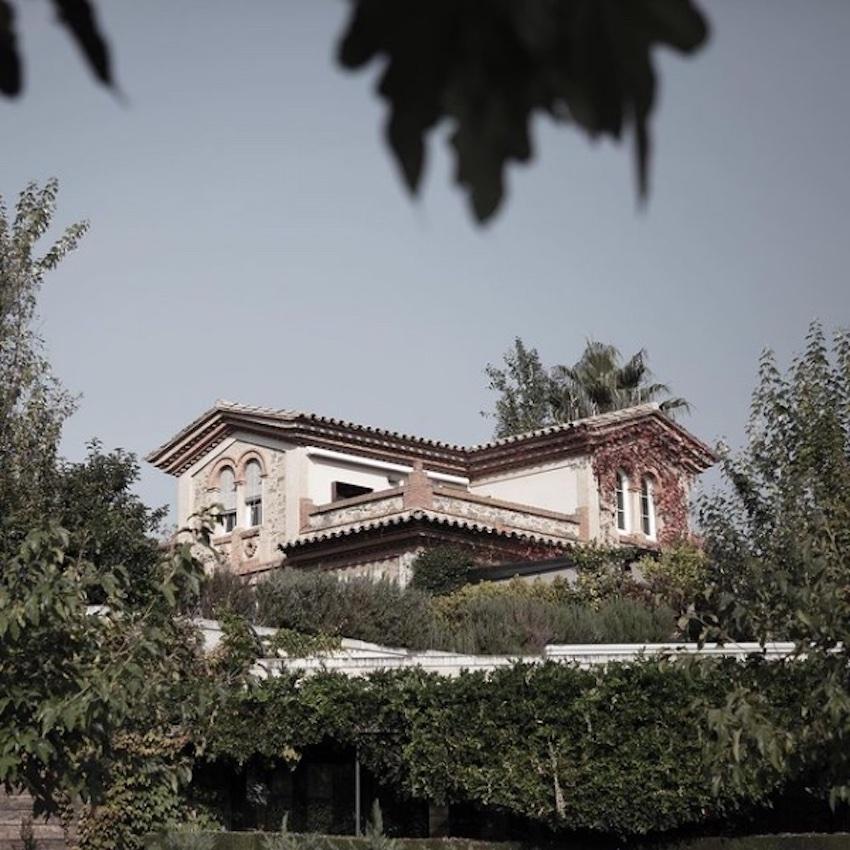 It’s owned and run by the three Roca brothers; Head Chef Joan, Sommelier Josep and Pastry Chef Jordi and all of them have a massive list of top industry awards to their name.

They spent a lot of time in their parents’ bar / restaurant ‘Can Roca’ when they were boys, surrounded by the smell of home cooked food made by their mother, Montse and grandmother Angeleta, all the time watching, learning and soaking up the secrets of the trade that would fashion their future.

Joan and Josep opened their first ‘El Celler de Can Roca’ right next door to their parent’s restaurant in 1986 and Jordi joined them in the family business a few years later.

The restaurant has moved a couple of times since then and it’s much bigger now too, with space for 45 diners and a kitchen that enough has room for 30 chefs. At least one of the Roca brothers is on shift for every service. 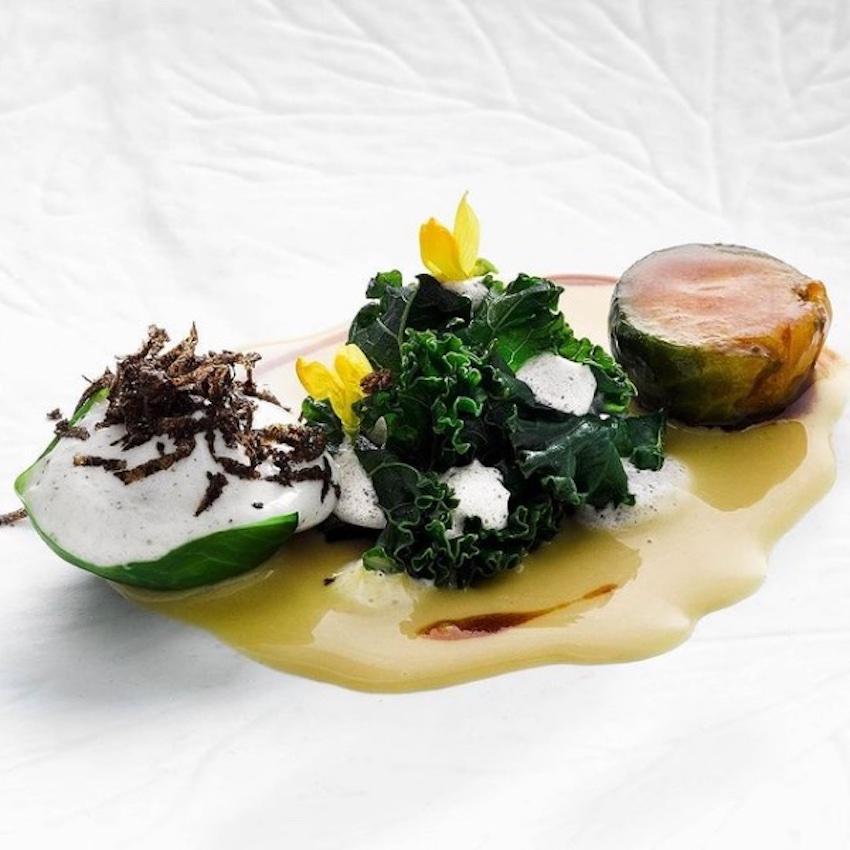 The food served at ‘El Celler de Can Roca’ is traditional Catalan with a twist, which is described as “creative” in the Michelin Guide and the restaurant has been awarded three Michelin stars in 1995, 2002 and 2009.

It also featured on ‘Masterchef’ UK in 2011 when the three finalists had to cook their own dish and 6 of the signature dishes from ‘El Celler de Can Roca’ for the three brothers. In 2009, the Roux Scholarship winner, Mark Birchall chose to work at the brothers’ restaurant as part of his prize.

In 2013, Joan, Josep and Jordi teamed up with BBVA Bank, with a view to raising awareness about sustainability, environmental conservation and fair trade and their partnership just goes from strength to strength.

Over the years they’ve trained hundreds of young chefs and hospitality industry hopefuls through their innovation and sustainability scholarships program, taking them under their wing at El Celler de Can Roca.

Both BBVA and the brothers are deeply committed to sustainable development and are determined to promote small producers and use local ingredients as the basis of the dishes they create. 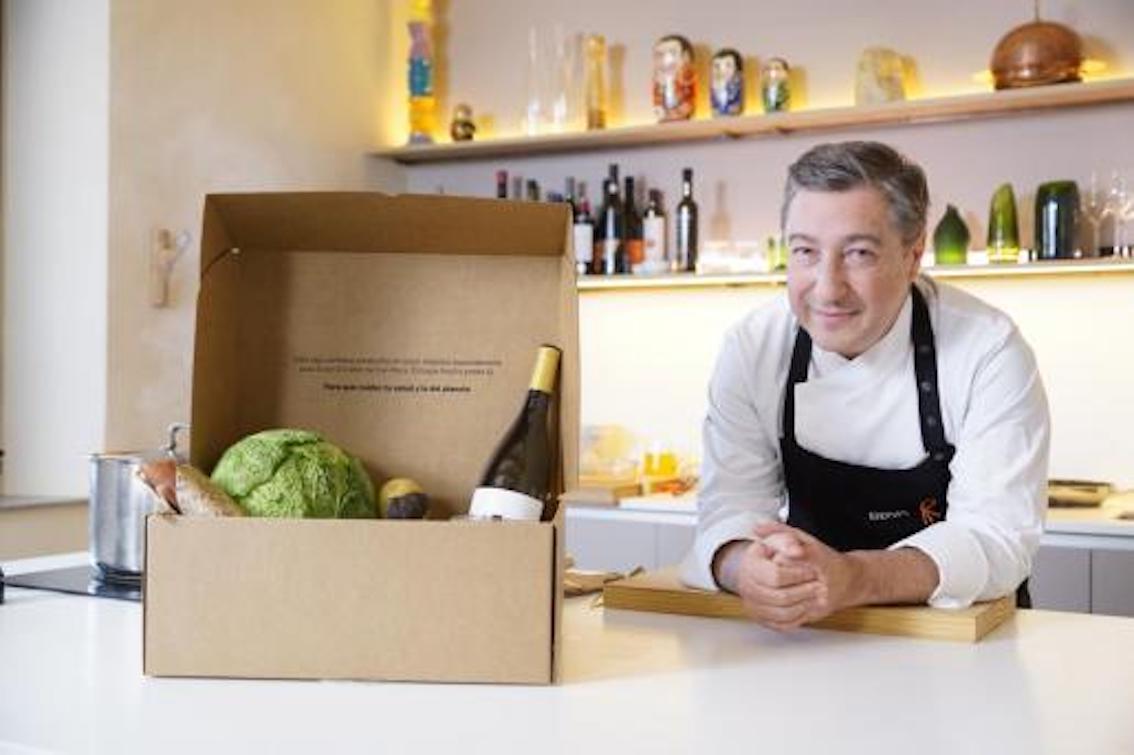 In October last year, they launched the BBVA Awards to honor farmers and food producers who promote sustainability.

The lucky winners become part of the Sustainable Gastronomy project, which means they get to supply a monthly basket of seasonal products for ‘El Celler de Can Roca’ and benefit from the unprecedented publicity that comes from being associated with the restaurant.

“At BBVA we understand that the main concern of SMEs is to guarantee their survival, and sustainability can play a very important role in the recovery of their business, BBVA Director, Alberto Cano said at the time. “For this reason, we have made progress in our collaboration with El Celler de Can Roca, launching these awards with the aim of supporting local producers who are betting on sustainability and who can inspire other SMEs.”

“Sustainability, both economic and environmental, is the key to where recovery should go, these are two pillars that we all have to bear in mind, ”stressed Chef Joan Roca. “These awards have to do with the idea of ​​making producers visible. “These are very hard times for everyone, but there is something happening at the Celler that fills us with optimism for the future and that is the reaction of the diners, ”he added. “In the worst moments of the pandemic, when we were all confined and locked up, the feeling spread that the hospitality industry was expendable for society, and the reality is that this is not the case.”

The baskets come from all over Spain every month and the January one contains a cabbage from Cambrils in Tarragona, a truffle from a company with plantations in Guadalajara and Teruel, butter from Soria, cream from Villanueva del Pardillo in Madrid, organic potato from La Cerdaña, Mallorcan sobrasada and an aged white Rioja.

“In January the key product is cabbage, “explains Chef Joan Roca.” It’s a very interesting product from a nutritional point of view and also considering its healthy properties and it’s an excellent product to keep in mind for our diet. “

The cabbage is from Verdcamp Fruits of Cambrils in Tarragona, winners of the BBVA Award for the Best Sustainable Producers and it’s central to Chef Joan’s recipe.

He cooks it whole in the oven with the butter sauce from Mantequerías York in Soria, a company with a long artisanal tradition. To complete the recipe he adds a black truffle Tuber Melanosporum from Trufas Alonso in the Gúdar-Javalambre region of Spain.

The Mallorcan sobrasada comes from Can Company and is the main ingredient of Chef Joan’s second recipe.

First he makes blinis with potatoes from Bioabenur in Fontanals de Cerdanya in Girona, which is a company that’s been growing organic produce since 1993 and has a certificate to prove it. Next, he adds the cream from the Priégola dairy company in Villanueva del Pardillo in Madrid.

“It’s a friendly, airy wine, dressed in gold and shades of green,” says Josep, “a broth of privileged vineyards cared for in organic farming near Alfaro, in La Rioja Oriental, land of viuras and grenache. “

Anyone can receive the exact same monthly basket that the restaurant gets; it costs € 70 and always includes a bottle of wine specially selected by Josep Roca. Once you have all the ingredients, you can also have a go at cooking Chef Joan’s recipe. 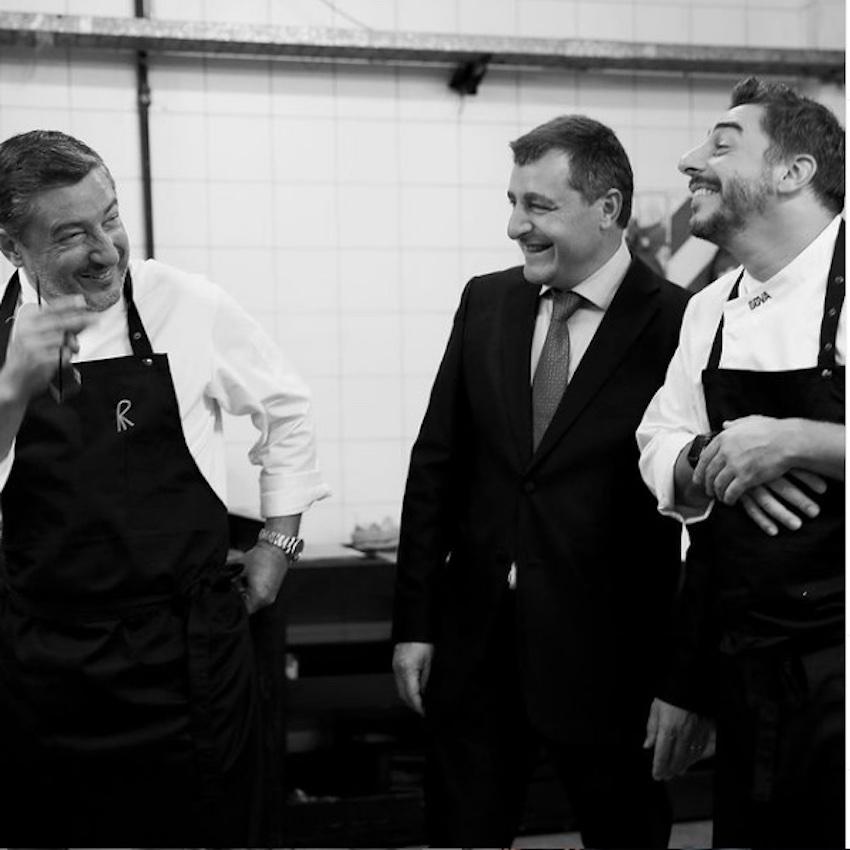 The Roca brothers have visited Mallorca many, many times and are self-confessed fans of the Island’s cuisine.

“We feel close and connected to Mallorcan food and their way of doing things, ”Said Chef Joan. “In our restaurant we work with Mallorcan products such as olive oil and sobrasada.” He’s also a fan of Mallorcan wine, “especially local varieties such as callet, premsal, gyro and mantonegro. “

Joan, Josep and Jordi are very big on recycling and a collection of products from their ‘Roca Recicla’ project are available on Amazon, such as glass cups that are made from empty bottles used in the restaurant, stools created from polystyrene boxes, aprons, bags and cases are made from plastic bags for low temperature cooking. 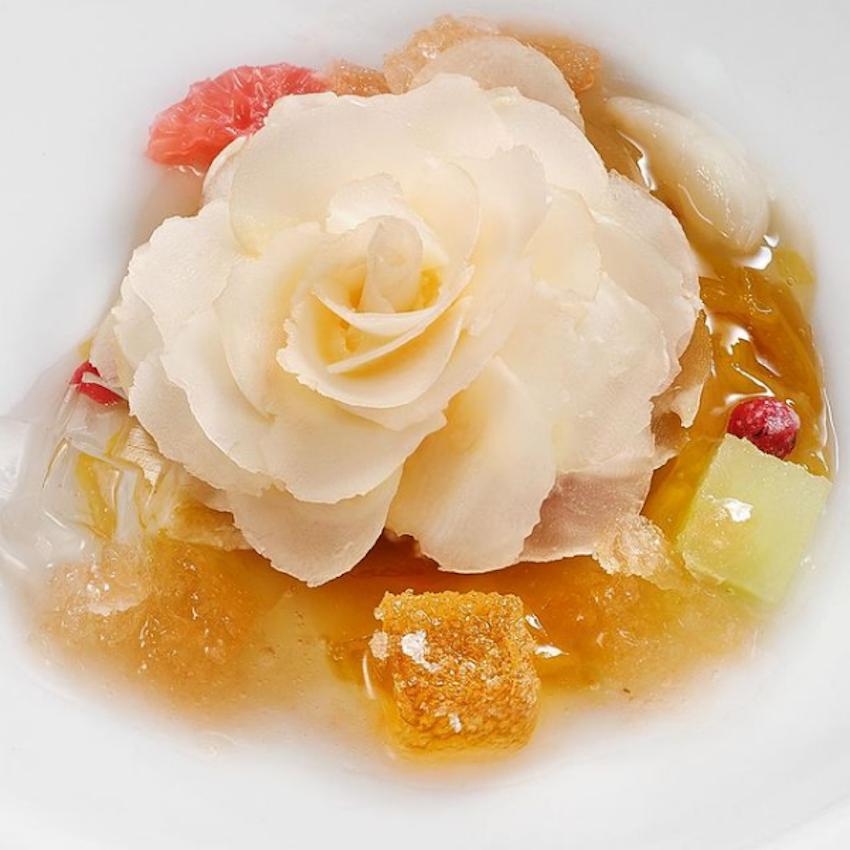 Kanaky-New Caledonia: a historic government with a pro-independence majority

Crisis. The Covid, a test for our democratic system