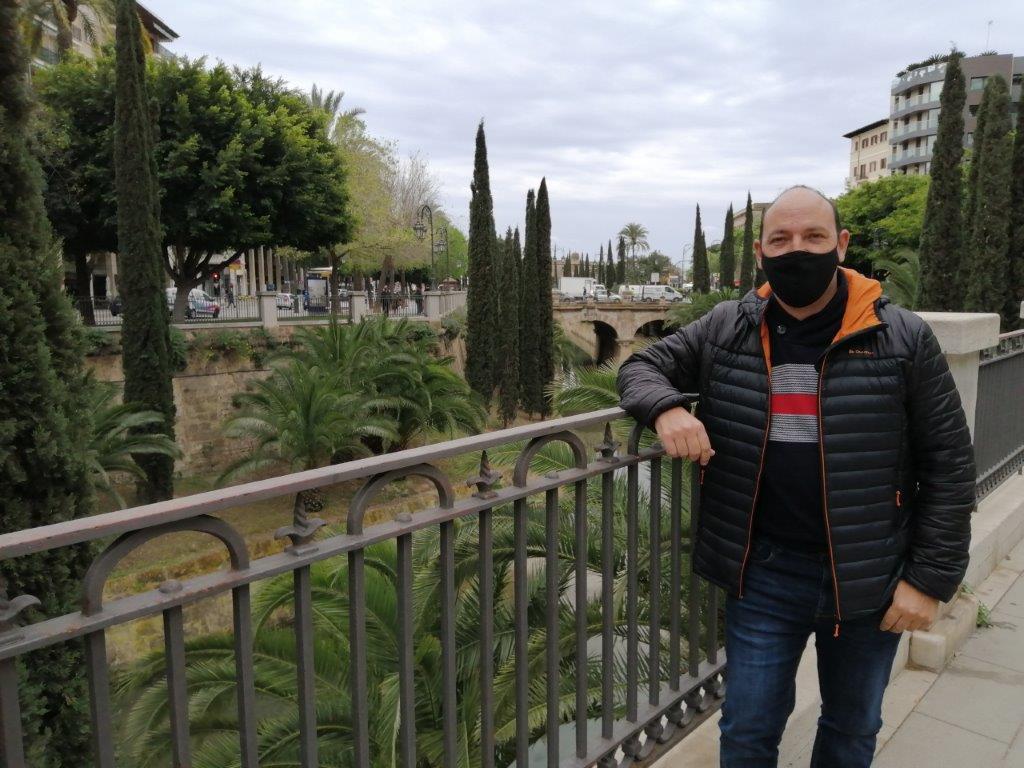 Balearic governments, local councils and political parties on all sides of the divide have spent years pledging to defend animal rights in Mallorca but very little, if anything, has actually been done, and out of anger and frustration, Guillermo Amengual has created the political party Progreso en Verde to try and finally make a difference.

Up until a year ago, Guillermo had spent ten years as a very active member of Animanaturalis in Mallorca – its main slogan was “Mallorca without blood”And it campaigned for the banning of bullfights, tighter controls of zoos and animal parks, against the mistreatment and abuse of pets and the end of horse and carriages in Mallorca.

These are still very much ongoing campaigns, but a year ago Guillermo decided that it was high time to take his battle to another level and play the lying politicians, as he refers to them, at their own game.

With summer just around the corner, the horse and carriages are back on the streets of Palma and two other municipalities in Mallorca, and this has forced Guillermo to get more active. I have told the Bulletin last week that his party is demanding that Palma town hall urgently processes a new bylaw governing the carriages and is telling the parties that comprise the ruling administration – PSOE, Més, Podemos – to abide by election promises made regarding an end to the exploitation of horses .

After six years in power, Guillermo notes, the exploitation continues. After months locked up in their stables, the horses are returning to the streets in “deplorable condition”. “We are asking for an urgent review of their health and that they are well fed and in good hygiene conditions in their rest areas.”

The party has meanwhile sent letters to the European Parliament and the European Court. It is calling on Europe to help put an end to a situation which is unworthy of the twenty-first century. “The suffering of horses in the summer season is devastating. Each year, horses collapse in the street due to heat stroke. Is this the image we want for our country? “

Over the past ten years, Guillermo and his rising number of supporters, both local and foreign, have managed to bring an end to circuses with animals and to persuade 33 of Mallorca’s 53 councils to declare themselves against bullfighting.

Although Palma has declared itself an animal-friendly city and in theory banned blood sports such as bullfighting, the Partido Popular, when it was in government, declared bullfighting part of Spain’s natural heritage, and so it has been ring-fenced and therefore cannot be banned at a national level.

“In 2015, when there was a change of government in the Balearics, we thought there would be changes with the support of left-wing and more progressive parties like Podemos and Més. But despite both parties saying all the right things, we have not advanced at all, which is why we have created a political party. We can no longer afford to be on the outside looking in, we need to play the politicians at their own game and move into the political arena.

“We’re only a year old as a party but we’ve already got a large support base and we’ve got two more years to prepare for the elections. Even if we can get just one representative on Palma council, we will be able to be much more proactive and force change and defend animal rights.

“We are aware that jobs are at stake and we don’t want to see the carriage drivers out of work. What we want is for Palma council and the other two local authorities to follow the leads which have been adopted in many countries around the world and introduce electric carriages. Even countries like Mexico have already gone down that route.

“But to do this, and we’re working with animal-rights parties across Spain and around the world, we not only want to see our case taken up by the European Union, we want to see a debate take place in Congress in Madrid . All we need is one MP from which ever party to take up our case and table a motion. It’s not only here in Mallorca but also across Andalusia, where horses are having to work in 40ºC temperatures during the summer and sometimes non-stop. It’s cruelty beyond belief.

“There are statutes in Palma governing the use of the horses, but they are never applied and most of the time the Local Police turn a blind eye. For example, carriages should take no more than five passengers and none should be sitting up front by the driver. I’ve documented cases of passengers being driven right past officers on the beat and no action being taken.

“Then we have the case of the vets brought in for the annual check-up. According to the statutes, only horses aged between 6 and 13 are allowed to work, but we have proof of horses as old as 20 being worked. There are fines of up to 9,000 euros for infringing the various statutes in Palma but they are never levied, and one of the reasons is because there is a criminal element behind the horse and carriages, which leads back to the gangs in Son Banya. I’ve been at meetings with the drivers which have nearly ended in violence. One of our members created an online petition which received over 300,000 signatures from all over the world, not just here in Mallorca – he had his life threatened. I’ve been falsely denounced for various bogus reasons, for photographing the horses on the streets and in their stables, which are also a disgrace. The horses hardly have any room to move and when they are not working during the winter, for example, they are not properly exercised or fed. I’ve owned horses, I know how much time and money is required to maintain horses in a healthy and humane condition.

“So, it’s very complicated and potentially very dangerous and sadly there are too many outside interests at stake which the council is not prepared to confront. They are all cowards and liars on the council and in most of the political parties.

“Yes, when it’s election time, they’ll sprout forth on animal rights, belching out false promises which they know the electorate wants to hear and believe in, but they never ever follow them up and take any action.

“Apart from the inhumane practice, is no one aware of the dreadful image the poor horses give Mallorca? I’ve seen tourists looking at the horses in astonishment, in tears and only to be abused and shouted at by the driver for taking a picture. We get letters and emails on a daily basis from visitors to Palma from all over Spain and across the world, not to mention residents, about the terrible conditions the horses are made to work under and the poor physical condition of the animals.

“Even the former Queen of Spain wrote a letter of complaint to Palma council a few years ago, but that was ignored. So, it’s time to take serious action, not only about the horse and carriages but about how animals are mistreated in Mallorca in general and the lack of respect for animal rights by the politicians. “