Maktoum bin Muhammad: The endowment is a present culture in our society, as individuals and institutions 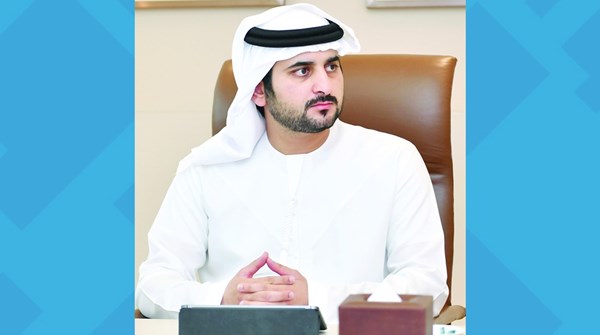 His Highness Sheikh Maktoum bin Mohammed bin Rashid Al Maktoum, Deputy Ruler of Dubai, First Deputy Chairman of the Executive Council, affirmed that the efforts of the Endowments and Minors Affairs Foundation in Dubai embody the vision of His Highness Sheikh Mohammed bin Rashid Al Maktoum, Vice President and Prime Minister of the UAE and Ruler of Dubai, may God protect him. Concerning the expansion of the endowment, so that its impact includes all developmental aspects, and transforming it into an influential tool that supports culture, education, health and various fields of scientific research.
He pointed out that this vision led to the strengthening and development of the endowment work system in Dubai and activating its role in achieving sustainable development that the state seeks. His Highness the Deputy Ruler of Dubai pointed to the distinctiveness of innovative endowments and their remarkable growth in recent years in the emirate, which made them part of the lives of its people, as the culture of endowment has become present and effective in the souls of both individuals or institutions that are racing to participate in the launch of innovative and modern endowments, which contributes to More in the development of society, especially with the reliance on modern technical methods in managing and developing the endowment, and relying on scientific planning in developing sustainable endowment projects.
His Highness added: “The endowment is a cultural heritage and a symbol of humanity, its activation achieves sustainable development, and the UAE society supports the endowment process and its noble mission … Let us preserve this community support, and this sacrifice and giving, so that the endowment achieves its full role in society.”
Endowments and Minors Affairs Foundation in Dubai registered endowment number 717 by the end of 2020, thus exceeding the total value of endowment assets registered with it in the emirate, seven billion dirhams, and endowments belong to 442 endowments and endowments, they registered with the Foundation, and the 717 endowments are divided into 683 real estate endowments and 34 financial endowments “Financial assets and stocks” were distributed to the charitable endowment by 622 endowments, the atomic endowment by 64, and the joint endowment by 31 endowments, out of the total endowments. The shareholders of endowments were distributed to 316 endowments provided by men, and 97 endowments provided by women, while the number of endowments provided by entities and institutions reached 29 endowments.
Regarding the positive impact of the endowment on society, Issa Al Ghurair, Chairman of the Endowment and Minors Affairs Foundation, said: “The vision of His Highness Sheikh Mohammed bin Rashid Al Maktoum in activating the role of the endowment to serve the sustainable development goals has had a great impact in motivating various entities, institutions and individuals to participate in Developing the endowment and achieving its goals to open the gates of goodness and hope, and to extend a helping hand to families in need of support, patients awaiting treatment, orphans who lack care, and young people who aspire to education.
For his part, Ali Al-Mutawa, Secretary-General of the Foundation, said that the development of endowments is an ongoing need to search for sustainable projects and advanced investments, indicating the need for renewal and innovation in the forms and types of endowments, to ensure the effective participation of various bodies and institutions in investing the endowment and developing its assets, in a way that contributes to supporting projects. The endowment and maximizing its benefits, so that the patients, orphans, widows, people of determination and those with limited income can reap its benefits. Al-Mutawa explained that the expansion of the scope of participation in endowment projects, which was shown by the recent statistics of the foundation, reflects the entrenchment of the values ​​of goodness and charity in the Emirati society, the expansion of the culture of endowment and the prominence of its importance among individuals and institutions of various kinds.