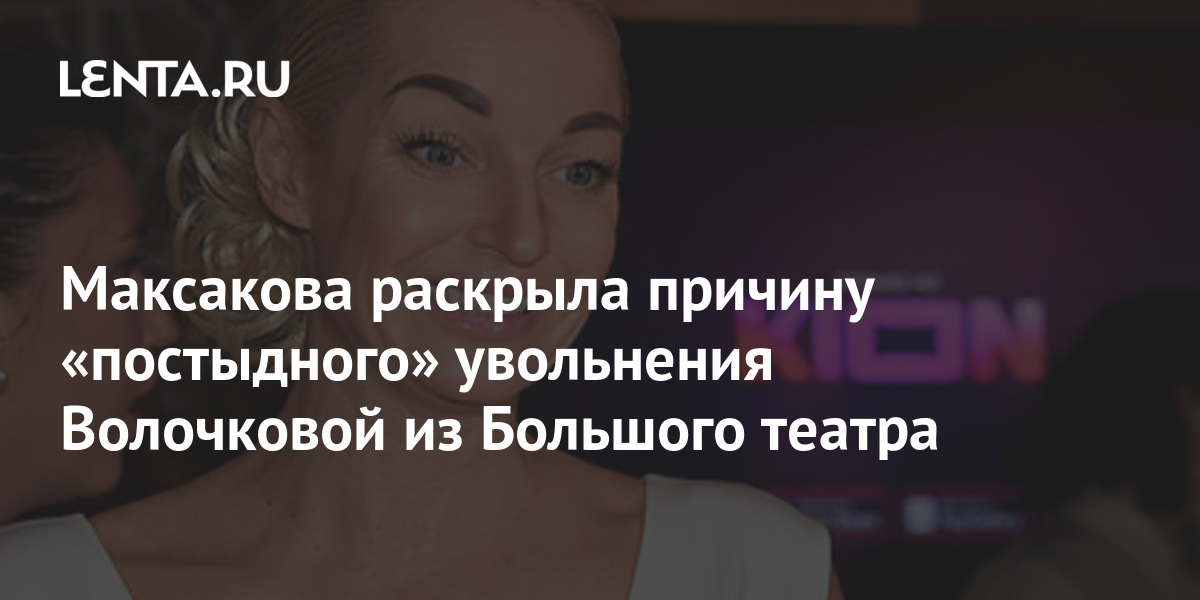 Opera singer and widow of a former State Duma deputy Maria Maksakova revealed the true reasons for the dismissal of ballerina Anastasia Volochkova from the Bolshoi Theater. The artist spoke about this during a live broadcast in Instagram…

According to her, in the life of Volochkova there was an offended influential man who harassed her. “Nastya was just a sex symbol. All the men sent her photos, she was so welcome. This is an objective reality now. I also faced revenge, with the revenge of a rejected man, let’s just say, ”Maksakova said.

The singer remembered that the ballerina refused sympathy to the oligarch who courted her. After several unsuccessful attempts to build a relationship with Volochkova, the businessman decided to take revenge on her.

“The humiliating shameful process of her dismissal from the Bolshoi Theater began. They bought some kind of electronic scales, and it turned out that it did not meet any standard, although at that time it did absolutely everything. They arranged a public flogging, well paid by this offended uncle, ”Maksakova explained.

Earlier, Volochkova said that journalist Ksenia Sobchak humiliated her during their 2019 interview, because she actually envies her success in her theatrical career and personal life. “She cannot forgive that I became a ballerina (she also wanted very much), that there are always many men around me, many flowers. When I danced at the Mariinsky Theater and in the Bolshoi, the whole family – she, my mother, Anatoly Sobchak was still alive – sat in the front rows of the stalls and watched, ”Volochkova recalled.