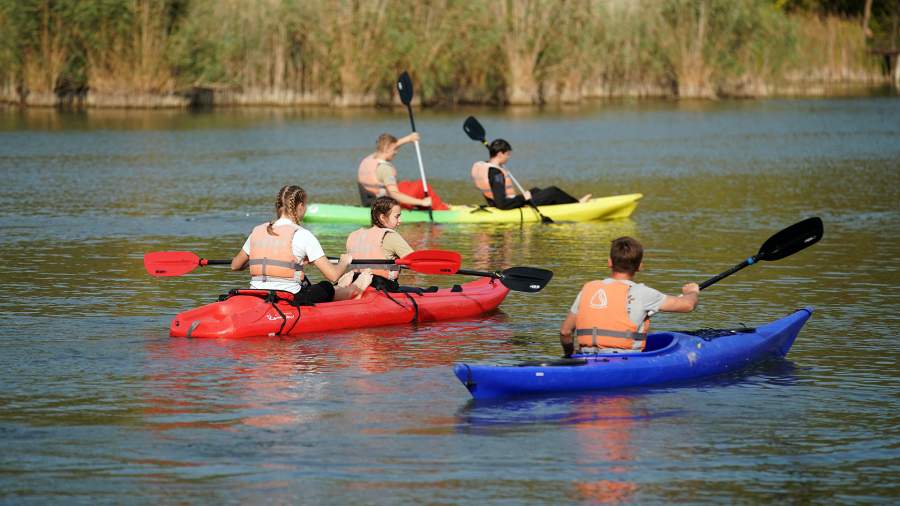 A student tourism program starts in Russia on July 15. Until August 25, young people receiving higher education will be able to travel around Russia, staying in the hostels of 15 universities participating in the project. Thus, students will be able to visit St. Petersburg, Kazan, Nizhny Novgorod, Vladivostok, Kaliningrad and a number of other cities, while not spending much on housing – prices per day of stay vary from 35 to 400 rubles. Details – in the material “Izvestia”.

Where can I go

From July 15 to August 25 within the framework of programs of student tourism, developed by the Ministry of Education and Science, students of Russian higher educational institutions will be able to travel around their home country and at the same time live in student hostels at quite affordable prices.

This year, 15 Russian universities were included in the pilot program. It will be possible to stay at the campuses and hostels of the program partners in St. Petersburg, Moscow Region, Nizhny Novgorod, Kazan, Vladivostok, Rostov-on-Don, Kaliningrad, Tomsk, Veliky Novgorod, Krasnoyarsk, Barnaul, Taganrog, Vladikavkaz, Simferopol, Ufa and Irkutsk …

– We live in a beautiful country with a rich history and wide geography. Our students should be able to travel around Russia easily. Currently, on behalf of the President, a network of world-class campuses is being created, funding is being allocated for major repairs and reconstruction of existing hostels and campuses. Therefore, there will be more and more options for comfortable rest for student tourists from year to year, – said Deputy Prime Minister Dmitry Chernyshenko.

According to him, the program is aimed both at developing domestic tourism in Russia and at creating opportunities for affordable safe recreation for students.

– Student tourism is not just travel across Russia. The implementation of the program will strengthen interuniversity ties, introduce students to colleagues from the regions, and give impetus not only to personal, but also to scientific cooperation. During travel, the brightest memories of youth and new ideas are born, which can quickly become joint scientific and technological projects. Universities will create all the necessary conditions: provide students with accommodation and take care of their leisure. Student tourist clubs and student self-government bodies will be involved in this, – said the head of the Ministry of Education and Science Valery Falkov.

How much does it cost

Students will be able to travel according to the program both independently at their own expense, and as part of organized groups, where the sending party bears the cost. In this case, the university pays or reimburses in full the costs of travel to the place of stay, meals, accommodation. The host university will be responsible for organizing the tourist program and cultural and leisure activities, as well as escorting groups. In total, students are offered more than 150 excursions, activities and various cultural and educational tourism programs.

Most programs for organized student groups are tours of two to seven days in length. The cost of living, depending on the type of accommodation (block, apartment), will be from 35 to 400 rubles per day. If the package also includes meals (breakfast or breakfast with dinner), the cost of stay will vary from 250 to 550 rubles per day.

You can now choose an accommodation option, as well as familiarize yourself with the proposed tours and excursions using the information platform studenttourism.rf. There, students can apply for accommodation booking indicating the dates of the trip. To do this, you need to provide only a very typical set of documents, including passport data, SNILS and several certificates.

However, much in organizing such trips will depend on the epidemiological situation both in the country as a whole and in each individual region. “Because the health of students and teachers is above all. And if there is a worsening of the epidemic situation, we will correct the situation, “- stressed Valery Falkov.

As the rector of the St. Petersburg State Polytechnic University of Peter the Great Andrei Rudskoy told Izvestia, the university is already actively preparing for the arrival of students wishing to visit the northern capital. “This is a very correct decision. For example, in St. Petersburg at this time, hotels are very expensive and, of course, they are not affordable for a student. That is why it is necessary to create conditions for young people where, in fact, they can stay in hostels of other universities for free. We now have a total of 10,000 vacancies, since many are leaving for the summer. Therefore, we, of course, will provide such an opportunity to children from other cities, ”he said.

According to Rudsky, the university is developing programs for acquaintance with the St. Petersburg Polytechnic in order to attract bachelors from other regions for master’s degree. Thus, the program will be able to help not only rest, but also the development of ties within Russian higher education.

– Our student volunteers will be involved in organizing the excursions. For example, we have contacts with both the Zoological Museum and the Kunstkamera, so we will ensure that students who come to us will visit these places – we even allocated a certain fund in order to buy tickets for the guys. As for the provision of transport, we, of course, will not have enough for everyone, but everyone will be allocated certain funds for travel by metro, as well as for sailing on boats along the Neva.

Students are also expected at the Kazan (Volga Region) Federal University. “At the moment we can accommodate 50 people. As of today, we have no applications yet, but since the program opens on the 15th, we think that then we will have them. The cost of housing is 100 rubles per day, while students will live in the “Universiade Village,” the university told Izvestia.

– As for the program, we have prepared several options: for three days, for five – depending on how long the students will come and what they want to see. There is interaction here with the League of Students and the Academy of Creative Youth, who will also be able to share their experiences (this will be especially interesting for student activists). There are also excursions – this is the Kazan Kremlin and the National Library. It all depends on the goal and, of course, on the weather.

The Bashkir State University (Bashkir State University) will also take part in the program. By words Vice-rector for educational and methodological work Azat Galimkhanov, in addition to accommodation, the university also organizes meals for students, as well as a cultural and entertainment program with excursions in Ufa and trips around the republic. The cost of a six-day tour is 10 thousand rubles.

– Students will visit Ufa and take a tour of significant places in the region, they will get acquainted with lakes, waterfalls and caves, go to the “ocean”, more precisely to the place where it was several million years ago, conquer the famous Shikhany and Aigir mountains. And after climbing the rocks, tourists will see the picturesque nature of the South Urals from a 379-meter height, hear local legends, – Azat Galimkhanov said.

During the period of the program, BashSU is ready to accept 10 students every six days. According to preliminary estimates of the university, 60 or more students will be able to visit Bashkiria during this time. At the same time, the university is ready to consider expanding the number of tourists if there are more people wishing to come to the republic.

As Yuri Nakonechny, deputy chairman of the Russian trade union of students, noted in a conversation with Izvestia, such programs were in demand during the Soviet era, but modern young people will also be able to appreciate such trips around the country with the participation of large universities.

– The most active stratum of the population is young people, especially students. I must say that this initiative is not new – there were excellent tourist routes back in the days of the USSR. In various large universities of the country, various student camps, sanatoriums and dispensaries are still left as a legacy of the Soviet era. If students now have such an opportunity that they can, let’s say, cross-go to another city, to another higher educational institution and use the infrastructure of this university, while looking at the beauty of another city, develop and educate themselves, then this is an excellent initiative.a, – he noted.