‘Make it look like an accident’, the most difficult task for Juntos por el Cambio to accomplish 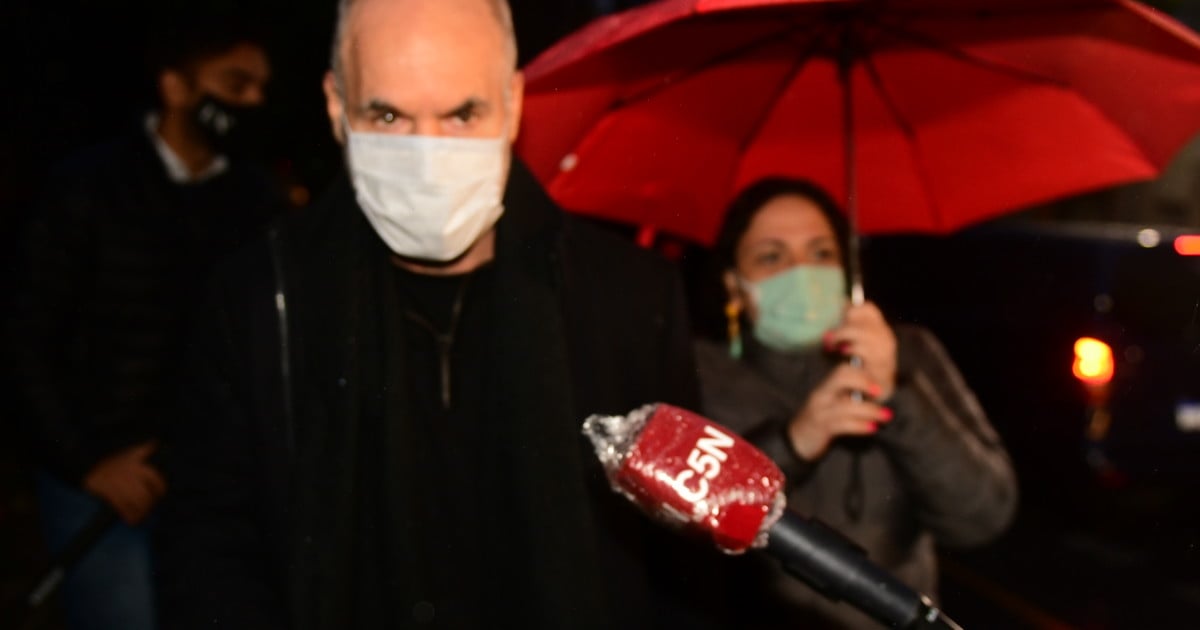 Unlike the parties of other times, unified under programs, ideological tracks or strong leaderships, the political coalitions of recent years in Argentina -with diffuse limits and ephemeral denominations- They tend to spend a good part of their efforts managing their internal discussions so that they do not collapse the structures, which are not supported by bases with sufficient historical density.

Despite these precautions, the Frente de Todos, the unequal political society of the government, has been handling their disagreements in the light of day, a process that, among other consequences, ended up making it clear that individual political power is a limited resource for the President.

Now it was the turn of Together for Change, where the usual differences in criteria between the PRO, the UCR and Elisa Carrió the exhibition of friction between Mauricio Macri Y Horacio Rodríguez Larreta. In the latter case, the PRO faces an additional challenge: to find some formula to avoid that this discussion between the two most powerful leaders of the party leaves one of them irretrievably wounded. “PRO needs both of you, because both have their voters ”, explains a leader who today works for Rodríguez Larreta.

Until now, Macri insists that a candidacy for national deputy of Maria Eugenia Vidal in the Federal Capital it would serve Rodríguez Larreta to achieve a greater difference before the Frente de Todos and to cut the advance of Patricia bullrich in the district, but not to strengthen the projection of Together for Change at the national level. Specifically, Macri believes that keeping Vidal as a candidate in the Province of Buenos Aires would help a lot to improve electoral chances of the opposition force in the main district of the country.

On the other hand, Rodríguez Larreta considers that a legislative election is an excellent opportunity for a political head of a province, such as he is in the Federal Capital, impose on your candidates and thus consolidate a strength that he believes is essential to launch his career towards the presidency in 2023.

“How things are today, the internal between macristas and larretistas seems inevitable“Admits a PRO leader who accompanied Macri on his visit to the Casa Rosada. Some of that said this Tuesday night the radical Alfredo Cornejo after the coalition table meeting.

In the Macri environment, they warn, however, that, in the face of fortuitous events, the most relevant task facing the PRO is to present this difference as a true discussion between political projects and not as a dispute between inflamed egos. “At this moment in Argentina people are not like to attend a cockfight”Admits another leader from the same space.

Together for Change Summit in the midst of internal tensions, with the participation of Mauricio Macri and Horacio Rodríguez Larreta.

In that sense, disputes have to appear as inescapable ways – as inevitable as some accidents – of resolving true differences. It can not be the result of strategic positioning to be better positioned in the competitions of each moment. To put it another way, if there are injuries, the painting has to look like an accident and not the result of a premeditated crime.

Indeed, Macri and Rodríguez Larreta think of Together for Change as two different things. The former president considers that the political rift reflects a division that actually exists in society and that is why the opposition should not be afraid to accentuate its differences with the government. “To me don’t come talk to me about dialogue, because I was the one who spoke with the radicals and with Carrió to put together Change. I cannot continue looking for a dialogue with leaders that our voters do not even want to see. We did not invent that crack, ”Macri often says to explain the tough positions he maintains against Alberto Fernández.

On the other hand, Rodríguez Larreta is convinced that to become president he has to build something that takes the foundations that Macri left him but add important news, both in the integration of the alliance to come to power and in the government plan itself. “If we do not do something different from what Mauricio did, why do we want to reach the Government?” Clarion a larretista who today is dedicated to private activity but who is ready to return to public function when required by the head of the Buenos Aires government.

In this process, the difference that first comes to mind is that, unlike Macri, Rodríguez Larreta works so that the crack is as little noticeable as possible. Despite the fact that Cristina and Máximo Kirchner did everything in their power to push the head of government to one of the extremes, Rodríguez Larreta believes that he should not move from the center of the political spectrum. “Cristina was already in charge of liquefying the entire image of Alberto, I have to stay in the center because he is already run out of that space “, repeats the Head of Government as if it were part of his catechism.