Mahdi Ali: Reserving an Asian seat is the goal of Shabab Al-Ahly 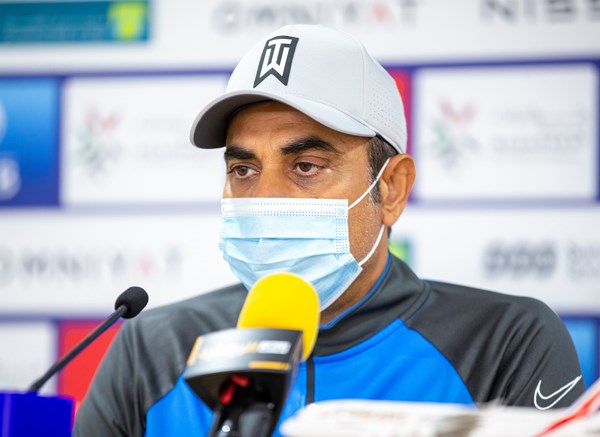 Mahdi Ali, Al-Ahly youth coach, admitted the difficulty of facing his team against Sharjah in the 21st round of the Arab Gulf League, which will be held next Monday, where he said: Sharjah is still a competitor for the championship and wants to maintain its progress and wants to chase Al Jazeera leaders, and we seek to achieve a positive result that helps us Upon modifying the team’s ranking in the table and ending the league in an advanced position that guarantees a card for Asian participation. Mahdi said: The opponent enters this match while he is in good spirits after his great victory in the previous round. As for my team, it continued to provide an upward performance despite the draw in the last two rounds, and he had the desired shape, identity and way of playing that we were looking for, which is the way we do not change it, but we may. We make some adjustments to suit the circumstances of the opponent and the match.
The Al-Ahly youth coach confirmed that the positive results are the result of teamwork and cooperation between all members of the system, from the club’s senior management and the various technical, medical and administrative agencies, in addition to the players ’efforts. He continued: The team is on the verge of important matches in front of strong teams that need focus and more work, and in general. We have a state of satisfaction with the team and the performance of the players during the last period, especially in light of the difficulties that we faced at the beginning of my career with the team, but we started to provide a good level and achieve positive results, and it would have been possible to enhance our fortunes in the league had it not been for the poor start of the team at the opening of the season.

Editorial Not all ailments are diseases