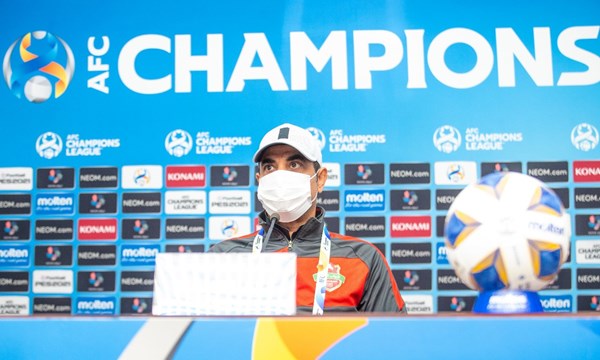 Mahdi Ali, the coach of Al-Ahly youth, confirmed that losing more points keeps the team away from the competition race in the AFC Champions League, and stressed the importance of winning the match tomorrow (Wednesday) in front of the Uzbek Ajmak in the third round of the first group, which will be held at King Fahd International Stadium in Riyadh. .

He said, “We are going into two consecutive matches against the same opponent, and they are two important confrontations to preserve our chances of qualification, and no more points should be lost, as we must play with caution and deal with” rationality “in the next two games to produce a result.

He added: It is difficult to play a match every two days, but we have great confidence in all players, and we hope that we will succeed in putting together a suitable squad to come out with a positive result.

Regarding the loss in the previous match, Mahdi Ali explained that the reason is not due to the physical factor, but because we were not successful during the match, as we lost many passes in the midfield, and circumstances dictated us to play this way, and I hope that the next will be better, especially with the return of Masharipov. From arrest and is physically and technically ready.

TV elephant round with Laschet, Baerbock and Scholz on Tuesday: RTL with a spontaneous special format