Mahdi Ali: Al-Hilal has a great history and personality despite his absences 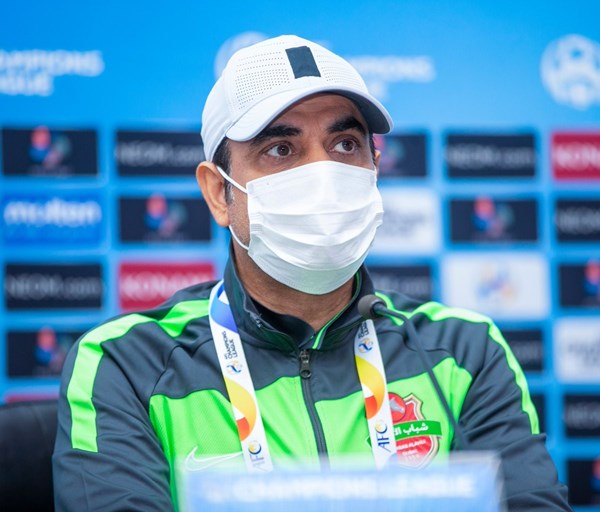 Riyadh (Al-Ittihad)
Mahdi Ali, the coach of Al-Ahly youth, stressed that Al-Hilal of Saudi Arabia, the competitor of “Al-Fursan” in the “Sunday” match, in the second round of Group A of the AFC Champions League, remains big in his history and personality, regardless of the size of absences.
He said: Whatever happened, during the previous version, and the lack of a number of players, Al Hilal advanced in the tournament and remains a strong team that is not affected much by absences.

He added that the next match is difficult, especially after the four teams have drawn, in addition to being a different confrontation, because each match has its own circumstances, and the Crescent is different from the independence of Tajikistan, in the way of playing, and has good international players.
Regarding the “goal-oriented sterility” that marked the performance of the “Knights” in the first match, Mehdi Ali said: We have no problem scoring goals. We reached the competitors’ goal a lot in the league, and created many opportunities, meaning that you are able to score, and in the first match in the Asian championship. We were not successful in scoring the net, despite the “abundance of opportunities,” and I hope that we will succeed in scoring the goals in tomorrow’s meeting.
The “Al-Fursan” coach admitted that the absence of Kartabiya and Misharibov is effective, but he has great confidence in the substitute players to make up for their absence and achieve the required.

British Premier opposed the creation of the Super League

Corona in Germany: the seven-day incidence continues to fall to 83.1