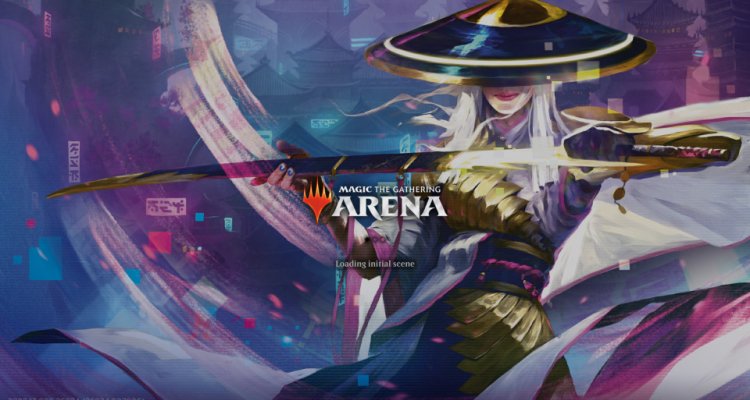 Magic: The Gathering Arena will see the expansion launch shortly Kamigawa: Neon Dynastyand the developers showed the first Images and the mechanical that will characterize the package.

Almost a year after the release of Magic: The Gathering – Strixhaven (review here), the famous strategy based on collectible cards will give us the opportunity to explore Kamigawa: “a world where magic meets technology!”

It is a scenario that many players already know, the place of origin of numerous creatures but at the same time a setting that now looks to the future after the bloody War of the Kami and is preparing to pursue a “dynamic vision of a world of warriors and spirits, of poetry and swords “.

“Stop at the corner of any of Towashi’s streets and look around. You might expect to find state-of-the-art equipment. You wouldn’t go wrong. Reconfigure is a new ability found on Equipment cards. Or rather, on the Equipment artifact creature cards, “reads the official website.

“This part of Reconfigure works exactly like equip. The” extra touch “is a rule that an Equipment with reconfigure that becomes attached to a creature is no longer a creature.”

“But wait! There’s more! The other activated ability to reconfigure allows you to remove the Equipment, which in doing so will revert to being an artifact creature. This second ability has the same cost and it too can only be activated. like a witchcraft. “

“The ability that allows you to remove an Equipment may seem simple, but the tactical flexibility it grants can change the tide of a game. Remember that tapping a creature (such as attacking with it) does not tap any Equipment attached to it. This means that removing an Equipment after combat will allow you to have an artifact creature untapped, ready to block (as long as the Equipment was untapped).

“As always, be careful about removing or moving Equipment after combat. If that Equipment gave a toughness bonus to a creature that took damage, that damage could become lethal. You certainly don’t want to lead your creatures to unexpected death. . ”

Modified
You’ll think upgrading your creatures is a reward in itself, but many of Kamigawa: Neon Dynasty cards take it one step further. These cards refer to modified creatures you control. This means any creature you control that is equipped, enchanted by an Aura you control, or has a counter on it. As a demonstration, here is the Keeper of Embers Akki.

Not all cards interact in the same way with modified creatures you control. For example atAkki Keeper of Embers it matters when one of them dies, others might count them or want to keep them alive, free to attack your opponents, things like that.

To go into more detail, Auras controlled by other players don’t make creatures you control modified. So, you can cast Auras like Pacifism without worrying about accidentally improving creatures your opponent controls. As for counters, it doesn’t matter how the counter got on the creature, or what type it is. + 1 / + 1 counters modify as much as -1 / -1 counters.

Sagas
Tales of the past permeate the Kamigawa landscape. You can find them in every riverside sanctuary as well as in every neon-covered skyscraper. Some of Kamigawa’s best-known stories have been immortalized on the Saga cards.

The Sagas in this expansion are all double-faced cards that transform, but don’t transform on the battlefield. Instead, each has an ability in the third chapter that exiles them and then returns them to the battlefield transformed under your control. On the back side is an enchantment creature that some of you may recognize. Each is based on a popular legend from Kamigawa’s past.

The Sagas also have two new icons. The Living Historians are a group of Kamigawa storytellers who pass on traditions with performances and music. You’ll find many in the expansion, often with fans in their hands for their shows, so they seemed like perfect symbols to represent their tales. On each front side, you will see a closed fan. On the back side, however, the fan opens, representing the conclusion of the story and, hopefully, also the conclusion of your opponent.

Ninjutsu
Ninjutsu, introduced during the original Kamigawa trilogy, adds the element of surprise to combat. Any unblocked creature could be an undercover ninja! Ninjutsu is an activated ability found on creatures like Dokuchi Shadowwalk.

Ninjutsu allows you to sneak a Ninja onto the battlefield from your tapped, attacking hand. To activate a ninjutsu ability, you reveal the ninjutsu card from your hand and pay the ninjutsu cost. Then, you choose an unblocked attacking creature you control and return it to its owner’s hand.

The Ninja will enter the battlefield tapped and attacking the same player or planeswalker that the returned creature was attacking. Blocking creatures have already been declared in this fight, so the Ninja should be free to deal combat damage. Technically, you can activate ninjutsu during the combat phase after combat damage has been dealt. It doesn’t happen often, but if your attacking creature has first strike, you might want to take advantage of that to play a lefty shot.

Channel
The next mechanic revisited is to channel. Channel abilities appear on a variety of permanent cards in this expansion. Permanents are useful, but sometimes you need a more immediate impact. Each channel ability allows you to discard the card with the ability from your hand in exchange for an effect. The details may change, but here’s a card with a channel ability, the Greater Tanuki.

Giant 6/5 Canids with trample are great later in the game, but if you only have three lands, drawing them can be frustrating. The Greater Tanuki can help you expand your mana capacity in the intervening turns, and if you draw it later, it will be ready to deliver the final blow.

Welcome back to the future
Memories and imagination meet in Kamigawa: Neon Dynasty, and what you’ve seen here is just a taste of what this expansion has to offer. References to the past, innovative designs and many powerful characters are waiting to be discovered. Have fun!

The right seeks a story for the new Chile