Mafias that traffic in people settle in Spain 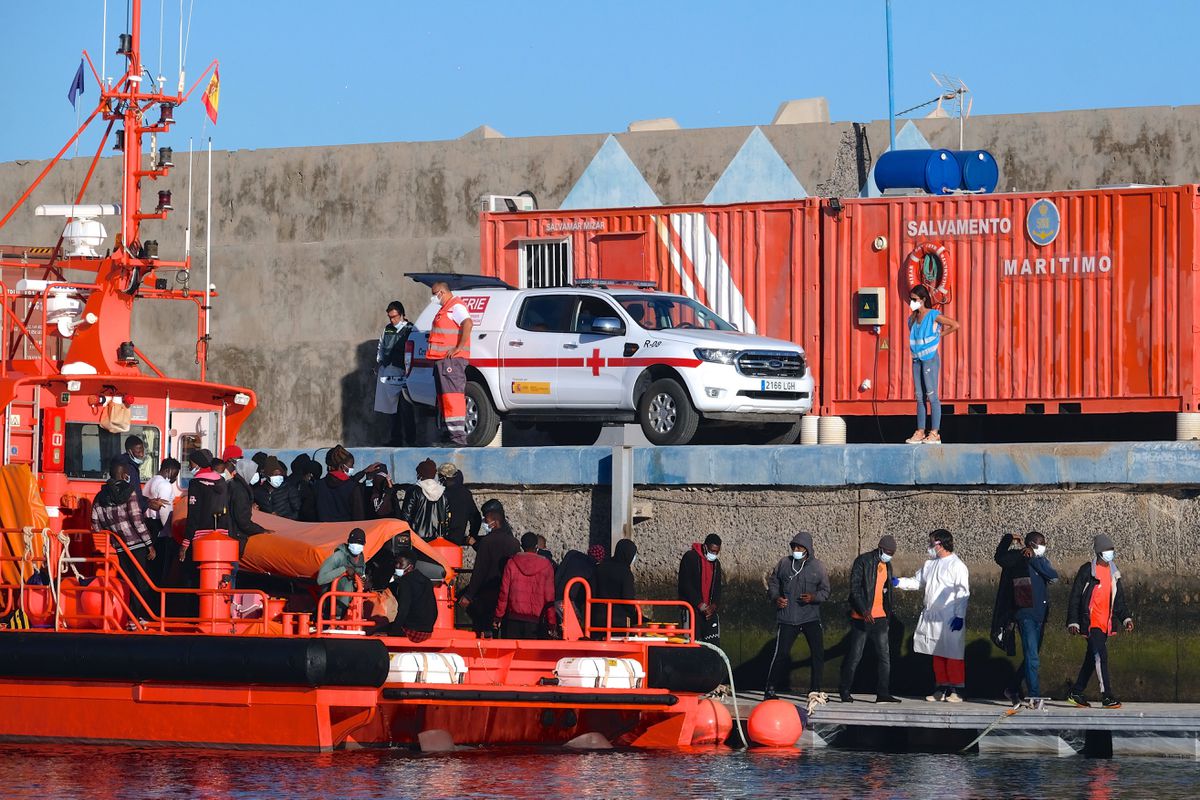 On the Facebook page of the Barbershop hairdresser in Arguineguín (Gran Canaria) you can read a last message from April 4: “We will be back soon,” he says, accompanied by an emoticon of supplicating hands. On April 9, the National Police arrested its owners, a couple of Moroccan origin who had settled on the island for years, as heads of an important network of human trafficking from the Canary Islands to the Peninsula and to other EU countries such as Italy, France. or the UK. In total, there were 45 detainees in the operation (28 in the Canary Islands and 17 in the Peninsula).

It is the last of the four major operations against human trafficking that have been carried out since last December by agents of the Network Investigation Brigade, a small group of 100 police officers who constitute the only police unit in Europe dedicated exclusively to investigation of this inhumane and lucrative booming business that, they predict, “is going to grow.”

Glued for hours to the wiretaps authorized by the judges and their interpreters, deploying a network of informants on the ground, creating surveillance devices and collaborating with the police of the countries of origin of the “trafficked”, the latest actions of the National Police they confirm that the mafias that traffic in people “are no longer in Africa, but settled in Spain”, and that “they use the structures of drug trafficking networks to send people to the Canary Islands and the Peninsula.”

For years the Arguineguín Barbershop and its branch in the commercial center of Puerto Rico (Canarian municipality of Mogán) functioned as hairdressers. However, with the arrival of thousands of compatriots in boats starting last summer – 23,000 immigrants arrived in the Canary Islands in 2020 and almost 4,000 have done so so far this year, according to data from the Ministry of the Interior -, the Akram couple ” he saw the opportunity to do business ”. This is reflected in the registry book that was at the entrance of his premises in Arguineguín, 300 meters from the pier where the migrants trafficked in boats disembarked.

“There are hundreds of names and none of them went there to cut their hair,” says one researcher. “The order of arrival was scrupulously respected, and they paid between 1,500 and 2,000 euros in advance, depending on whether they had documentation or not.” According to a travel agency, located in the same shopping center as the hairdresser and whose owner has also been arrested, they gave migrants air or boat tickets to the Peninsula and other European countries and provided them with third-party passports. people to impersonate your identity. “They had a bag of passports that they used over and over again, a member of the network accompanied them on the trip to the Peninsula and brought the documents back to use with the next ones, and so on,” the researchers say.

“They were modifying the exit routes: first directly from Gran Canaria, then they changed the island, as we were training routes”, they add. Last December, when the Canary Islands were already a pressure cooker, the constant flights of migrants to the Peninsula opened a new front with the Government and the Interior began to request more documents and control shipments. The islands became a plug for migrants, rather than a bridge.

“To stay in the Canary Islands it is not worth paying the price”, began to be heard in the police wiretaps. At the same time, those who were already there, in NGO resources and hotels, pressured (or directly threatened) the Akram couple and their henchmen to get them out of there. “They began to put them in trucks inside the ferries,” the researchers report, who recall that the volume of business on the islands was such that several partners of the couple set up nets on their own, and even “there was a quarter that trafficked them remotely, from Murcia ”. In one of the records they found 300,000 euros in cash.

Police investigations of human trafficking networks are complex: “You have to fit many pieces and link them together, find the people (who usually flee), documents, money, boats, elements of the organization’s logistics … And yet, the criminal charge is very low: two to four years in prison. This creates a certain feeling of impunity ”, these police sources emphasize.

Apart from the migratory pressure from Africa, the pandemic and the closure of land borders have led drug networks to begin trafficking in people as well. “They already have everything assembled and do not even have to hide the merchandise because it runs under its own power,” say the agents. Even, as happened in February in Operation Neptuno, “the traffickers themselves were in charge of lining up the drugs when they arrived in Tenerife.”

The stabbing of a young Moroccan in La Línea last October for an alleged debt led the police to dismantle the Campos Gallego clan, which used the boats destined to bring drugs into the Campo de Gibraltar to bring people from Ceuta. The pilot of one of the boats that sank on February 7 was the alleged perpetrator of that stabbing. Along with him, hired by the clan, three other people died of the seven who made up the expedition: two immigrants and a member of the organization.

The rest of the crew “miraculously saved their lives that night of waves,” say the investigators, who in the records found boats, pistols and shotguns, ammunition, gasoline cans, jet skis … Until last March 20, nor did the patrol cars enter the territory of the dreaded clan, “specialized in robbing rival gangs.” They already said it in their videos to the rhythm of hip hop: “Take care where you get, if you relax you end up in a box or I send in a package … go through the white houses and we will tara you ”.

The Akram hairdresser, in Arguineguín (Gran Canaria), went from listing clients who wanted to get hairstyles with drawings on the scalp to registering immigrants who were looking for a way to leave the Canary Islands for the Peninsula after arriving by boat. This is reflected in Operation Arión, carried out by the National Police on April 9.

“It is a marriage that had two premises, from there they managed the entire network to get immigrants to any point of the Peninsula or Europe after paying 1,500 or 2,000 euros”, describe the investigators of the case. ´

“When it was their turn to go out, with the tickets and documentation ready to get around the controls, they hid them in the hairdressers,” explains an agent who shows a video where the mattresses are seen inside the premises. “And before leaving in the pick up, they cleaned, dressed and combed them so that they did not raise suspicions on the plane or on the boat.”