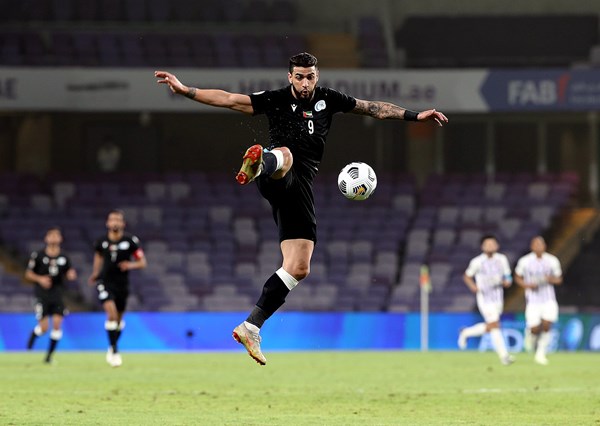 Brazilian Joao Pedro, the Baniyas striker, deserved to be the star of the “21st round” of the Arab Gulf League, especially as he was a direct cause of converting the loss of “Al-Samawi” from “the leader” to a historic victory.
Pedro made the first goal that brilliantly carried the signature of Sultan Al Shamsi, and scored the winning goal for his team from a follow-up, not the most wonderful inside the penalty area, and hit the ball strongly to the right of goalkeeper Khaled Issa.
Pedro continues to “play solo” the tune of the goals he scored, after reaching the 16th goal this season, to come third in the tournament’s top scorer list, after Ali Mabkhout and Lima. The goals of the Brazilian striker are considered to have a “special taste” for several reasons, the most important of which is that they are crucial in A lot of matches, and the second thing is the individual effort and special abilities that the player shows, whether by shooting from inside or outside the area, as well as scoring with the header, which are the capabilities that are not available in many attackers in “Dorina”.
The “Al-Samawi” striker is a locomotive of moving targets. In all directions, he scores from everywhere and in various ways. He also plays an important role in providing his teammates with the opportunity to score, whether Khomeiz or Suhail al-Nubi, as well as Sultan Al-Shamsi and Suarez, through the conscious movements that the spaces exist for them. To move in the depth, from both sides, or in the manner of “coming from behind”, to confirm that it is a key play in the Arab Gulf League runners-up ranks.
For his part, Saleh Ismail, the supervisor of the Baniyas team, confirmed that Joao Pedro is one of the most important players in the league, and has special abilities, and knows how to use them brilliantly with the team, indicating that he has reached a state of great harmony with his colleagues, as well as with the wonderful Romanian coach Daniel Isaila, who He knows how to read matches, knows how to hire his players, for the sake of the team, and makes them put out everything in their power.

Ship clogs the eye of a needle: the “black swan” in the Suez Canal

How was Liselotte ?: The undiscovered European