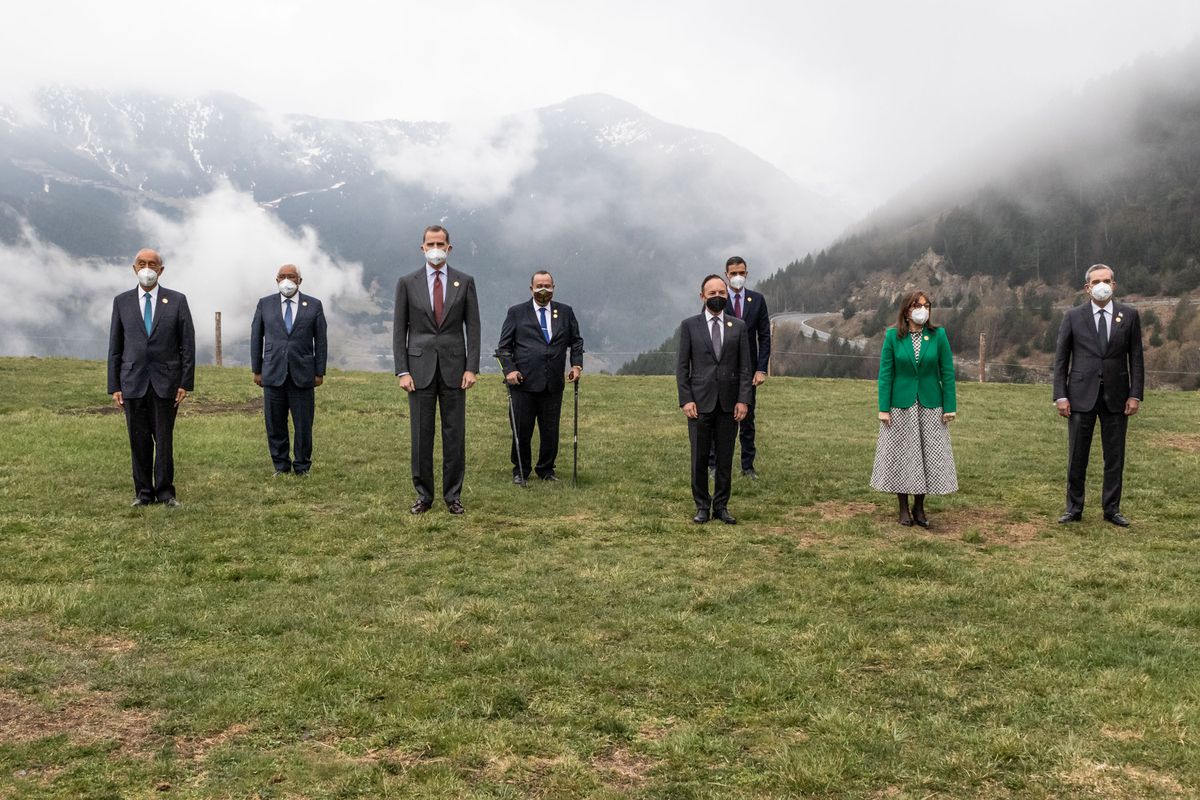 Nicolás Maduro has returned to play with everyone. After confirming for several days his presence by telematic means at the Ibero-American summit, which takes place in Andorra, and thus becoming one of its main protagonists due to the rejection that other leaders had expressed about his participation, the president of Venezuela has announced, At least for the moment, that he will not speak but Delcy Rodríguez, his vice president. However, until that moment, which will be late at night in Spain, anything is possible and nobody in the organization of the summit rules out anything. Maduro has been playing this game of distraction for years, and at the 2016 summit in Cartagena de Indias he already gave a sit-in and canceled his presence at the last minute when he had also indirectly become the main protagonist. As president, Maduro has never participated in these meetings, the only ones in which all countries are. At the last moment other leaders are falling, such as the Mexican Andrés Manuel López Obrador, who was in doubt, or the Nicaraguan Daniel Ortega. Neither will the president of Brazil, Jair Bolsonaro, nor those of Paraguay or El Salvador, as they had already announced. But 15 presidents have confirmed their intervention.

Maduro is thus lost, if he finally decides not to appear, an ideal showcase to claim his legitimacy as president, although in reality he has already achieved the effect because he was invited to the summit, which implies that his authority was recognized to be there in front of Juan Guaidó, whom several delegations consider the legitimate president of Venezuela and who, however, has not been invited to the meeting.

This appointment, the twenty-seventh, is very atypical, because the vast majority of leaders intervene electronically. The meeting, apart from this tension with Maduro, which was the main controversy before starting, is focused on the dramatic health and economic consequences of the covid, especially in Latin America, one of the areas of the world, with Europe, most affected. The great debate and the great complaint among Latin American presidents is that vaccines do not reach them and the Covax system, organized by the UN in theory to distribute vaccines among the poorest countries, does not work. In this context, Pedro Sánchez, the Spanish president, who is in Andorra with the King, the president of Portugal and those of Guatemala and the Dominican Republic, plans this afternoon to announce a system to share the vaccines that arrive in Spain with the countries Latin Americans most in need but always guaranteeing that this distribution will not harm the objective of having 70% of the population of Spain vaccinated by the end of summer, which remains intact.

In Latin America, the COVID crisis has caused a drop in GDP of 8%, a drop in exports of 13%, the death of 2.7 million small businesses and the creation of 78 million new poor. There is talk of a 30-year setback. The vaccination differences in the region are enormous. While Chile is about 10 weeks away from vaccinating its entire population, in Venezuela at the current rate it would take several years. For this reason, the summit intends to promote the Covax mechanism, promoted by the UN to guarantee an equitable distribution of vaccines, and other solutions so that they reach the poorest countries, although several countries point out that this system is a failure. At the summit, the UN Secretary General, Antonio Guterres, has vindicated the Covax mechanism and pointed out that it is necessary to stop “the dangerous nationalism of vaccines” that means that in some rich countries they are already talking about covering the entire population when in the poorest it has not even begun. The Ibero-American Secretary General, Rebeca Grynspan, who is ending her term, has asked all leaders to act now to prevent the continent from losing the train of recovery again. “It is in our hands to avoid the shadow of another lost decade,” he said.

The creation of an Ibero-American epidemiological observatory will also be approved at the summit and a letter promoted by Argentina and Spain will be approved for the IMF to establish a new financing mechanism of up to $ 100 billion for middle-income countries, such as Latin America. that have been particularly affected by the pandemic and do not have a mechanism like the European recovery fund to turn to. The Spanish Government is negotiating this fund in all forums and is convinced that the IMF will approve it shortly.

Pisces horoscope for today, April 19, 2021: the predictions for health, love and money