Madrid voters go to the polls in COVID-influenced crunch election 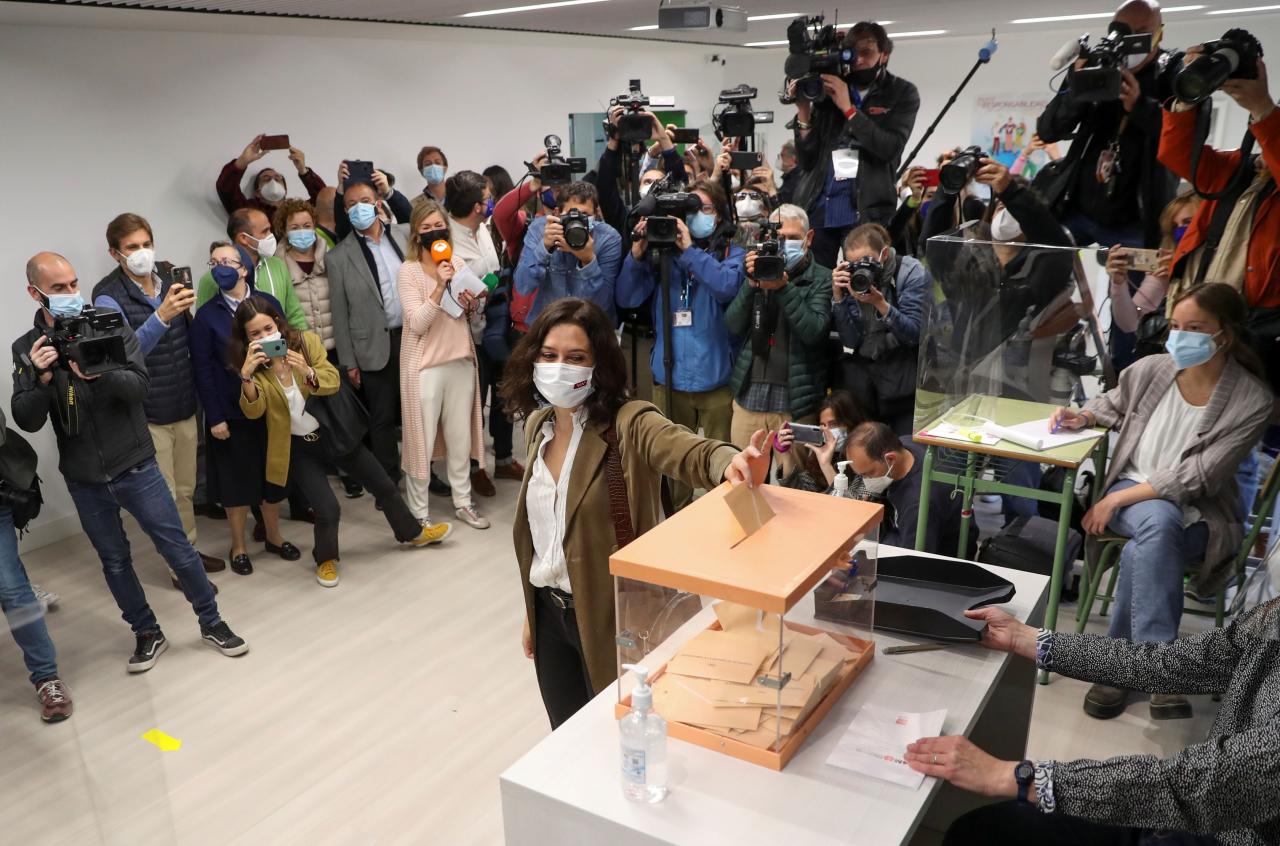 Voters in Madrid go to the polls on Tuesday to choose the legislative assembly in Spain’s wealthiest region in an election that could reshape the nation’s political landscape, in part due to Madrid’s unorthodox policy on COVID-19 restrictions.

Isabel Diaz Ayuso, from the opposition conservative People’s Party (PP), is the frontrunner to be returned as the Madrid regional leader, according to opinion polls.

Ayuso, 42, you have won the support of many Madrid residents by defying Spain’s left-wing government which pressured her to close down bars and restaurants to curb the COVID-19 pandemic.

Instead, she prioritized the economy and social life, which pleased many bar and restaurant owners – as well as Madrilenos who are famous for their lively nightlife.
Critics accuse Ayuso of neglecting health services while looking after business.

The Madrid region, home to some seven million of Spain’s 47 million people, recorded 369 COVID-19 cases per 100,000 in the last 14 days on Monday against a national average of 223. Occupancy of intensive care units is also the highest in Spain, at about 44.7%.

The PP has controlled the region for the past 26 years and a convincing win on Tuesday would likely give impetus to the party at a national level.

The PP is projected to win over 40% of the vote, potentially doubling its seats in the assembly from 2019’s election, but Ayuso may need the help of the far-right Vox party to govern.

Surveys suggest the center-right Ciudadanos party, which has in the past teamed up with the PP to form regional governments, faces the prospect of winning no seats and disappearing from the political landscape.

“This could begin a new electoral cycle in Spain and demonstrate a picture of Spanish politics with a recomposed space on the right in which Ciudadanos is no longer there and in which the PP can only get a majority with the help of Vox, “said political scientist Lluis Orriols of the University Carlos III.

The President, Vice President and Mohamed bin Zayed congratulate the President of Tanzania on the anniversary of the Union Day