Madrid can not with everything 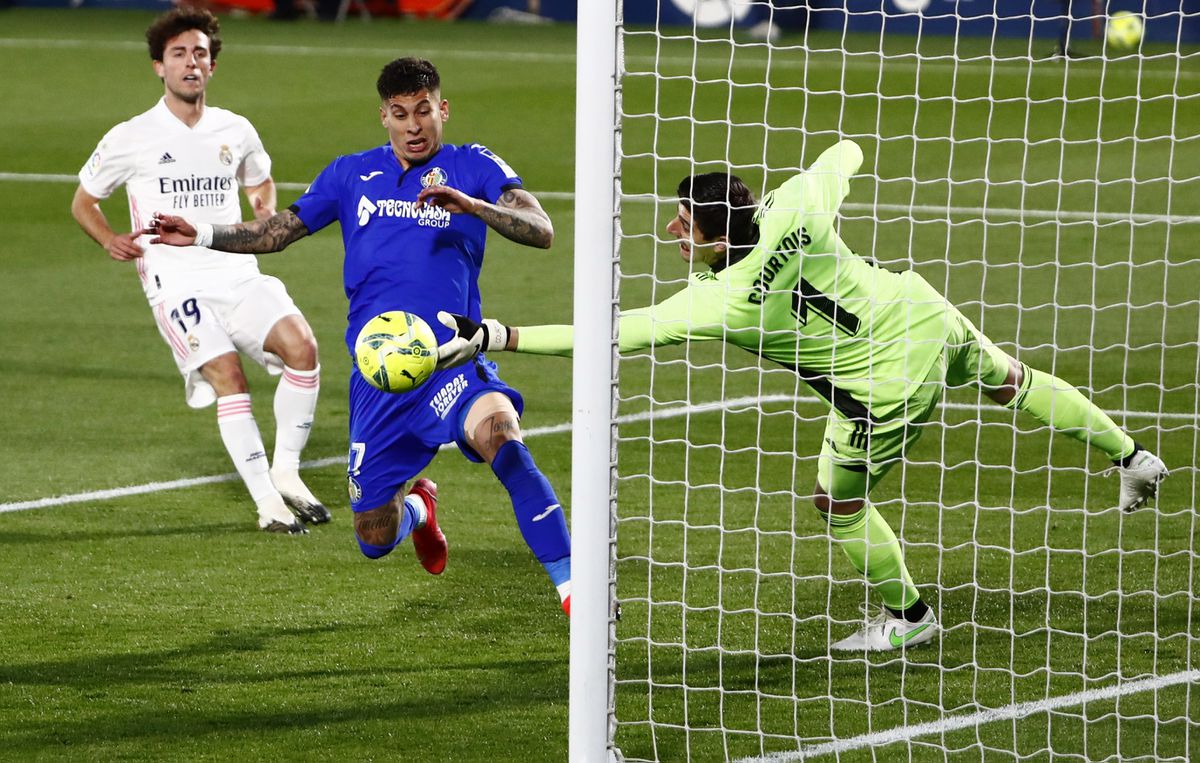 Madrid has nothing to spare. Nine casualties in the call plus the starting substitutions of Kroos and Benzema were too heavy luggage to eat all of Getafe’s cake. He continues without losing, 15 games already, but the League is not for many draws. It was threatened at the back and at the top it unfolded slowly, pasty and dimly lit, without much trace of Vinicius, Asensio, Isco, Rodrygo or Marcelo. The one who did not nap was Courtois, again a savior with several flying hands. Only he could deny an eager Getafe for whom the goal continues to be torture (he has the lowest record in the First Division: 22 goals, like Eibar).

Not even the whites had a final onslaught despite Benzema’s half hour. Rather, they ended up at times demanded in defense while Kroos, substituted against Barcelona and Liverpool, attended the outcome from the stands, without warming up. Yes, several young people came out: Arribas, Blanco and, from the beginning, Chust. The result was almost non-existent offensive danger throughout the second half.

In the midst of an abrasive calendar, due to what he overcame and what awaits him, Zidane’s eleven was the assumption that, with the troops with which he has arrived here, he does not give him to cover everything. So, given the choice, the League is the tournament to rotate. In addition to the nine casualties (Lucas Vázquez, Carvajal, Casemiro, Nacho, Ramos, Varane, Mendy, Valverde and Hazard), the Frenchman saved Kroos and Benzema at minute zero.

He threw the noose to Mariano, Rodrygo and Isco, and mounted a defense that was a patch for a sequence of physical calamities in which one has been falling every morning. Odriozola had just been beaten four days ago at Anfield by a medium (Valverde) who had his foot like a boot. Marcelo had not been a left-back for three months. And Chust, as a youth squad, was the last option. The only certainties due to its recent trajectory were offered by Militão, which in 15 days has gone from shore to rebirth. These four are the same ones that started the black night cup in Alcoy. The visit to Getafe did not end in such a tragic way, although the difficulties were not few.

The game started under Azulona music, which imposed its rhythm with the noise of the Bordalás style. As soon as he left the dressing room, the patch on the visiting rear was seriously compromised several times. In 10 minutes, Getafe had already had three very clear chances: first Chust blocked Mata, then between Courtois and Modric they saved the fort, and then Arambarri was only on the front that he sent her out. Cucurella, Aleñá and Olivera were hammering by the wings. A start at all train in white territory before a rookie defense that suffered.

Neither in attack Madrid found the thread to the game. Zizou had six attackers forward from midfield, plus Marcelo on the left, but production was very poor. With Rodrygo embedded as inside with Modric and Isco, the game was rough, a scenario that did not hurt Mariano. The youth squad does not want to know much about paperwork. His is a goal or not a goal. An offside by half an elbow stole it, after mediation by the VAR, and then it was Timor who left him wanting after a header. That was the white attack until, almost in the intermission, he was able to link a play with meaning finished off by Vinicius, the first sign of life for the Brazilian, who had gotten stuck with the fan with which he aired Liverpool and Barcelona. The Coliseum was not the classic. Neither without Benzema at the start nor with him when the Frenchman came out at the time of meeting the winger was seen.

Kill, to the stick

Despite the accumulation of offensive talent, no one was cracking at Madrid when it came to defending, but in creation everything was complicated. Not so for Getafe, who felt more comfortable, although they lacked the usual thing, the goal. Mata sent it to the post and Aleñá, like Arambarri before, found himself in such an advantageous position within the area that his shot ended up in the open field.

The quarter of an hour of thinking did not improve the life of Madrid, unable to break lines and, increasingly, exposed to losses and local discharges. In one of them, Marcelo was picked up in the middle of the field and Courtois had to fly with a changed hand to avoid greater evils for his family. Zidane did not like the landscape at all, who, seeing the moor in attack, soon put Benzema and Blanco into orbit, another young man who debuted in the face of precarious troops. Arribas also came out, but the best of the visitors continued to be his goalkeeper. Another loss from Odriozola ended with the Belgian rising to deny the target to the locals. In Madrid, the only one who, by presence and performance, did not have an air of circumstances was Courtois, but with that he only gave him to tie. Air for Atlético.

One by one, the measures that the City took after the ruling that enabled face-to-face classes

Is the global economy heading towards recovery?