Macron seeks political momentum after his party’s defeat in regionals 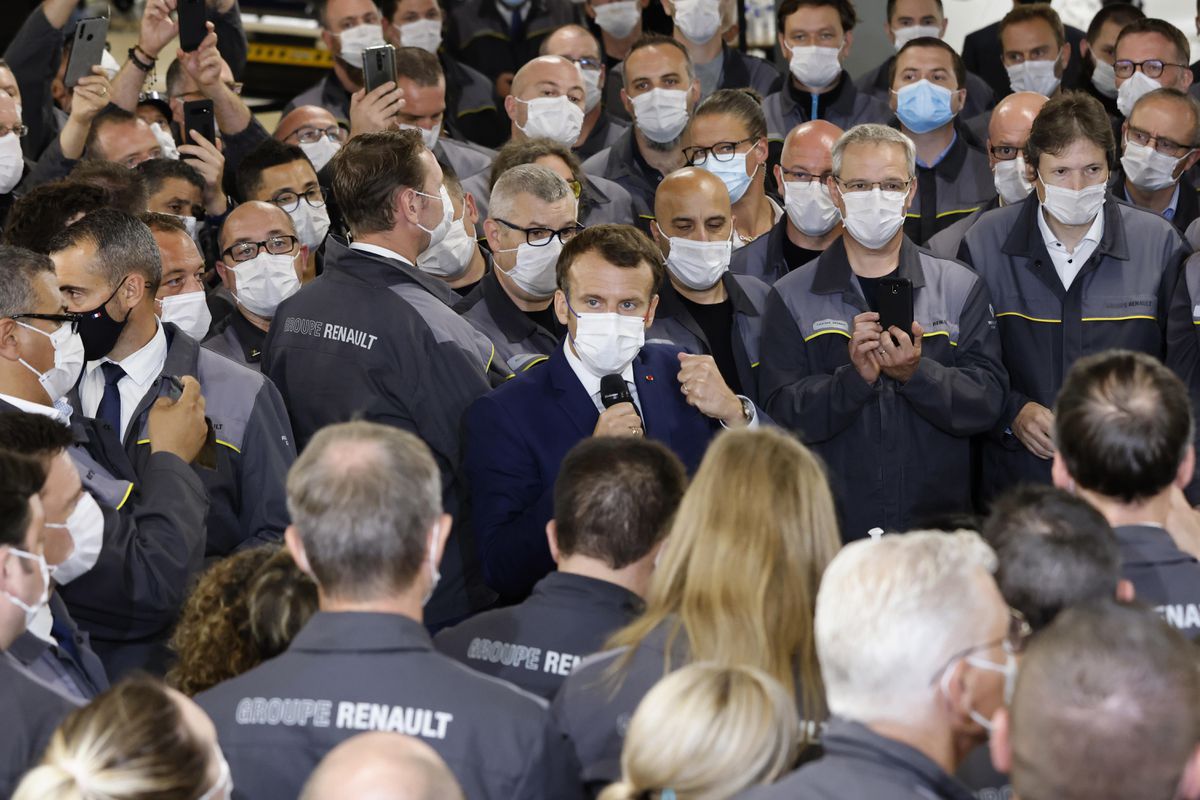 French President Emmanuel Macron wants to turn the page as soon as possible of the regional elections of June 20 and 27 in which his party, The Republic on the Move (LREM), has suffered an unmitigated defeat. Neither LREM nor the allied parties have won in any region of mainland France. Nor will they be decisive in forming regional governments.

In the country as a whole, the party founded half a decade ago in the image and likeness of its leader won in the second round, on Sunday, less than 7% of the vote. The result shows that this formation is today a residual force, whose null local and regional power contrasts with the omnipotence of the president in Paris. “These results are a disappointment for the presidential majority,” stated Stanislas Guerini, LREM delegate general.

And yet, on Monday Macron seemed not to be taken for granted by the result and is determined to prepare for re-election in the 2022 presidential elections. The veteran political scientist Roland Cayrol, was exhaustive when analyzing the position of the president after the defeat: “I believe to know that it is absolutely the same for him to have lost these regionals: it has nothing to do with his presidential project ”.

In the coming weeks or months, Macron will have to make a double decision. First, if he changes some ministers, or even the head of government, to make it visible that the final stage of his presidential five-year period is beginning. And second, if it continues with economic reforms, paralyzed in 2020 by the pandemic, or focuses on the implementation of the economic recovery plan – 40,000 million euros from the European Union – and avoids resuming initiatives such as pension reform that threatens a new social conflict.

“If you want me to give you an exclusive, I am not going to change prime minister,” declared Macron. in an interview with the magazine Elle. And he added: “Local elections do not invite national consequences.”

Macron had not campaigned for the regionals. He himself took for granted the defeat of his own, who did not occupy any regional presidency, did not have strong candidates and lacked the territorial implantation of the traditional parties, the Republican right (LR) and the Socialist Party (PS), big winners in this appointment.

The best the president could hope for was to achieve tactical breakthroughs. That is why he sent heavyweights from his Government, such as the Minister of Justice, Éric Dupont-Moretti, or the Minister of the Interior, Gérald Darmanin, to compete in the lists of the Altos de Francia region, to stop the momentum of the president, Xavier Bertrand, Macron’s possible rival in the 2022 presidential elections. It didn’t work out. Bertrand won comfortably and is one of the winners of these elections. And Macron’s effort to occupy the space of the moderate right and laminate his great party, Los Republicanos (LR), suffers a setback.

LR and like-minded candidates like Bertrand, who was running as an independent, won in seven of the 12 regions of mainland France. The Socialist Party (PS), in five. Gilles Simeoni’s moderate nationalists won in Corsica. In the three of the five overseas territories where people were also voting – Reunion, Guyana and Martinique – the left prevailed; in Guadeloupe, the only LREM candidate, and in Mayotte, the right.

The regional ones, like the municipal ones a year ago, have shown that there are two independent political worlds in France. On the one hand, the local, where LR and the PS allied with environmentalists dominate. On the other, the national one, where everything comes down to a duel between Macron and Le Pen, as in the 2017 presidential elections, which the current president won, and in the 2019 European elections, which the right-wing leader won.

The question is whether this duality is permanent or whether the result of these regionals will have an impact on next year’s presidential elections, and whether the extreme weakness of Macron’s party and his centrist allies will affect his aspiration to be re-elected. The political scientist Cayrol maintains that Macron has never wanted the LREM to become a party like the PS or LR, with its leaders, its factions or its local barons.

“His conviction is that now there is no longer a need for notables and elected officials or for territorial anchoring to win a presidential election, an election sui generis without any relation to the local elections ”, understands Cayrol. “The Republic in motion will continue to be what it is now: a fan club that organizes rallies within the framework of a small lineup of parties that support Macron, but without a political structure,” he closes.

Hope and tensions between the victors

They were only In a regional election, two out of three French abstained and it is difficult to draw conclusions for the next calls, but yesterday the winners examined the results through the prism of the presidential elections that will take place in the spring of 2022. It is a moment of celebration, but the first internal tensions also surface, both in the sphere of the left and in the right.
One of the winners in the regionals held on June 20 and 27 is the Socialist Party (PS). Like the Republican right (LR), it retains power, in the regions where it already governed at the head of coalitions with environmentalists, and is the second most voted force. In regions where environmentalists led the left-wing coalition and the PS was the junior partner, however, these candidates were defeated. The first secretary of the PS, Olivier Faure, interpreted the result as a sign that Europa Ecología Los Verdes (EELV), despite its good results in the European elections of 2019 and in the municipal elections of last year, has reached a “green ceiling “And that” socialists are more credible “to lead future coalitions. This is one of the debates on the left for next year: if an alliance of the PS and EELV is presented and to which party the candidate who is running for the presidency belongs.
The great winner of this appointment was the traditional right. It prevailed, both in the first round on June 20 and in the second round on Sunday, as the first force in France, under the label of The Republicans (LR) or with independent candidates moving in its orbit. Three regional presidents come out of this election who, after revalidating the mandate with clear majorities, want to aspire to the presidency of the Republic. The one who has run most clearly is Xavier Bertrand, president of Altos de France, the northern industrial region along the Belgian border, but Valérie Pécresse, winner in Île-de-France, the Paris region, could soon enter the fight , and Laurent Wauquiez, from Auvergne-Rhône-Alpes.
There is no agreement even on how to designate the candidate: the risk is that the race will end, as it has already happened in the past, in an internal battle that ends up destroying the options of the right to return to the Elysee.