Macron extends confinement to all metropolitan France for four weeks 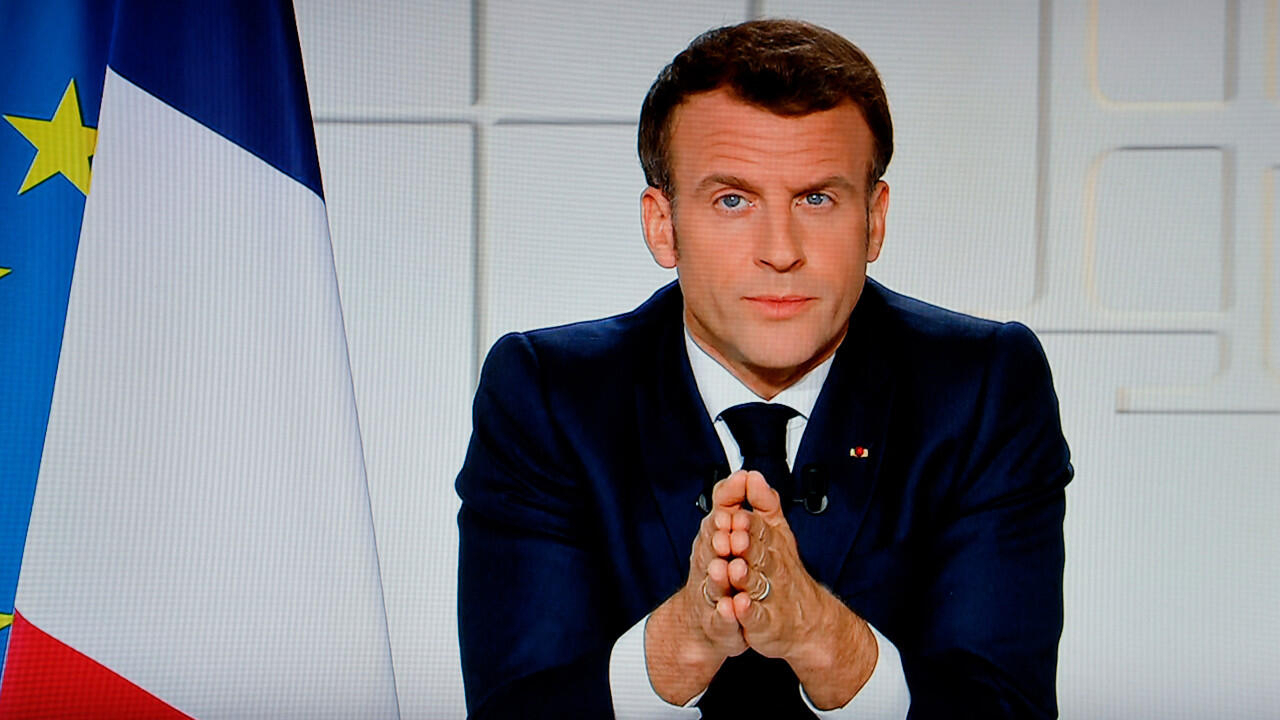 Amid a rebound in Covid-19 infections in France, President Emmanuel Macron announced a package of new measures, including the extension of confinement for four weeks and the closure of schools. The president warned that by next April the country will have many problems to overcome due to the incidence of new variants of the virus, more contagious, which deepen the emergency.

A third wave of the Covid-19 pandemic, whose cases have doubled since last February, threatens to bring down French hospitals. For this reason, President Emmanuel Macron addressed the nation on March 31 to announce new restrictions with which he tries to mitigate the emergency.

The president decreed the extension of the confinement to the entire metropolitan territory for four weeks, a measure that will take effect from midnight next Saturday and includes a curfew from 7:00 p.m. to 6:00 a.m. , local time. In this way, the measure that already applies in 19 departments is extended to the entire country.

Starting from the beginning of the week and for 4 weeks, the measurements of freinage left in the vigueur of 19 departments will be covered by the metropolitan territory. pic.twitter.com/NaYUKv65o8


In addition, travel between regions and travel at a distance greater than 10 kilometers from the place of residence are prohibited.

“It is the best solution to stop the virus (…) We will lose control if we do not move now,” warned Macron.

Even schools and colleges must close for three weeks, after the Easter holidays, which end next weekend.

Teleworking will be compulsory and all establishments considered non-essential trade must also cease their services.

Macron orders the closure of schools for three weeks

Among the most drastic measures that the French Government has decided to take is the closure of all educational centers for three weeks, after the Easter holidays.

“We are going to close kindergartens, primary and secondary schools for three weeks,” specified the president.

This announcement represents a change in the government’s policy in the face of the pandemic that until now has focused on regionalized restrictions. In particular, the closure of schools had been seen as a last resort.

But the new wave of infections has raised questions about the effectiveness or otherwise of the measures issued by the Government to control the pandemic and with the elections scheduled for 2022, Macron has had to mediate between political and health considerations.

Since January, a nationwide curfew has been established overnight, and all restaurants, bars, gyms, cinemas and museums in France have been closed since October.

Health workers contemplate the rejection of patients due to overcrowding

Medical workers in several cities warn they would have to start turning patients away due to lack of space.

“It is moving very fast (…) I hope we do not have to make decisions” (between patients), said Pauline Caillard, a doctor in the intensive care unit of a hospital in Amiens, northern France, after describing a vertiginous increase in infections and increasing stress on medical personnel.

Officials at the Paris hospital issued the same warning in recent days. However, the Macron Administration rules out a situation of that magnitude. “One thing is clear: France will not refuse care for any sick patient. Choosing patients is not an option, “said Government spokesman Gabriel Attal on Wednesday.

However, he acknowledged that “the key factor” in decision-making continues to be hospital occupation.

The new measures respond to an increasingly worrying situation in the face of the spread of the virus. According to official figures, new confirmed cases per day have doubled since last February to almost 40,000.

The number of patients in intensive care units surpassed 5,000 on Tuesday, surpassing the highest number on record last fall.

“Soon more than 100,000 families will have suffered a death in France,” lamented the head of state, who indicated that, although the vaccination program gives hope to overcome the health crisis, the situation is complicated by the new variants of the virus that they are spreading.

However, achieving the immunization of the majority of the population in France is still a long way off. In the midst of insufficient vaccines and lawsuits between the European Union (EU) and pharmaceutical companies for failure to deliver new doses, this country, like the rest of the EU, maintains a slow inoculation program.

Until last Monday, March 29, France had only vaccinated 11.75% of its inhabitants, compared to 45.19% in the United Kingdom, one of the countries that leads the inoculation in the world together with Israel, the United Arab Emirates United States, Chile and the United States.

With Reuters AP and EFE

Revel In All The Magnificence Of India With 1xBet Slots