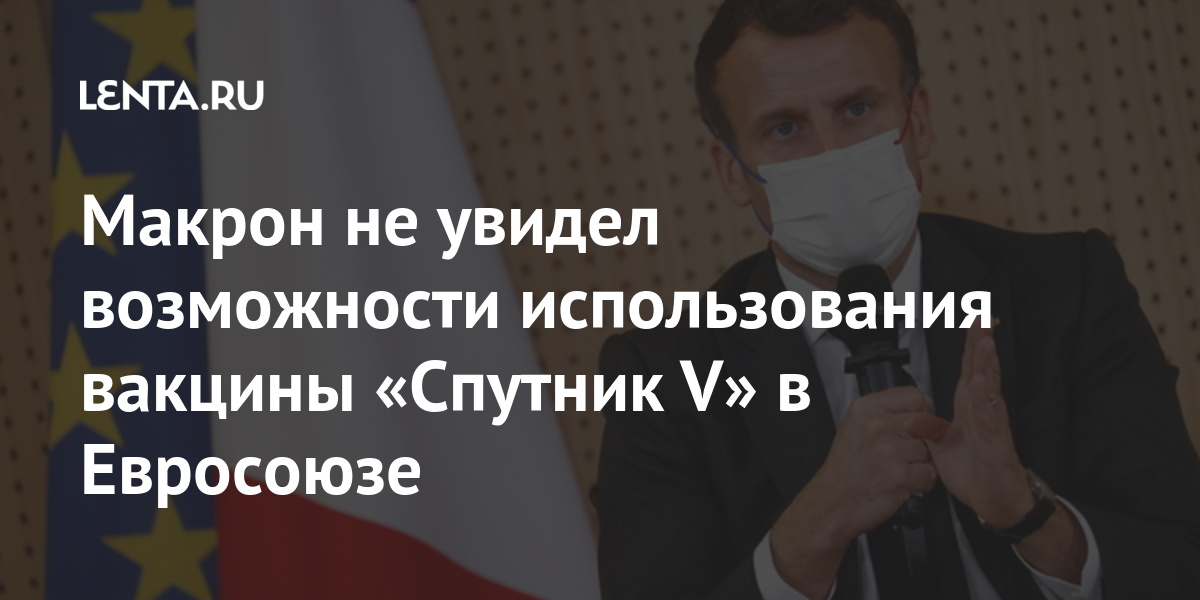 French President Emmanuel Macron said that he does not see the possibility of using the Russian Sputnik V vaccine in the European Union to accelerate vaccination, since it has not yet been approved by the European sanitary regulator. His words lead TASS…

“The Russian vaccine has not been approved by our authorities, so I do not think that it is now a way out in terms of accelerating vaccination, since it will take time to obtain permission from the European agency,” the French leader explained.

Earlier in Slovenia, the National Institute of Public Health (NJIZ) advised the authorities to purchase the Russian Sputnik V vaccine prior to its approval by the European Medicines Agency. They explained that the drugs will first be in the so-called quarantine warehouses.