Macron had a real mass bath this Thursday during his visit to Saint Denis. / EFE

The candidate for La República en Marcha believes that he has “every chance of winning”, but, like his far-right opponent, he entrusts the victory to the mobilization

The outgoing president, Emmanuel Macron, and the far-right candidate Marine Le Pen are rushing the electoral campaign these last few hours to try to convince the undecided, the abstentionists and those who did not vote for them in the first round. They ask everyone to go to the polls this coming Sunday and vote for them.

“Nothing is decided,” Macron warned Thursday in Saint-Denis, on the outskirts of Paris. The centrist candidate, who starts as a favorite in the polls, urged all those who support him to “redouble efforts” so that he is re-elected at the polls. “I think I have every chance of winning,” Le Pen was convinced. “If the people vote, the people win,” assured the far-right candidate at her last electoral rally in Arras, in the north of the country.

Macron and Le Pen returned this Thursday on the ground. Their objective: to be close to the people three days before the elections on Sunday. They did it hours after the tense presidential debate on Wednesday, in which they confronted their political programs and their visions of France, Europe and the world. Who won the television duel? “Our compatriots will say it on Sunday,” the candidate of La República en Marcha limited himself to saying.

The far-right leader criticized, for her part, Macron’s “unlimited arrogance” in the television duel. “A president should not behave like this,” said the far-right candidate, who promised that if he wins the elections he will be “the president respected by the French.”

Macron considered that the debate allowed “to show a coherent project and another less”. And he opined that his opponent’s program only “seeks to divide.” “It is a project that confuses all matters. In the debate, (Le Pen) has confused insecurity, immigration, Islam and Islamism,” recalled the outgoing president.

The candidate of La República en Marcha visited Saint-Denis this Thursday in search of the votes of the candidate of La Francia Insumisa, Jean-Luc Mélenchon. In the department of Seine-Saint-Denis, the poorest department in France, Mélenchon obtained 49.09% of the votes in the first round, followed by Macron with 20.27% and Le Pen with 11.88%. . The head of the Executive was willing to “fight until the last minute” to win the elections. As a picture is worth a thousand words, during a visit to a stadium in Saint-Denis, the candidate put on boxing gloves and exchanged a few blows with a member of a sports association.

Le Pen, for his part, stated that, despite his opponent’s criticism, his project, which he described as an “ode to France”, is “perfectly achievable, legally applicable and financially sustainable”.

Faced with a system “prepared for everything to save the soldier Macron”, the candidate feels that “hope is rising throughout the country.” «Sons and daughters of France, do not listen to the fear sellers! Don’t believe the peddlers of slander!” Le Pen urged the French. The National Regrouping candidate believes that this weekend the French will not only choose who will be their next president, but will make “a choice of society and even of civilization.”

“On Sunday the alternative is simple: either the world vision of Emmanuel Macron or the national vision that we defend,” Le Pen said in a speech with populist overtones. “The final question is quite simple: Macron or France?” He told his voters, who enthusiastically chanted “Marine president” and “We are going to win” at the rally.

Contrary to “the law of the world cup jungle”, Le Pen presents herself as “the only alternative to the system, a popular and social alternative to this oligarchic power, that power of a few that benefits a few.” The candidate, who is better at rallies than in debates, urged “the silent majority” to give her their votes to win the election.

Before the traditional Republican Front (all the parties united against the extreme right) of other elections, Le Pen urges to build “an anti-Macron front”. To do this, he urged the French not to abstain and go to the polls to prevent a second term for Macron.

European support for the president

The Spanish president, Pedro Sánchez, the German chancellor, Olaf Scholz, and the Portuguese prime minister, António Costa, asked for the vote for Macron in a forum published in the newspaper ‘Le Monde’ and other European newspapers, because “we need a France that uphold our common European values’. The three leaders consider that the elections this Sunday in France “are not elections like the others”, but are crucial for France and also for Europe.

“It is the choice between a Democratic candidate (Macron), who believes that France’s strength extends into a powerful and autonomous European Union, and a far-right candidate (Marine Le Pen), who openly sides (Vladimir Putin). ) of those who attack our freedom and our democracy, values ​​based on the French ideas of the Enlightenment”, the European leaders warned in their rostrum.

The three leaders recalled that France has been a central country in the European project and “a beacon of democracy and brotherhood for Europe and the world.” And they trust that it will remain so. According to Sánchez, Scholz and Costa, Europe needs “a France that defends justice, against autocrats, like Vladimir Putin. A France that defends our common values, in the Europe in which we recognize ourselves, free and open to the world, sovereign and European, strong and compassionate at the same time.” The three leaders consider that France is also at stake in the second round of the presidential elections. 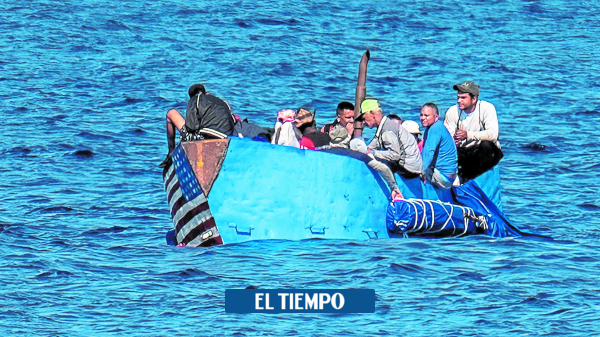 Rubén Rocha laments the murder of Itzel in El Fuerte; he will go with the family to offer his condolences