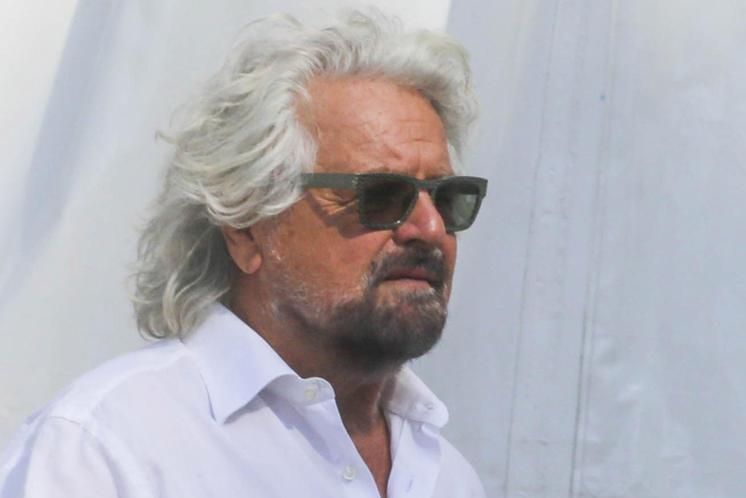 “And now?”. It is the question that most bounces in the chat grilline, where the “game over” has returned to excel. Chat boiling, while small groups of parliamentarians gather in Montecitorio, astonished, angry, worried. To give hope for a peaceful solution, the silence of the guarantor. In fact, Beppe Grillo sleeps on it, keeps the video on stand-by with which yesterday, in the evening, he threatened to vomit his anger, after the press conference in which Giuseppe Conte had dictated his conditions, inviting him to be a “generous father” and not the “master father”. Tones and words that had sent the founder of the Movement into a rage, so much so that, when the rumors of a video featuring the timeless ‘vaffa’ began to circulate insistently, bridges and big names of the M5S had entered the field, in pressing on Grillo to stop him.

Today’s silence had made most people think, including the big names, that the guarantor of the Movement was convinced, that the negotiations to get out of the stalemate had resumed. “The worst seems to be over”, a minister lets slip in the morning. Furthermore, according to what Adnkronos learns, silence would also have fallen between Conte and Grillo: zero contacts throughout the day. But in the afternoon, like an icy shower, Grillo’s ‘slap’ arrives, scratchy like few others. Because he sinks on the personal side (“he can’t solve problems, he doesn’t have the political vision”) and puts Davide Casaleggio back on track, after Conte spent 4 months in body and soul to solve what the parliamentarians labeled as the “trouble” Rousseau “. Today Casaleggio returns, Conte leaves the scene. At least for Grillo, because few in the Movement believe that the former premier will step aside. His departure from the scene, or rather his putting away, could generate an exodus in the parliamentary groups: and this is also being taken into due consideration in Marina di Bibbona, in these hours.

Meanwhile, the ‘Contiani’, present above all in the Senate, are literally furious. At the moment everyone is silent, including ministers and big names. And the former Prime Minister and his inner circle are silent, from which only the bewilderment of an altogether unexpected move emerges, precisely because it arrived after a whole day that seemed to have brought advice. Or at least that was the hope. Today we return to the starting square, with all the unknowns of the case. What will Conte, first of all, but also what will happen to an M5S that now sees Grillo call the vote on the Steering Committee, which he himself had disavowed only 4 months ago.

For the body of five, the candidacy of Senator Nicola Morra arrives immediately, disliked by many parliamentarians, especially in Montecitorio. The risk of splitting has never been more tangible than now. Especially if Conte were to take a step forward, deciding to make up his own party. Yesterday at a press conference the lawyer made it clear that he did not have “two agendas”, no plan B. While adding that, in the event that things did not go through with Grillo, “I will evaluate what to do”. Now all eyes are on him, on what he will decide. But also on the reactions that Grillo’s tear will arouse in parliamentary groups, with inevitable repercussions in the government team. Because the tear that is taking place in the M5S certainly does not go unnoticed at Palazzo Chigi.