‘M. will it become a symbol of a possible change? ‘ 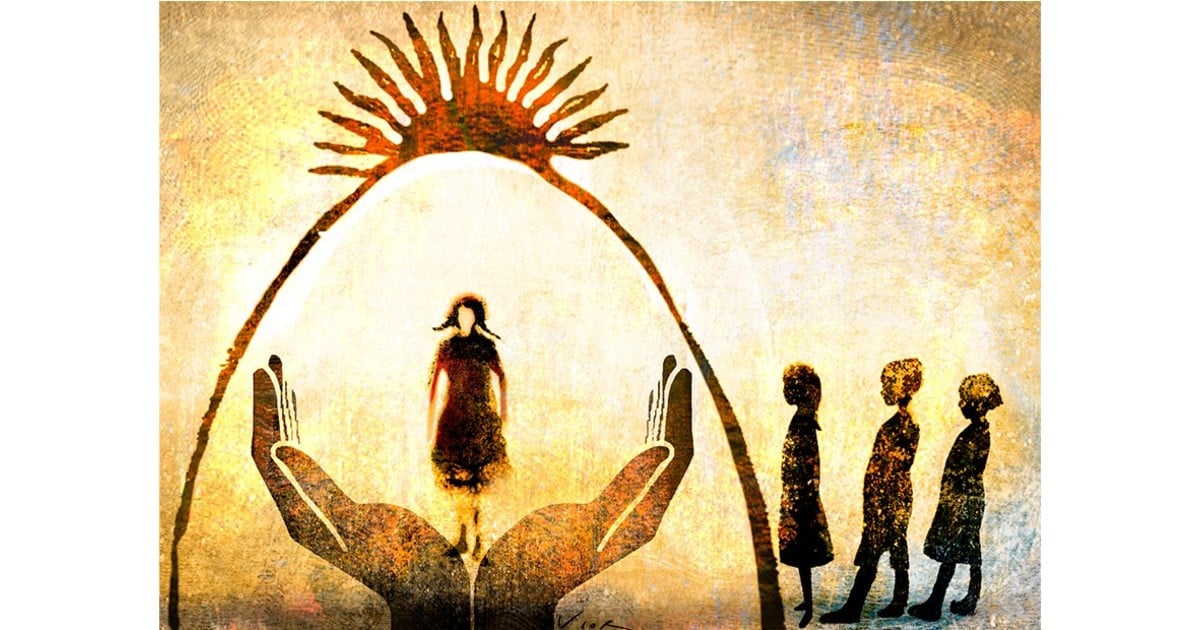 Finally, to our collective joy and tranquility, M. appeared safe and sound!

At the initiative of neighbors and the media coverage, her disappearance took public status and mobilized a police force that initially ignored the complaint, but then tracked it non-stop until it was found. The expectant society followed the events minute by minute. However, it is worth asking ourselves: how many “M.” Children living on the streets and with violated rights are passed to us every day, we look indifferent or what is worse, we do not even look?

They suffer from hunger, cold, mistreatment, abuse, they do not have a home, they do not go to school, they are helpless there because their own families, as vulnerable and violated as they are, do not take care of them.

How it contrasts to see that photo of the police hug that shelters and contains the girl found, in front of the lack of shelter, helplessness, indifference that being in the street must live daily. An absent State that if it responds to complaints does so little or badly and a society, we, anesthetized in the face of the obvious, to the point of naturalizing having children and families living on its streets, in the hands of no one and exposed to everything.

What will become of M. and his family from now on? Will there be a turning point that turns your life around? Will it become a symbol of a possible change? Or will he return to the street and indifference again?

And what will happen to the other “M.”? The others who are still there, in the streets?

Repercussions due to the appearance alive of M.

Happy ending. They found “M.” with life. Great news. Now, I believe that this circumstance should be used to analyze several truly worrying situations. In the first place, that girl and her 5 little brothers live on the streets.

How is that possible? I understand that an adult can choose to do it, but a child? Where is the omnipresent state? Where are the social workers who must ensure the integrity of children? Can this go unnoticed until it becomes commonplace? Have we also naturalized this aberration? Second, the scoundrel who kidnapped “M.” had a criminal record. Why was he free? Why are hundreds of men denounced for domestic violence, rape, trafficking, sexual abuse free? Who is responsible? No one.

We just limit ourselves to crying over spilled milk or celebrating the occasional happy ending. After cardboard, we turn the page, and we forget until the next episode. We continue to see boys and girls begging at traffic lights, with an adult watching over them, and we do nothing. Green light, and we continue our journey.

I believe that all of us, the entire society, are partly responsible for this unfortunate and dramatic state of affairs. But, without a doubt, those in charge of shift management are much more so.

Poor, the CFK, is very worried about what happens with their children and the Justice. Don’t make me laugh, ma’am? Poor thing is “M.”, whom this lady helped to be disappeared and invisible. Poor of all poverty is the family of “M.”: their home is a cloth hanging from a pole. “M.”, 7 years in the face of reality, 7 years soulless, 7 years destroyed by inept governments. “M.”, that of the uncertain future like that of so many kids in our beloved country. The girl was born in 2014, when you, Cristina, ruled, mistress and mistress of the destiny of Argentines, and did so since 2007 … and before her husband.

What did you do for those people, ma’am? For them and for so many millions more? Better look at the statistical table of poverty of the INDEC of 2020, lady who owns half of El Calafate and more … and then continue crying and attacking Justice while wearing her priceless jewelry and handbags and her haute couture wardrobe.

Even though the girl appeared, I keep asking myself, how many “M.” more is there in the whole country? How many more rapists and predators of women are loose and swarming among us thanks to a permissive Justice that looks the other way?

Thousands of boys are used to beg. Many teenage girls are prostitutes. 60% of our children live in poverty or destitution. The ruling caste, always attentive to its own interests, imposes taxes that it squanders on private jets and imported cars. A society with few winners and millions of losers. Officials who do function to defend the interests of the powerful. Princely expenses.

While the country mortgages its future plunging an entire generation into despair and misery. A true breed that believes that everyone’s money belongs to them and that they should not make concessions or lower salaries as in cases of pandemic.

Meanwhile, the prevailing misery creates cases like those of “M.”, almost every day. We must change many things, so that good people do not feel that they take them stupid.

I was deeply moved by the gesture of that police lady who, despite the prevailing cold, took off her jacket and sheltered the unprotected girl.

I don’t know her name, but I hug her like the mother that I am.

Fire a deputy with “common passions”

With deep pain, I say goodbye to my great friend, the Santa Cruz deputy Javier Pérez Gallart, with whom since adolescence, we shared common passions, Spinetta’s music, rugby, wine, cuisine, history and politics. In the 80s we militated and we risked our skin for the return to democracy, from the JP. We received from lawyers and we work together. He was the godfather of my eldest daughter, we were estranged for years and luckily life brought us back together.

Javier was basically a great guy, and also a man of convictions, dialogue, consensus seeker, democratic leftist, open, an intellectual of reputation, and popular, characteristics that seem exotic in this world where fundamentalists, sectarians and ignorant us they are wearing. Great lawyer for genetics and conviction. Santa Cruz will feel your absence. We shared the pain and frustration for this Argentina that is falling apart and some hope as well. His father, Gogo Pérez Gallart, a great politician and lawyer, and my mother, who loved him like a son, must have welcomed him with open arms and a smile.

A worker died in a mine in the Kemerovo region

Vania Bludau returned to Miami: “I am annoyed because I do not understand the harassment”