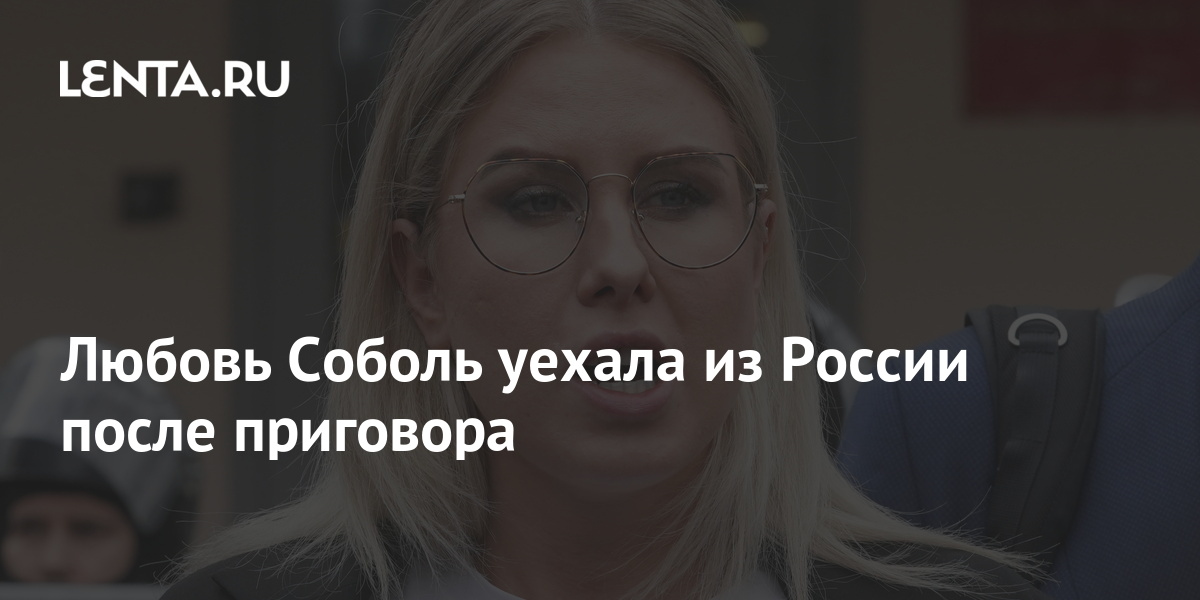 Lawyer of the Anti-Corruption Foundation (FBK, included by the Ministry of Justice in the register of organizations performing the functions of a foreign agent) Lyubov Sobol left Russia five days after the verdict on violation of sanitary standards at the protests. This is reported by the TV channel REN TV with reference to the source.

“Lyubov Sobol flew to Istanbul on a flight from Vnukovo on the evening of August 7,” the channel quotes the words of an unnamed interlocutor. It is known that she will make a transfer in Istanbul. Where it will go next is unclear.

By a court decision, Sobol is prohibited from leaving Moscow and the Moscow region.