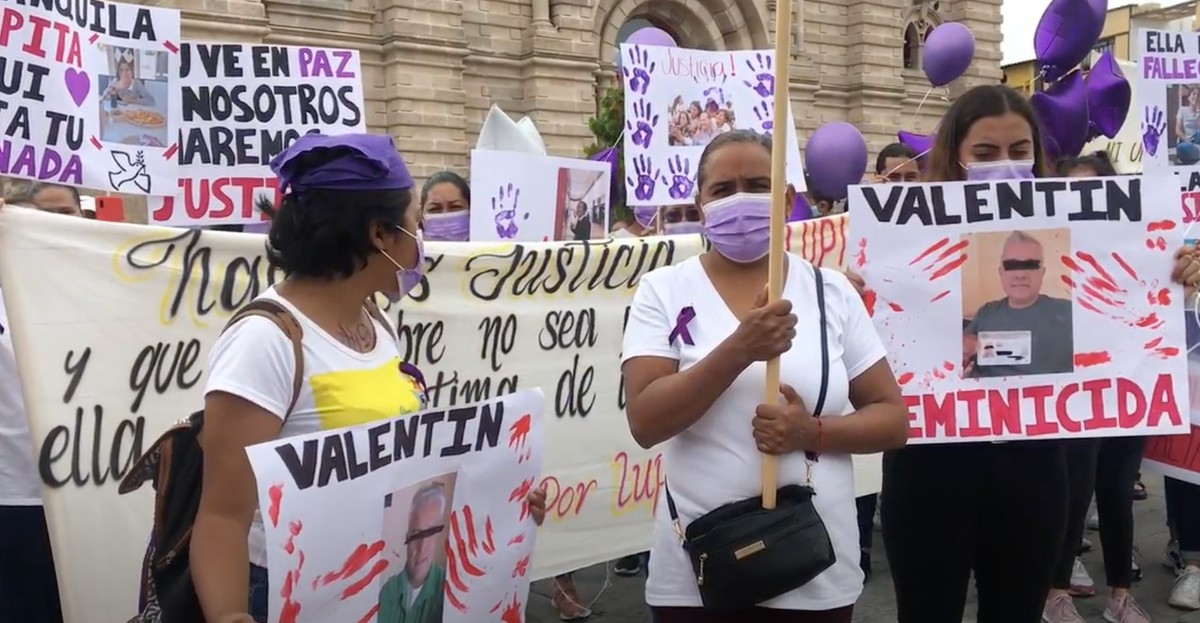 Relatives of a 19-year-old girl named Lupita, who died last Friday in a car accident when they were traveling from Lagos de Moreno to Aguascalientes, demonstrated this Thursday morning in the main streets of the capital of Aguascalientes.

The protesters accuse a CBTIS teacher named Valentín, who was traveling with her at the time of the accident and with whom he allegedly had a relationship in which there was mistreatment and abuse by him.

“We demand justice for my daughter because there is a cave of wolves over the sheep. We want to dismiss teacher Valentín Melgar because he teaches at the 24th high school and at CBTIS 195, he is very manipulative and my daughter unfortunately fell into his nets and took her to death “, he commented Rosa Isela Martinez, Lupita’s mother.

Likewise, the protesters left the roundabout of La Purísima to go along Madero Street and reach the Government Palace, where they were received by the director of the Ministry of the Interior.

Lupita’s relatives demanded the removal of the teacher, since it was not the only case in which the teacher maintained a relationship with a student, they also indicated that she taught at a secondary school.

“There are too many, in the CBTIS they cover it up a lot, that’s why we are going to raise our voices,” they said.

Lupita’s mother said that, as a result of her daughter’s relationship with this teacher, she had drastic changes in behavior and withdrew from her friends and family, which aroused the mother’s alerts.