Lukashenko threatened the EU with problems due to sanctions against Belarus 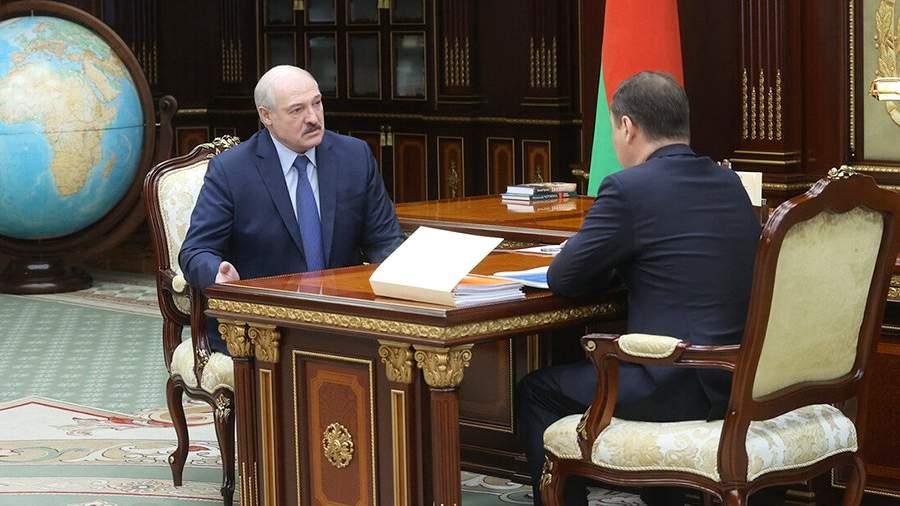 President of Belarus Alexander Lukashenko requested data on large projects and enterprises of the European Union operating in the republic. He gave such an order during a meeting with the Prime Minister of the country Roman Golovchenko, whom he received with a report on May 4.

Lukashenko drew attention to one of the problems – an attempt to “intimidate” Belarus with sanctions. According to the head of state, this cannot be left unanswered.

The Belarusian leader pointed out that “Europeans are especially zealous in intimidation,” and added that if they “want problems at home in connection with these sanctions, they will get them.”

“I won’t say anything else. Time will tell. But I’ll ask you how it was before this American show off in the economy, give me information about the largest European projects in our country and the enterprises that have been created in Belarus: let’s look at their work, ”Lukashenka is quoted as saying BelTA…

In addition, the Belarusian leader instructed the government, together with the Foreign Ministry, to look at the activities in the republic under the so-called Western humanitarian programs.

In turn, Golovchenko, speaking about possible new measures in response to the sanctions, noted that “we will continue to act according to the situation.” He recalled that the President adopted a decree on the introduction of special protective measures. The government has already partially implemented the rights granted by this document, the prime minister added.

After the presidential elections held in Belarus in August 2020 and ended with the victory of Lukashenka, protests erupted in the country. Those who disagreed with the voting results took to the streets. After that, relations between Belarus and Western countries deteriorated sharply. The elections were not recognized there as free, and Lukashenka was not recognized as the elected president.

In addition, on March 25, the authorities of Estonia, Latvia and Lithuania banned the entry of 118 supporters of Lukashenka, who are allegedly responsible for the suppression of the “pro-democratic movement” in the republic.

In response, Lukashenka signed a decree on March 30 on the introduction of retaliatory sanctions against foreign citizens and legal entities. The exact list of prohibited goods and services, as well as a list of specific foreign legal entities and individuals, was instructed to establish the Council of Ministers of the republic.

So, on April 23, Belarus introduced a ban on the import and sale on its territory of goods of a number of companies from foreign countries that had previously imposed sanctions against the republic. The list includes the products of the groups of companies Liqui Moly, Škoda Auto and Beiersdorf (including the brands Nivea, Labello, Hansaplast, etc.).