Lukashenko spoke about Putin’s proposals for Poroshenko on Donbass 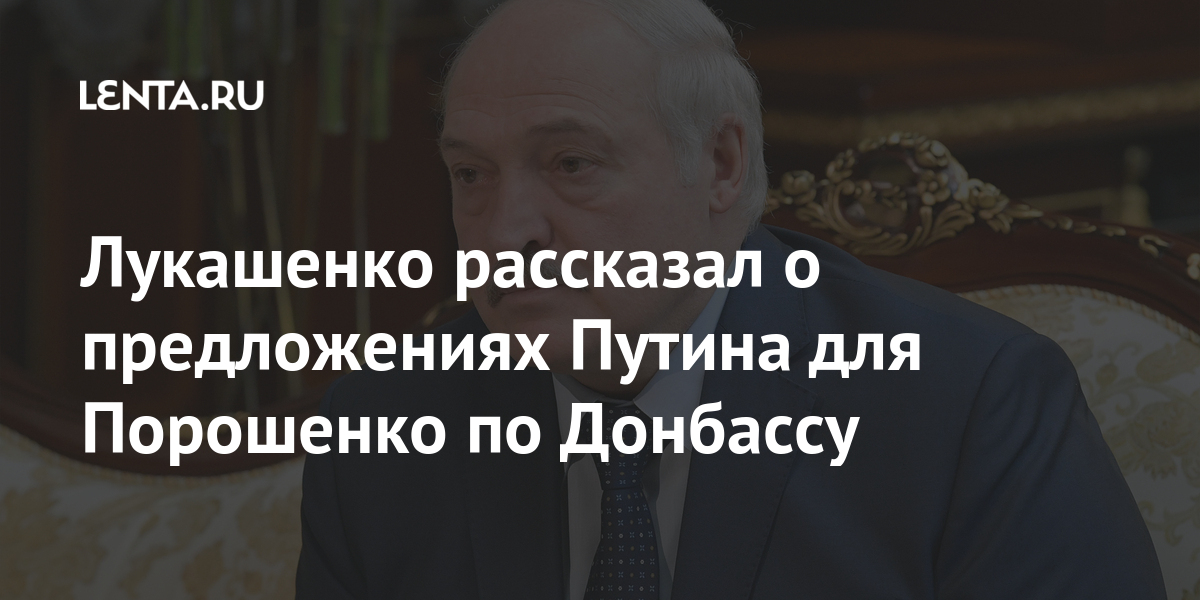 President of Belarus Alexander Lukashenko spoke about the proposals that his Russian counterpart Vladimir Putin conveyed through him to the Ukrainian leader Petro Poroshenko. BelTA informs about it.

Lukashenko spoke about the conflict in Donbass at a meeting with the deputy of the Verkhovna Rada Yevgeny Shevchenko. Normalization of the situation there depends only on Ukraine, he stressed. If “go according to the Minsk agreements”, it is possible that “somewhere it will catch Ukrainian interests a little”. “But believe me, Ukraine will win in the medium term,” Lukashenka assured.

According to him, everyone wants to “save face.” At the same time, Russia is a huge country that can greatly help Ukraine in restoring Donbass, he added.

“There were such proposals from Putin. He asked me to hand them over to Poroshenko. I told him, laid everything out. But then for the first time I understood unequivocally that Ukrainian politicians, the leadership are not independent, ”Lukashenka said.

It was necessary to make these decisions, to move “step by step”, and many questions would have already been resolved, he added.

“But I was a witness. This is not Putin’s fault. He offered. The suggestions were good. But the former president refused, ”Lukashenka concluded.

Earlier, the head of the republic estimated the number of friends of Belarus in Ukraine.

This is the financial labyrinth of the Super League

Call of Duty: Warzone update fixes Hunt for Adler event and shuts down under the map exploits